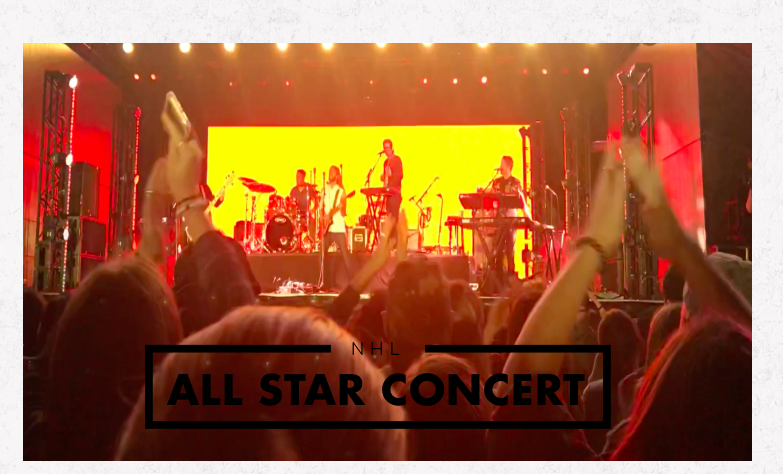 Fitz and the Tantrums shared with the crowd that they have performed in all fifty states. Photo Credit: Sara Phillips/ACHONAOnline

“[Stamkos] is such a nice dude. His hockey career is illustrious, he is a fantastic captain, and he really rallies the team even when they’re not doing so well,” Maddie Troy (‘19)

Then, pirates from the Ye Mystic Krewe of Gasparilla came out on stage and threw beads to the crowd, building excitement for the Gasparilla weekend.

Moon Taxi opened with a short set at around 8:30 p.m. before Fitz and the Tantrums’ performance, which lasted until around 10:30 p.m.

“My favorite song is the one about hand clapping, and it was so good live,” Katherine Nitchals (‘18)