The Weeknd Releases a New Album: “My Dear Melancholy,” 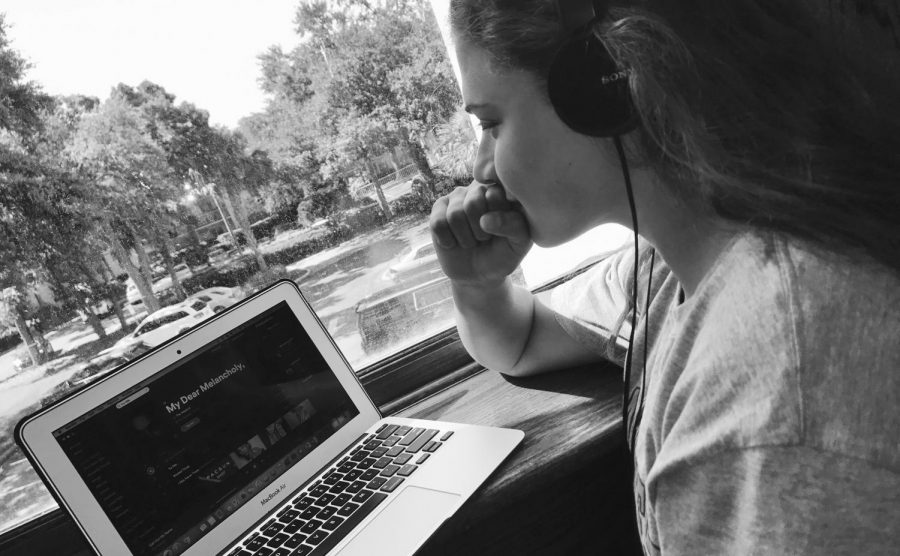 Alyssa LoSauro (’18) says, “I’m glad The Weeknd released this new EP because it is relatable for people who are going through a hard time and music helps overcome that.” Photo Credit: Alexis Alvarez/ Achona Online

On March 30, R&B/Soul artist, The Weeknd released a new album: “My Dear Melancholy.” The mini album containing six tracks: “Call Out My Name,” “Try Me,” “Wasted Times,” “I Was Never There,”  “Hurt You,” and “Privilege.” The album was produced by The Weeknd’s XO label and Republic Records.

Abel Tesfaye, also known as The Weeknd, typically writes emotional songs relating to experiences in his life. After dating actress and pop artist, Selena Gomez for 10 months, Tesfaye broke up with Gomez due to her contact with her ex, Justin Bieber. When Gomez and Tesfaye broke up, both reunited with their previous partners. Tesfaye began dating model, Bella Hadid again in November 2017. Some of his tracks are rumored to be about his past relationship with Gomez.

The Weeknd: Wasted times I spent with someone else. She wasn't even half of you.

Sophia Doussan (‘18)  is a fan of The Weeknd and has listened to all his albums.

Doussan says, “Honestly, although it was tragic, I am glad that Selena broke his heart, because this album is what we all needed. Aside from his amazing voice, I like how his music is distinctly ‘his,’ with the use of techno sounds and overlaps, and I feel like that is really shown through this album. His new songs are so deep and emotional.  Everyone has been in their feels because of it.”