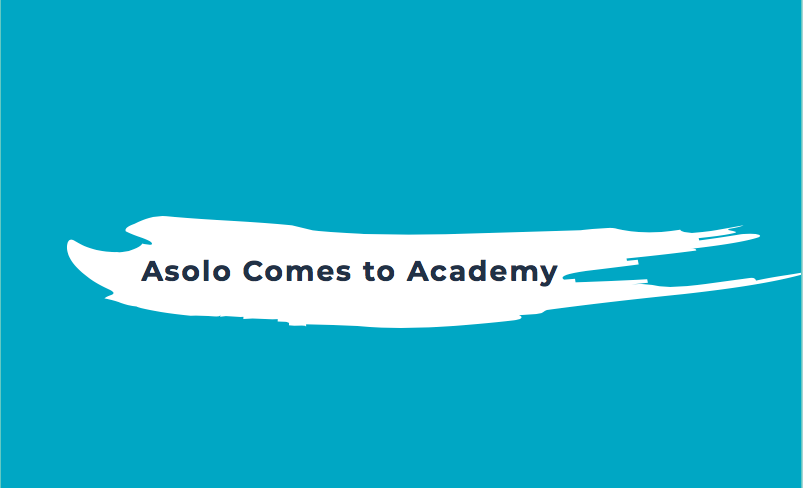 Asolo Theatre comes to AHN to perform for the high school classes.

The Asolo Theatre, from Sarasota, performed Shakespeare’s “The Tempest” for their tenth-year performance at AHN’s Bailey Center for the Arts. They performed for the freshmen and junior classes Oct. 8 and the sophomore and senior classes Oct. 9. “The Tempest” is about a man named Prospero, and his daughter, Miranda who live on an island. They were outcasted from Naples by Prospero’s brother, who now rules the land. The play is full of magic, drama, betrayal, and romance. Asolo Theatre made a few changes from the original play. For instance, Prospero changed to a female role named, Prospera.

Rachel Porter (’19) stated, “I really liked how Asolo changed Prospero to an African American woman. I like how they are becoming more relevant and bringing female empowerment into play.”

She thought that changing the gender in the play, was very empowering to women.

Sydney Lowman (’19) and Maria Almendares (’19) are two of the girls who worked with the Asolo group.

Lowman assisted the Asolo cast by helping them with the lighting.

Lowman stated, “I ran lighting and worked with Julianne Bland (’21) and one of the Asolo techs in the booth. Because we arrived early to welcome them, we got the opportunity to talk with him about their team and our own arts program here at the Academy. Since we were able to watch both performances, it was interesting to see both the intentional technical changes made and the atmospheric differences that naturally occur from one show to the next.”

Almendares contributed by helping the cast set up for the show.

Almendares said, “Since I’m a theatre club officer I got to help welcome the Asolo Theatre group and help them set up for the show. They were really nice and fun to talk to and they were very impressed with our knowledge of they play, a shout-out to the English department. I was a bit disappointed that questions were cut short because I feel like we get to know them better through those questions. However, I was very grateful that I got to experience seeing the play backstage and that I got to talk to the group on a more face-to-face level.”

AHN’s own production of “Cats“, is coming up soon. Julianna Jett (’19), who will be playing Mr. Mistoffelees, was very inspired, watching the Asolo performance of “The Tempest.”

Jett said, “They were very focused on the stage, but at the same time they had a connection with the audience. As someone who does plays that was very inspiring. Asolo, especially the funny characters, interacted with the audience and with “Cats” there are some funny things that happen and I’m very excited to take some aspects from “The Tempest” and use them for the play.”