Review of “The Chilling Adventures of Sabrina” 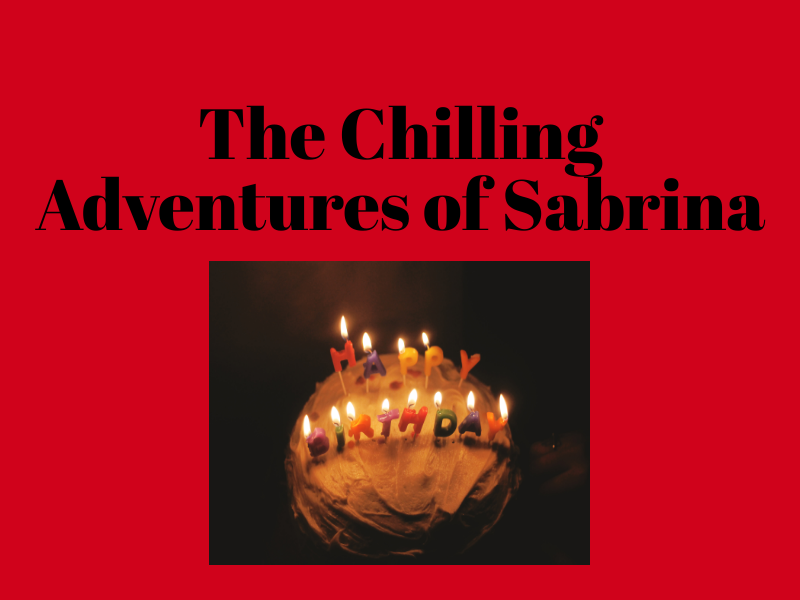 “The Chilling Adventures of Sabrina” are from the same producers of the show “Riverdale.”

The Netflix original television show “The Chilling Adventures of Sabrina” came out on October 26, 2018. It is based off the Archie Comics “Sabrina the Teenage Witch”.  People may remember the television show, which aired in the 90’s, although, “The Chilling Adventures of Sabrina” is much darker and creepier then the more light-hearted “Sabrina the Teenage Witch.” It has a total of 10 episodes within part one. It has been revealed that the show has already started filming for its part two.

The show follows teenager Sabrina Spellman, who is played by Kiernan Shipka, an actress known for her role in Mad Men. She plays a half-witch, half-human, who has to decide on her sixteenth birthday which of the two lives she wants to choose. She lives in a made-up town of Greenville with her two aunts who are also witches, which is similar to the show “Sabrina the Teenage Witch.” She feels torn between her two lives because her late father was a in figure in the witch community, but all of her friends are humans, including her boyfriend, who is played by Ross Lynch. Some may remember Lynch from the show “Austin and Ally.”

Some of the viewers liked how the show has both elements of comedy and horror.

“I just saw [the show] on Netflix, and it looked interesting. Also, people said that it was good. I’m not finished with the show yet, but I really like it so far. It’s scary, but it’s also kind of ironically funny at the same time,” says Sarah Kate Murphy (‘19).

I personally found this show to be very binge-worthy. I do have to admit that I found the show to be a little slow in the beginning, but it quickly started to catch my attention. I found it very creepy, but not to the point that I had to cover my eyes. I found the acting, especially the lead character Sabrina, to be very good and convincing. I did not know much about the storyline going into it because I never read the comics or watched “Sabrina the Teenage Witch,” but I am glad that I started it. I am eager to see what is to come in part two.

Some of the fans from “Sabrina the Teenage Witch”, were interested to see how this spin-off would compare.

“[The show] was magical. I had really high hopes because I loved “Sabrina the Teenage Witch”, but it kind of had a really different plot. I think they did a really cool job making it different from the original, says Lindsay Ayers (‘19).

Many of the viewers are interested to see how season two will play out.

“I did [like the show]. I thought it was well-acted and generally well put together. I grew up watching ‘Sabrina the Teenage Witch,’ and it was nearing Halloween. Netflix suggestions know how to get me. The show has chosen to stray pretty far away from some of the basic plot lines of the original comic. I think there will be a season two, but they’ll have to come up with a new hook, or the show isn’t going to hold together. The hook from season one is resolved in the second half of the final episode, so that obviously won’t work anymore. Much of it feels like other teenage shows out right now, but it is a far cry from the Sabrina I grew up with. I’m not sure how much of the original comic plot they used, but I do know there were a handful of major plot points left out of the show that would alter how they go forward, leaving room for the show to become original,” says English teacher Dr. Lauren Oetinger.