Noname Performs at The Ritz 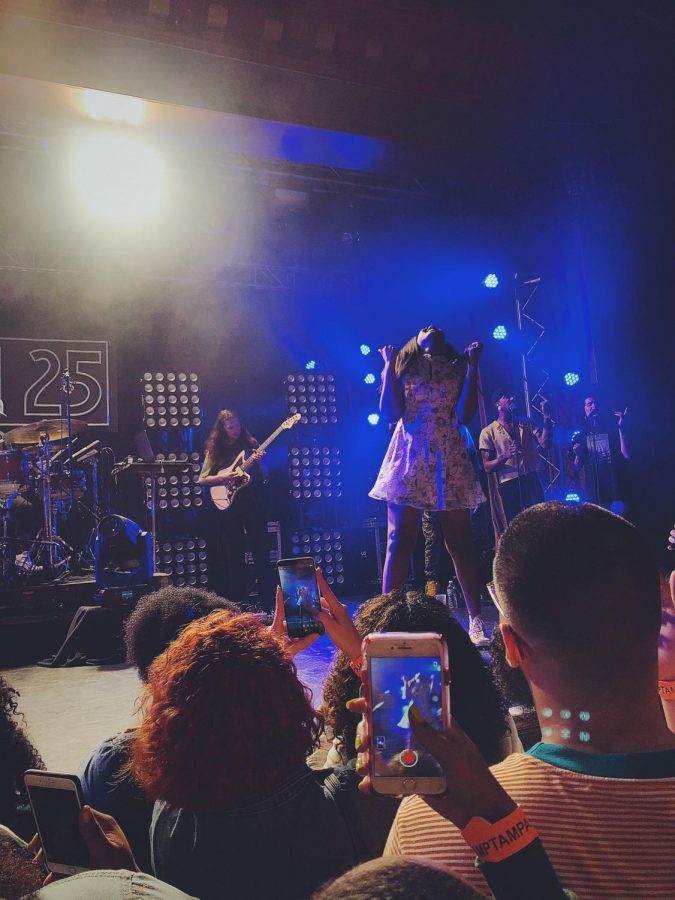 Noname worked on her most recent album “Room 25” while touring her debut album “Telefone,” and she released it in September of 2018.

27-year-old slam poet and rapper Fatimah Warner presents an authentic, eclectic range of music as she blends hiphop, jazz rap, r&b, and folk into “thought-provoking” art. Having already collaborated with peer Chance the Rapper, Noname glides into the rap world with ease yet strength with her debut album Telefone and her deeply personal Room 25 album.

Unfortunately, Noname performed for a little under an hour due to technical difficulties with her microphone.