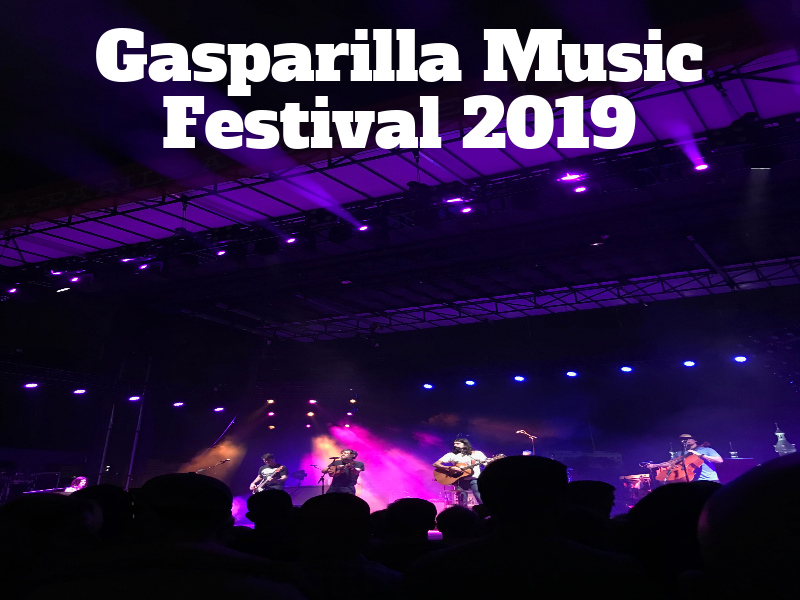 “I had a lot of fun. The bands that go are very good, most of them are very small, and not well-known. The best band I saw was The Pharcyde. Apparently Tupac was a backup singer for them,” says Callie Mellon.

One of the bands that performed was Parrotfish, which comprises of Matthew Rodriguez, Conor Lynch, Joe Cadrecha, and Trace Chiappe. Three of the band members attended Jesuit High School in Tampa, Florida and the band now attends Belmont University in Nashville, Tennessee. Also, Conor is alum of Academy and Siobhan Lynch’s (‘15) twin brother.

“Seeing Conor play was so fun, I’ve watched them since they were in high school, and it’s so cool to see how much their sound has evolved, and how they have such a distinct personality on stage! He’s definitely the cooler twin,” says Siobhan Lynch (’15).

Gasparilla Music Festival a two day long music festival that showcases many different artists and bands. There is even a spin class that takes place. There are many different food options at the festival. It is also a family-friendly event, so there activities for little kids like playing with instruments and face-painting. It is a popular music festival to go in Tampa Bay because the location of being in downtown Tampa overlooking the Bay, and there are several different genres of music, so there is something for everybody.

“This was my first year going to Gasparilla Music Festival and it was such an amazing experience! Some of my favorite bands like Flipturn and Parrotfish performed and it was such a fun atmosphere,” says Mary Kate Urbanski (‘17).