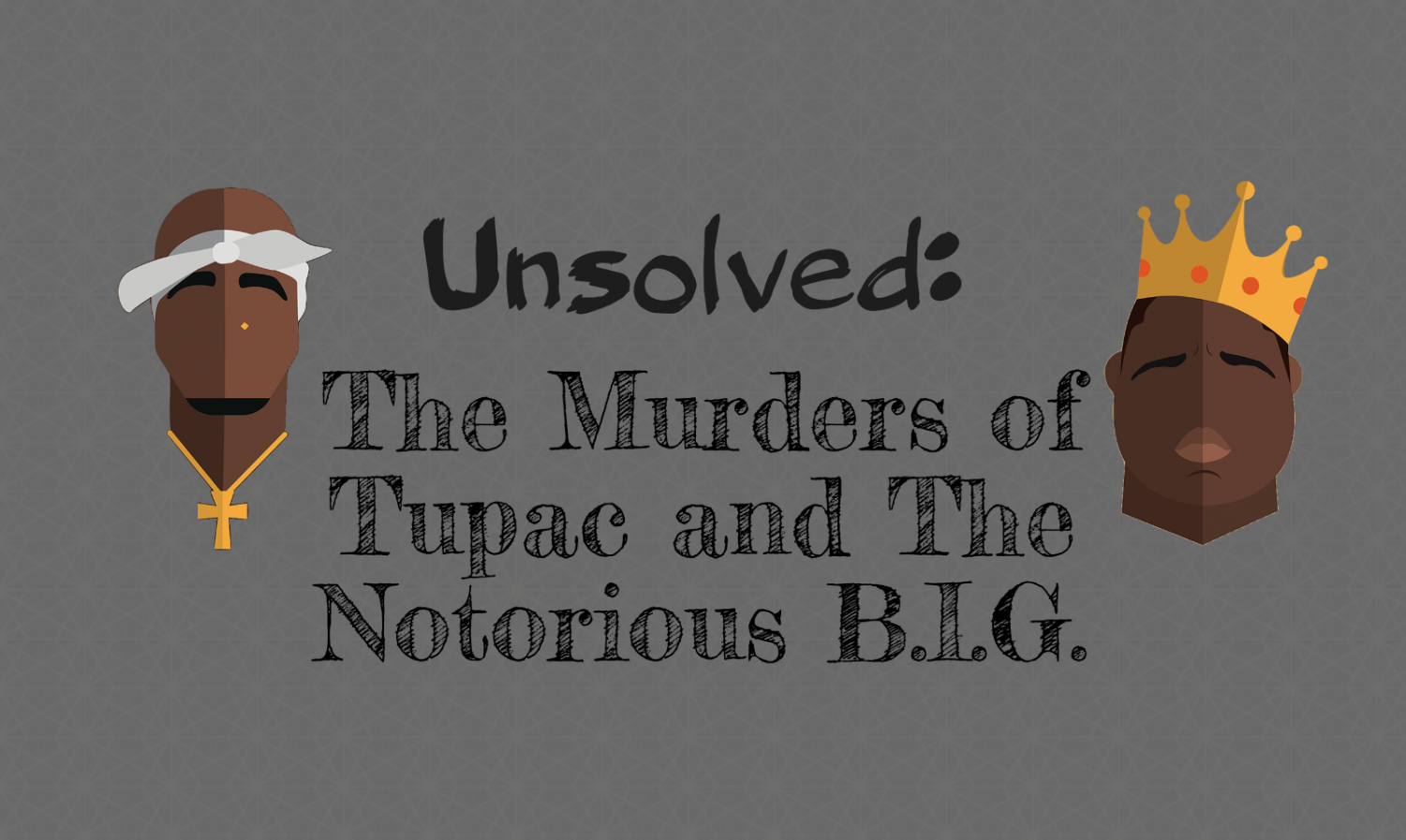 Credit: Olivia Fernandez/Achona Online A sample of one of Biggie’s songs, “Gimme the Loot,” is used on the second verse of Travis Scott’s newest hit “Sicko Mode.”

Credit: Olivia Fernandez/Achona Online A sample of one of Biggie’s songs, “Gimme the Loot,” is used on the second verse of Travis Scott’s newest hit “Sicko Mode.”

On February 27, 2019, Netflix released “Unsolved: The Murders of Tupac and The Notorious B.I.G.”. The series focuses on the specifics of the murders while also examining possible suspects connected to the crimes. The series consists of ten episodes, each ranging from 55 to 45 minutes long.

Season 1 of the true crime series follows the investigations of the murders of Tupac Shakur and The Notorious B.I.G. In 1997, Detective Russell Poole starts digging into Biggie’s death and uncovers a ring of corruption that plagues the LAPD; in 2007, Detective Greg Kading re-opens Poole’s now cold case with the help of a federal task force. Meanwhile, several flashbacks offer insight into Tupac and Biggie’s lives, first as friends and then as enemies.

The show was originally aired on The USA Network on February 27, 2018, exactly one year before being released on Netflix.

The 10-episode series is based mainly on the investigations of former LAPD detective and head of the task force, Greg Kading. Kading investigated both murders and documented all of his discoveries and speculations in his novel, “Murder Rap: The Untold Story of Biggie Smalls & Tupac Shakur Murder Investigations.”

Me watching this Tupac & Biggie #Unsolved series on Netflix pic.twitter.com/1O8pyaFnl0

The show cast includes Josh Duhamel, Jimmi Simpson, Bokeem Woodbine, Wavyy Jonez, Marcc Rose and it was produced by Anthony Hemingway. Hemingway is also known for his work on many other true crime productions such as, “The People v. O.J. Simpson and American Crime Story.”

Junior Gabby Butler said, “Conspiracy theories and mysteries like this have always interested me and I have always heard the doubts and theories about the murders of Tupac and Biggie and I am excited to see what the creators of the series have in store.”

The story of the murders has been told from a plethora of different sources, most popular being on the BuzzFeed Unsolved YouTube channel. In the two-part YouTube episode, members of the BuzzFeed team retell the story while also discussing popular conspiracy theories revolving around the unsolved case.

Junior Molly LeePack said, “Earlier last year I watched a few conspiracy theory videos on YouTube about the Tupac and Biggie murders but they never really went in depth in the video itself. I’m really excited to watch this new series so I can hear this story be told from a new perspective.”

On the review website Rotten Tomatoes, the series holds an approval rating of 73% based on 26 reviews, with an average rating of 5.93/10. The website’s critical response reads, “Unsolved’s prestige aspirations don’t always work in its procedural structure, but strong performances and an ambitious spirit to find truth in this real-world mystery create an engaging exploration of two of pop culture’s most notorious influences.”

Many of the positive reviews of the show have to do with the music soundtrack. Viewers have stated that, at times, the songs accompanied in the episodes make the show worth the watch. Songs on the series’ track list range from artists such as Biggie and Tupac themselves, to modern day artists like Jennifer Hudson and Rag’n’Bone Man.