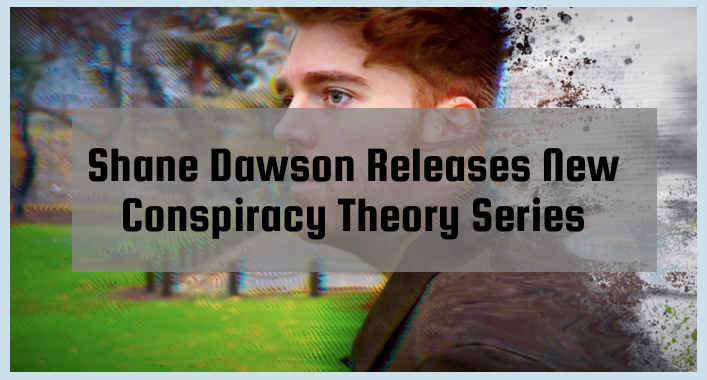 Dawson joined YouTube in 2005, and since then, he has accumulated over four billion views. ((Photo Credit: Juliana Ferrie/Achona Online/Piktochart))

Dawson joined YouTube in 2005, and since then, he has accumulated over four billion views.

On January 30, 2019, YouTuber Shane Dawson released his highly anticipated series investigating a wide range of conspiracy theories. The videos, which consist of a total of two parts, have amassed a total of 59 million views since its release, with part one reaching an impressive 34 million views while part two, which was released on February 11, 2019, has 25 million views. Dawson’s conspiracy videos are his first new release since his Jake Paul series in October, adding to his fan’s excitement.

Dawson’s first video, titled “Conspiracy Theories with Shane Dawson,” has a running time of one hour and 44 minutes, making the wait worth it for many of his fans. During the video, Dawson goes into detail about several theories, including those surrounding Apple products, subliminal messages in children’s shows, deep fakes, and the California wildfires, among others.

Anamaria Lefler (’19) said, “Shane went from short little videos trying foods and doing to skits to one of the most less popular YouTubers. He was still good, but now he has reached a point where is has 20 million subscribers, which is insane. I’m just really proud of him because I have been watching him for so long and to see him progress is great. I really like his conspiracy theory videos because I think they are really well-produced and interesting.”

I wanna talk to u guys about the theories! tweet me ur live thoughts and reactions to them! i’m so excited!!🔺🌎🔺 pic.twitter.com/vw3cwasG3e

Dawson and cameraman Andrew Siwicki’s unique editing style adds to the series allure. Their use of first-hand investigations, as well as a wide range of media, contributes to the series’ overall appeal. Dawson and Siwicki’s use of suspenseful music, video mashups, and fast-cut editing draws their audience into their videos, and most importantly, the conspiracy theories Dawson discusses.

Although he explicitly states that the conspiracy theories are simply speculation, everything about Dawson’s tactful approach makes his conspiracies seem like a plausible reality. Furthermore, the unsettling nature of the videos makes his audience want to believe them and to do their own research, explaining the series’ popularity.

“Investigating Conspiracy Theories with Shane Dawson,” the second video of the series, takes a unique, first-hand approach to the topics discussed by Dawson. For example, throughout the video, Dawson puts three different conspiracy theories to the test. These theories include voice replication technology, the dangers of sex-trafficking on online dating platforms, and the production of Chuck E. Cheese pizza.

Although it seemed like Dawson could not upstage himself, he did so with his second video. Dawson split the video into three different parts while switching between investigations, keeping his viewers on edge. First, Dawson tested voice replication technology on himself and his friends with mixed results. Although the replication was occasionally spot on, most times it sounded too much like a robot to be believeable.

On top of this investigation, Dawson also put the long-running conspiracy about Chuck E. Cheese pizza to the test. For years, there has been speculation that Chuck E. Cheese uses leftover pizza from other customers to form new pizzas. Dawson and Siwicki visited a Chuck E. Cheese in L.A. to order their own pizza, whose pieces did not all seem to come from the same pizza.

After the video’s release, however, Chuck E. Cheese was quick to comment on Dawson’s theory, claiming that all their pizzas are made fresh from scratch.

Emma Grace Coley (‘22) said, “I think that Chuck E. Cheese is lying and recycling their pizza. I think this because Chuck E Cheese is kind of sketchy anyways, and it’s not above them to do this.”

The claims made about Chuck E. Cheese’s and our pizza are unequivocally false. No conspiracies here – our pizzas are made to order and we prepare our dough fresh in restaurant, which means that they’re not always perfectly uniform in shape, but always delicious.

From a personal perspective, the most attention-grabbing part of Dawson’s video was the first-hand account of Brittani Louise Taylor, who is a fellow YouTuber and friend of Dawson. Taylor described her own online dating experience in which she was deceived and threatened, resulting in the involvement of the FBI and the judicial system. According to Taylor and Dawson, her ex-fiancé, who was an immigrant from Serbia, attempted to traffic both Taylor and their son.

Mckenzie Diaz (‘19) said, “I really enjoyed Shane’s series, especially the second video, because he brought the conspiracies to life and tried them out for himself. Shane’s content is so interesting because he weaves in research and real life videos, which keep the viewer entertained and always waiting to see what happens next.”

In the past week, Dawson announced that he has started filming his second series with beauty YouTuber Jeffree Star, which fans are already excited to watch.