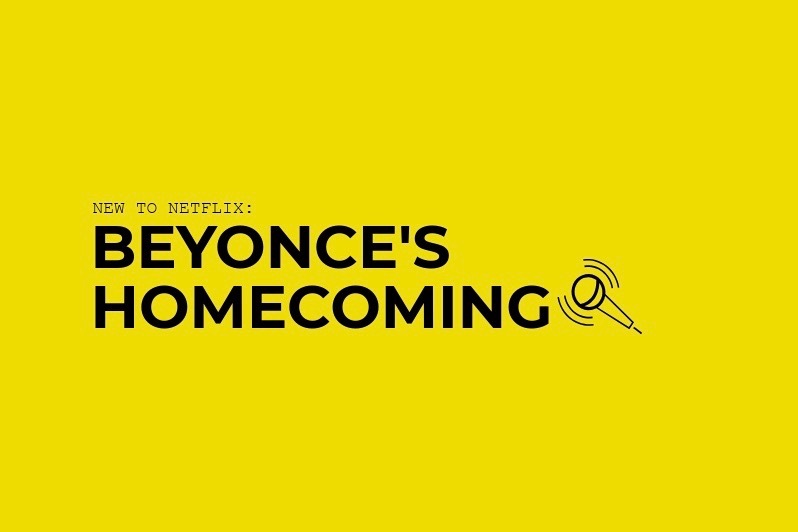 There was 4 months of band rehearsals before they began choreographing the dance routines for Beyonce’s performance.

Beyonce’s new film, Homecoming, was released on April 17, 2019. Homecoming is a concert film about Beyonce’s performance at Coachella in 2018.

The beginning of the film begins with a performance of her concert and shows behind the scenes footage of their rehearsals and thoughts from Beyonce. Throughout the film, she continuously mentions that she wanted everyone who felt like they have not represented themselves were on stage showing the world who they were and their talents.

This film was inspired by Beyonce’s dedication to her Coachella performance and how she aimed to bring her culture to the stage. Beyonce mentions, “I wanted to feel the way I felt when I went to battle of the bands because I grew up seeing those shows, and that being the highlight of my year.”

Grace Lahart (‘21) says, “I wasn’t really a huge fan of Beyonce so I didn’t have any interest watching the film at first. Then one night when I was with my friends, we decided to watch it and I ended up liking Beyonce more as person and started listening to her music more.”

Beyonce also focuses on the idea of blackness and feminism in society, making it hold such a strong and powerful message to viewers.

Many celebrities have paid tribute to Beyonce for her new film such as Michelle Obama, Sandra Oh, and Mindy Kaling honoring her for the message behind the performance and the confidence Beyonce has performing.

So proud of my girl! The Queen has done it again. @Beyonce, thank you for always living your truth. #Homecoming pic.twitter.com/NlNkKIwqN6

During practices for the show, Beyonce was pregnant with her twins, Sir and Rumi Carter. Although, this did not stop her from working hard and being dedicated to the performance. After her pregnancy, she went on a no bread, no carb, no sugar, no alcohol, no dairy, no meat, and no fish diet in order to meet her goals.

In the film, Beyonce’s clothes continuously switch from yellow to pink, demonstrating the two weekends of Coachella that Beyonce performed in. Her outfits had the logo BAK written on it, but replacing the A with a Delta symbol. The meaning behind this logo is B for beyonce, the Delta symbol represents the number four (which is Bey’s favorite number), and K for the first letter of her middle name, Knowles.

Before the film was released, Beyonce was also credited for her advertisement of the new film. Billboards and posters announced and illustrated the Homecoming title, but Beyonce’s name was not shown in one piece of advertisement. People noticed this, recognizing her as silent and powerful.

Chloe Kruszewski (’19) says, “I think that the movie was really good and portrayed a lot of important topics in society today, although, I wish there was more than just the concert and practices. It was super interesting to watch but sometimes it got a little repetitive. Overall, I would rate it a 7/10.”