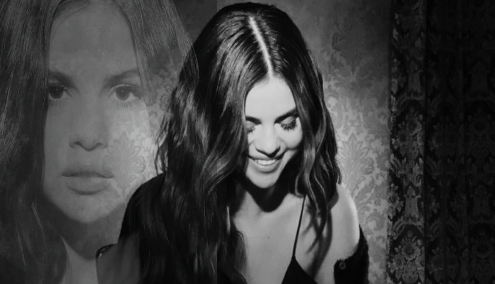 Gomez initially planned to release her upcoming album two years ago, but she states if she would have dropped her album then, “none of the words I’m speaking would have existed.” Also, on Thursday, October 24, Gomez released a surprise single titled “Look at Me Now.” ((Photo Credit: Director Sophie Muller))

Gomez initially planned to release her upcoming album two years ago, but she states if she would have dropped her album then, “none of the words I’m speaking would have existed.” Also, on Thursday, October 24, Gomez released a surprise single titled “Look at Me Now.”

Analysis and Review of “Lose You to Love Me”

On Wednesday, October 23,  actress and pop singer Selena Gomez released her single “Lose You to Love Me.” It had been four years since Gomez’s last album “Revival” in 2015. However, those four years proved to be a struggle for her as she endured a kidney transplant in 2017, while battling lupus, dated The Weekend, and briefly rekindled her relationship with Justin Bieber.

Meanwhile, in those years, she worked on her soon to be released album, although the exact date or title is still unknown, which Gomez states “is all about where I am now and where I’m going.”

“You promised the world and I fell for it. I put you first and you adored it. Set fires to my forest and you let it burn” are the first words listeners hear in “Lose You to Love Me.” Instantly, Gomez grabs their attention with powerful words.

Kyla Monts (‘23) said, “When she sings it, it’s very passionate, and you can really hear her experiences through her voice. Also, I loved her music video because it’s really simply, but I think having the video be so simple makes the song better.”

Many speculate her song is in response to her “on-off relationship with Justin Bieber and his subsequent marriage to Hailey Baldwin” soon after they had broken up. Gomez sings “in two months, you replaced us,” possibly alluding to it. Yet, whether it is true or false, her lyrics transcend beyond that to emphasize the importance of putting yourself first and not allowing others to cloud your happiness, which can apply to everyone.

“I do think it goes beyond just her breakup. I think it’s just a really good song for anyone going through anything, even if it’s not a relationship. Even if it’s like losing a friend, a toxic friend. Sometimes you are going to have to lose some people to learn how to love yourself better,” said Monts.

When she sings, “Set fire to my purpose and I let it burn,” Gomez conveys that allowing others to be negative towards you, “burns” who you are. In addition, her lyrics “I needed to hate you to love me” signifies that the only way to regain love for yourself is to distance yourself or “lose” those you may love, but hurt you.

High School Mathematics teacher Megan Dubee said, “I don’t agree with ‘I need to hate you’ at all, but I would totally agree that there are things we need to let go of in our lives in order to love ourselves better. At the end of the day, we need to ask ourselves: does this person have my best interest in mind or not? And, we should not let ourselves get caught up with people that do not want what’s best for us in our lives.”

You should equally care for yourself as you care for others.”

Finally, to conclude the song, Gomez sings “And now the chapter is closed and done.” By her expressing this, she is forgetting the hurt people have caused her and chooses to move on and focus on self-love and confidence. She urges listeners to do the same; by presenting her own story in the song, she hopes to steer people from experiencing the same pain she had to reach this point in her life.

“Lose You to Love Me” embodies the perfect, story-telling song people of all ages and genders needed to hear today in society. By simply listening to it, people are left feeling love and self-worth — something many people lack or lose sight of when devoting more time to others than themselves.

Casey Buckley (‘21) has not listened to Gomez’s song, yet she does agree with its message. Buckley said, “I find it very important to really appreciate yourself and the importance of what God has given you in this world. You should treat yourself with respect and love.”

Many also did not like the song, however, such as Madeleine Testaverde (‘20).

She said, “I don’t really like it. I like Selena Gomez, but I don’t like her music that much. I find it boring. I think it just drags on. I like music that has a beat and that you can dance to.”

However, the lyrics in “Lose You to Love Me” do present thematic elements of self-love and letting go which listeners, whether they like the sound of the song or not, should incorporate into their own lives to simply — be happier.

Just like Gomez, Dubee says, ” I would encourage my students that they deserve authentic love and to never settle for anything less.”