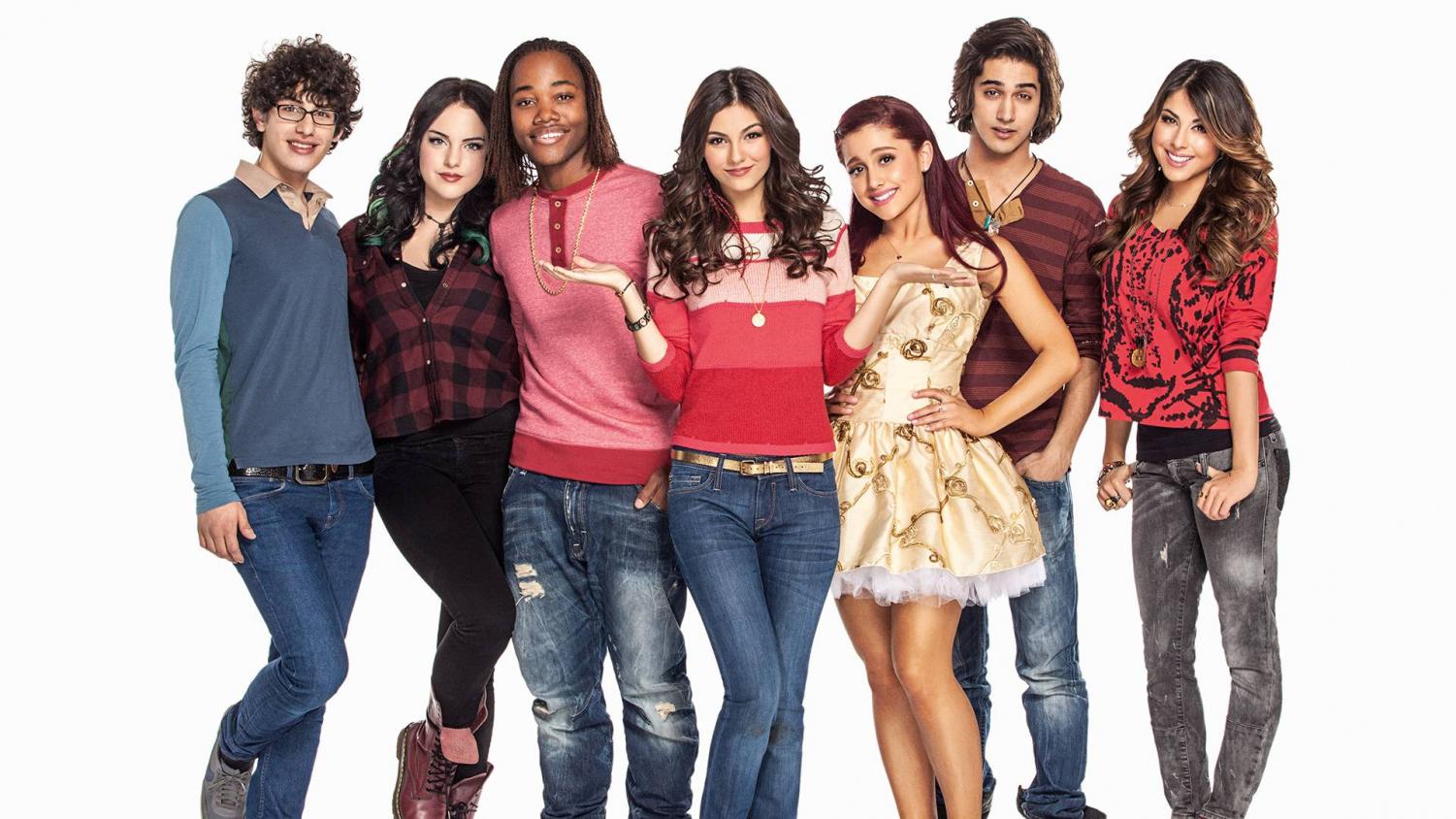 Burbank High School, which is about 15 minutes away from the set, was portrayed to be Hollywood Arts High School. (Photo Credit: Hope Joffray/ Schneider's Bakery/ Sony Music Entertainment/ Nickelodeon Productions)

Burbank High School, which is about 15 minutes away from the set, was portrayed to be Hollywood Arts High School.

The Victorious Cast: Where Are They Now?

Following the addition of the well-known Nickelodeon TV show, “Victorious”, on Netflix, many have been reminiscing on their favorite episodes and are rewatching seasons altogether. The show aired during a time when sitcoms such as “iCarly” and music-based movies such as “High School Musical” were popular. Since the show has a light-hearted and comical nature, it appeals to a younger crowd and was a big hit with our generation.

“I like Victorious because it makes me “#freakthefreakout”, which happens to be one of my favorite episodes. I live vicariously through Rex the puppet because he makes me smile. The show brings me back to my childhood because I used to watch it a lot when I was younger,” said Sam Weaver (‘20).

After being reminded of the entertaining show, it makes us question where the cast is today. What have they done with their lives since the show was finalized? To start off with the main character, Tori Vega played by Victoria Justice, has continued her acting career by filling numerous roles with a lead role as Janet Weiss in the TV remake of “The Rocky Horror Picture Show”, which aired in 2016. She has also gotten involved in philanthropy, taking a stand for AIDS research and awareness.

Moving on to Cat Valentine, played by Ariana Grande, who was played to be a bubbly, ditzy, and very sensitive teenage girl. Grande has had an incredibly successful career prior to the show, becoming one of the most well-known pop sensations of our time. Grande released her first album “Yours Truly” in 2013 and has grown tremendously ever since. She also found herself in multiple acting roles such as Cat Valentine in “Sam and Cat”, Chanel #2 on Fox’s “Scream Queens”, and Penny Pingleton on NBC’s “Hairspray Live!”. Who would’ve thought that the character portrayed as an airhead would’ve gone the farthest?

Beck Oliver, played by Avan Jogia, was the boyfriend to Jade. Jogia continued his acting career, gotten involved in directing movies, and has recently published a book called “Mixed Feelings: Poems and Stories” where he interviews people of mixed race and shares his own poems about his family, background, and his struggles with his mixed identity. He even walked the runway at Dolce and Gabbana’s June 2017 show, which was held during Milan Men’s Fashion Week.

Jade West, played by Liz Gillies, was sarcastic and tough and the best friend to Cat. Gillies continued her acting career, starring on the FX series “Drugs and Rock N’ Roll” as Gigi Rock.  She also stared in the CW’s “Dynasty” as Fallon Carrington. Gillies and Grande remained close friends. She took part in Grande’s “Thank U Next” music video where she acted as Cady Heron from the well-known teen drama “Mean Girls.”

Andre Harris, played by Leon Thomas, was the talented singer, songwriter, and musician who welcomed Tori to Hollywood Arts with open arms. Thomas continued his acting career, which he juggled with his music. He helped Ariana Grande write and produce songs for her debut album “Yours Truly” and worked with Post Malone on his album “Stoney.”  He also took up acting roles in the Kathryn Bigelow show “Detroit” and HBO’s Golden Globe Nominated show “Insecure.”

Trina Vega, played by Daniella Monet, was Tori’s older sister. Monet continued working with Nickelodeon by starring as Tootie in “A Fairly Odd Summer” alongside well-known teen actor Drake Bell. She also hosted “Paradise Run”, one of Nickelodeon’s game shows. Nowadays, she lives a vegan lifestyle and is quite open about her support for animal rights. She started a Youtube channel where she posts mostly lifestyle videos. Her and her boyfriend, Andrew Gardner, got engaged after dating for five years and they welcomed a baby boy into the world September of this year.

Lastly, Robbie Shapiro, played by Matt Bennett, was the awkward and goofy teen who carried around his puppet, Rex. Bennett has starred in several tv shows over the years including “Shameless”, “The Big Bang Theory”, and “Grey’s Anatomy.” He remained in close contact with Grande, as he took part in her music video for “One Last TIme”, as well as “Thank U Next.” In 2016, he released his own album called “Terminal Cases.”

The cast of Victorious has been quite busy since the end of the show. They have become quite successful in the music and film industry. Each and every one of them have continued to embrace their creativity and achieved many great things. Talk has been going around about a Victorious reunion and most of the cast seems to be on board. Fans are questioning whether or not a reunion would be a good idea.

I wouldn’t go as far to say that there should be a Victorious reunion episode, but I do think that there should be more reruns on TV because it’s a great show. It would be cool to see the cast all together to reminisce on their memories from the show”, said Hannah Brudy (‘21).