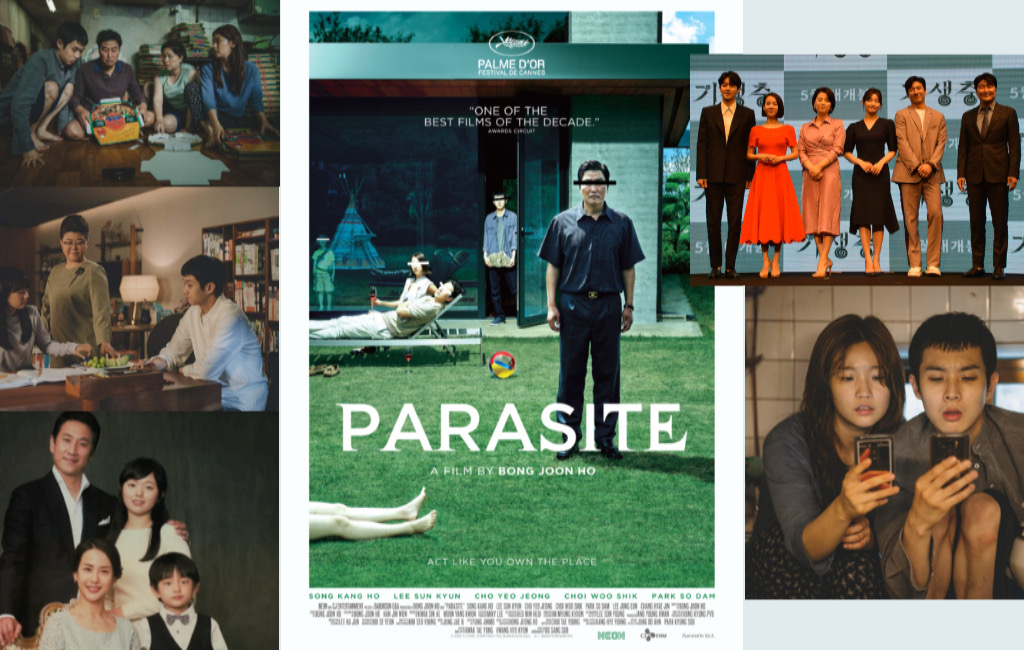 ““Parasite,” a dark comedic thriller about a working-class family of con artists who infiltrate the home of a well-to-do family, is the first South Korean movie to be nominated for Oscars for best picture and best international film.” (Photo Credit: Hope Joffray/ Achona Online)

““Parasite,” a dark comedic thriller about a working-class family of con artists who infiltrate the home of a well-to-do family, is the first South Korean movie to be nominated for Oscars for best picture and best international film.”

Parasite, a South Korean thriller film about the obvious gap between rich and poor, brings to light a very important topic: the culture of wealthy people as compared to that of the less fortunate is completely different. Furthermore, the film highlights the fact that those of less fortune often have to break some rules and be sneaky in order to get what they want, whereas for those who financially prosper, for the most part, have an easier time obtaining what they desire. Receiving a Golden Globe for “Best Foreign Language Film”, “Best Director”, “Best Screenplay”, a rating of 99% on Rotten Tomatoes, along with many other awards and nominations, the film has earned very positive feedback since its release.

It begins with an introduction to the Kim family, living in the slums of South Korea. The parents, Ki-taek and Chung-sook, were recently unemployed and struggled hard to provide for the rest of the family. The son of the family, Kim Ki-woo, is offered a job as a tutor for the daughter of the Park family, who are very wealthy and live in a large modern house in the nicer area of Southern Korea. Both families end up colliding and the lavish lifestyle of the Park family is exposed to the Kim family, causing them to do some unordinary things.

Just being nominated along with fellow amazing international filmmakers was a huge honor. I think we use only one language: the cinema.”

The director, Bong Joon-ho, did an incredible job in highlighting the contrast between the lives of both families. He included a very noticeable difference in the lives of both, portraying the Kim family as one who lives in a small garden unit, struggles to find work, rejoices when they can access wifi, are fumigated on, and have to watch men urinate in the alley outside their home. He then depicts the Park family to live a very lavish life, offering their children tutors and art teachers, having a close relationship with their housewife, taking vacations, enjoying a high-class career, and having food at the snap of a finger.

Some may initially decide to refrain from seeing Parasite because of the fact that it is displayed in Korean with English subtitles. Although, I would say that the inclusion of Korean was what made the film so compelling. It really allowed you to dive into the culture and get a feel for the lives of the characters. It was a simple addition, but played an important role in the overall impact of the film. As Bong said “Once you overcome the one-inch-tall barrier of subtitles, you will be introduced to so many more amazing films.”

Bong Joon Ho: "Once you overcome the one inch tall barrier of subtitles, you will be introduced to so many more amazing films" https://t.co/oWOsq8YtW4 pic.twitter.com/mJAJhEIH4U

“Parasite was the first foreign film I’ve seen and I was a bit hesitant about how I would adapt to the subtitles, but after a while, I couldn’t even tell that they were there. I quickly picked up on the juxtaposition between high society in South Korea and impoverished people, which I think goes to show how well the script was written. There were many unexpected twists, but I don’t want to give any spoilers. Although, I would definitely recommend you go see it yourself, said Anna Warnke (‘20).”

In my opinion, the release of Parasite was a great way to end out the decade. I thought it was one of the best movies I’d ever seen. From the way it was filmed to the overall storyline, I was really impressed. What I found to be most interesting was how Bong turned such a simple idea into something so powerful, eye-opening, and compelling. I had never seen a movie like it. The incorporation of foreign films into American culture not only draws on a closer connection to the nations around us, but it makes us realize that we aren’t that different after all.