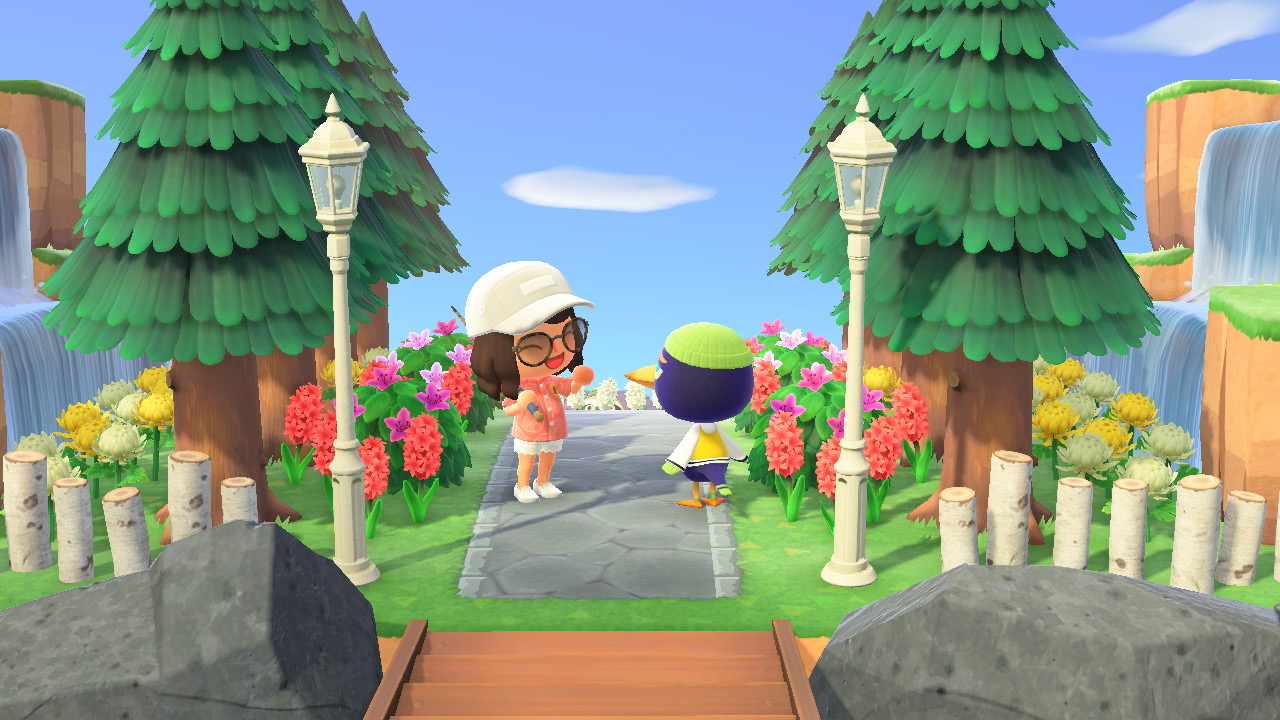 Animal Crossing: New Horizons, the fifth installment of the game, was originally set to release in 2019. Due to unexpected delays, it was finally released on March 20, 2020 for the Nintendo Switch Console. (Photo Credit: Emara Saez/Achona Online)

Animal Crossing: New Horizons, the fifth installment of the game, was originally set to release in 2019. Due to unexpected delays, it was finally released on March 20, 2020 for the Nintendo Switch Console.

Why is Animal Crossing so Popular?

In case you haven’t heard, Animal Crossing: New Horizons has become an instant hit during quarantine. Out of nowhere, the game has skyrocketed in popularity and has broken the console game record for most digital units sold in a single month. Even celebrities like Chrissy Teigen and politicians like Alexandria Ocasio-Cortez have been playing the game. So what is Animal Crossing, and why has it become so popular?

Animal Crossing is a game series developed by Nintendo and created by Katsuya Eguchi. Since its initial launch in 2001, five games have been sold across various consoles such as the Nintendo 64, GameCube, Wii, Wii U, Nintendo DS, and most recently the Nintendo Switch. The most recent installment of the series, Animal Crossing: New Horizons, has sold over 13.41 million copies since its launch on March 20th.

“I’ve always loved the Animal Crossing games because there’s always something to do. It’s really fun to be able to build up a town from scratch, and to be able to interact with the other characters. I’ve spent over two thousand hours on New Leaf, and was excited for New Horizons because there was a lot of stuff added that gives you more freedom and more control over customizing your island,” said Maddie Glaum (‘21).

New Horizons is a simulation game in which the player assumes the role of a character that moves to a deserted island after purchasing a getaway package from Tom Nook, a villager who operates the Residential Services on the deserted island. In real time, players are allowed to explore and decorate their island as they please. The goal of the game is to develop the island into a community of animal villagers, gain the attention of in-game celebrity KK Slider, and achieve a 5-star island rating.

The game proceeds in an open-ended fashion, and players are allowed to forge their own paths at their leisure. Players can collect furniture, craft items, fish, catch bugs, customize their characters, talk to villagers, visit other islands, and gain Bells, which is the form of in-game currency. The open concept of the game has proved to be its defining feature, as players are hooked in by the escapism aspect of the game.

#AnimalCrossing #ACNH small details like the plane trail in the sky after visiting friends are what makes this game such a vibe pic.twitter.com/Vv2kWxX8Se

“There truly are endless possibilities in New Horizons, and that’s why I think it’s become so popular, especially during quarantine. There’s always something to do in the game, whether you’ve had it for two days or two months,” said Glaum (‘21).

Though the aesthetics of the game may lead one to believe that the game is geared towards children, the game appeals to a large audience. The game rating indicates that the game is appropriate for players three and up, yet New Horizons has created a dedicated community of players among all age ranges. In particular, Millennials and Generation Z seem to be the majority of the game’s fanbase.

It makes sense that the game has skyrocketed in popularity, especially since most of the world is under stay at home orders due to the COVID-19 pandemic. For many players who are at home during the pandemic, the release of the game is a conveniently timed, lighthearted distraction. The upbeat feeling combined with the nostalgia of the game has kept new and old players hooked.

“The pandemic definitely has something to do with its popularity. Although previous Animal Crossing games have been popular —because people enjoy being able to control every aspect of their life and set up their own town— [New Horizons] is astronomically more popular because now people don’t have the opportunity to live their normal lives in the real world, so they take advantage of being able to do so in this game,” said Sophia Hasara (‘21).

been really enjoying making these for people, i love seeing how everyone expresses themself through their islanders fashion choices! 💛 pic.twitter.com/Un2X6IAame

The game has also expanded beyond its main platform and onto social media. Players have been avidly sharing home decor ideas, clothing designs, and game tips on various social media platforms. The game has become especially popular among Twitter users; Rishi Chadha, the global head of gaming partnerships at Twitter, said that “conversation volume since launch has grown over 1,000 percent and the number of people tweeting about the game has grown over 400 percent.” Since the release date, there have been over 38 million tweets about the game.

“I actually started playing Animal Crossing a long time ago. I was probably six or seven, and I would play it on the Nintendo GameCube. I got into it because my older siblings played it and I liked being able to have my own little town with all my animal friends. Now, it’s more of a nostalgic thing for me, as New Horizons has some really cool features that the old versions don’t. Quarantine has given people a lot more down time, and I think that has contributed to why the game is so popular right now,” said Rachael Petrarca (‘21).

As one of the dominant pop culture phenomena during the pandemic, “Animal Crossing: New Horizons” has made a huge impact on players looking for a distraction. The harmless fun, relaxing vibe, and convenient timing have made the game a staple for many homes. It’s clear that the game will continue to make a splash, one island at a time.