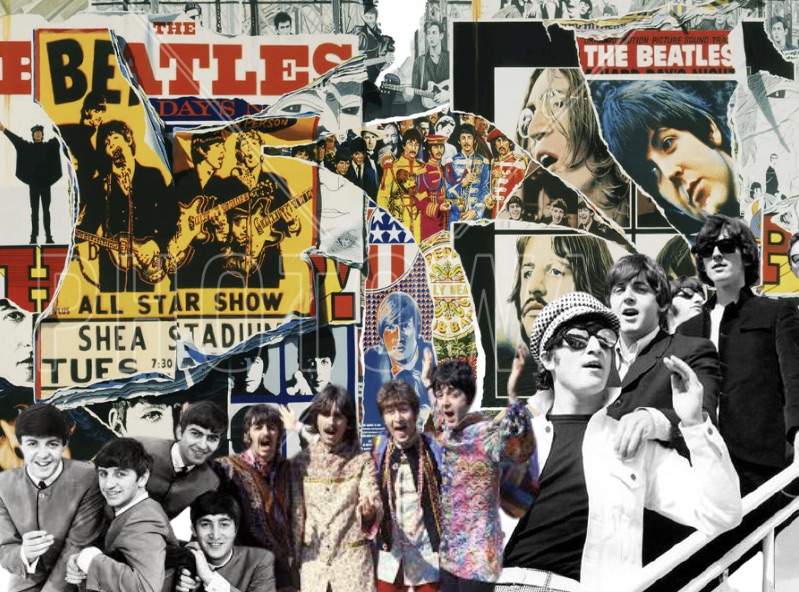 “I love the Beatles. I first started listening to them when I was in high school. My dad got me the Abbey Road CD to listen to it),” said Math Teacher Robert Quinn. ((Photo Credit: Alison Perez/Piktochart/Achona Online))

“I love the Beatles. I first started listening to them when I was in high school. My dad got me the Abbey Road CD to listen to it),” said Math Teacher Robert Quinn.

Fifty years ago, on Jan. 30 1969, the Beatles gave their last performance after two years of remaining absent from the stage altogether. Those 42 minutes on top of the Apple building in London left the Beatles fans wanting and craving for more. However, on Apr. 10, 1970, Singer and Bass Player Paul McCartney formerly announced to the world that the Beatles were done. Although this came as no surprise to the media as the band had been open to the public about having struggles, nevertheless, the news sent a tidal wave of shock and heartache throughout the world.

Many factors led to the breakup of the band — most commonly blamed was the love of John Lennon and Yoko Ono. For instance, Lennon stopped writing songs with McCartney because he instead dedicated all of his time to co-writing with Ono, thus ending the legendary co-writing of McCartney and John Lennon and putting a hinge in the group dynamic.

All the bandmates disliked Ono’s presence and her influence on their musical decisions. They felt she was invading the structure of the band. Drummer Ringo Starr said, “She’s not a Beatle, John, and she never will be.”

However, Lennon made Ono’s presence a deal breaker. Lennon said, “Yoko is part of me now. We’re John and Yoko, we’re together.”

This divide caused major issues in the studio and led Harrison and Lennon into an altercation, concluding with Harrison walking out of rehearsal. After this conflict, Harrison was the first Beatle to quit and walk away from the band.

The death of their manager, Brian Epstein, also served as a major factor in the breakup of the Beatles. Epstein’s death caused a great deal of grief and shock to the bandmates as Epstein was considered a “fifth member of the Beatles” as he had been with them from the beginning. His death caused divide and management issues that further led to the hiring of Allen Klein.

Klein caused more tension within the band — the final straw for the group. McCartney objected to hiring Klein, but the other bandmates insisted on it. They hired him without McCartney’s approval, but soon discovered McCartney was wise in not objecting him. Klein was greedy and malicious as he did everything he could to exploit the Beatles’ fame, such as taking twenty percent of the band’s profits.

In the end, the Beatles all sued Klein for withholding royalty payments, stealing the publishing rights of their songs, and ignoring tax payments. For one to say that the Beatles ended disastrously would be an understatement. In 1970, McCartney sued his former bandmates in order to be free from Klein and his agreement with Apple.

“Well, as you can imagine, that was horrendous and it gave me some terrible times. I drank way too much and did too much of everything. And it was crazy, but I knew that was the only thing to do [to get back the rights to my songs],” said McCartney.

Even after the Beatles had announced their split, fans still held hope of a possible reuniting. However, after Lennon’s assassination in 1980, all hope was lost and the Beatles were a thing of the past. What remained, however, was their inspirational lyrics and influence on the music industry.

Although the breakup occurred fifty years ago, their music paved a way for influence in today’s youth. The story of the Beatles was never simply about their music, but more of a cultural phenomenon. It was a story about a generation reaching for new possibilities and expectations. It was about forgetting societal standards and pushing for individuality and new perspectives. They strayed away from the traditional standards of their parents’ generations and rebelled by consuming drugs, elaborate fashion styles, and experimenting within their musical capabilities. This rebellion struck a chord with the young population of the sixties and led to the start of the hippie movement. However, the Beatles went on to influence and spread across all age groups.

A major factor to the endless “Beatlemania” was the constant growth and experimental element of the Beatles music. Their sound, lyrics, and ideas matured as they did. This led fans to grow with them, creating a unit of family within fans.

The Beatles’ fan base has grown into today’s generation and it will continue to grow as long as Rock N’ Roll is alive. This is because their music is timeless. It has no limit on power or how far it can go. It’s on an infinite path of growth.

“I think the main reason the Beatles have become so popular in our generation is because their messages are truly timeless and their sound is genuine and real. In terms of their lyrics, they not only tell interesting stories about hardships or breakups or romantic feelings, but they also greatly promote peace and love, like in ‘All You Need is Love’” said Senior Hannah Bruty.

In a recent episode of Carpool Karaoke on the James Corden show, Paul McCartney said, “I feel like it’s more relevant now today than it’s maybe ever been” regarding the Beatles music due to the continuing growth of the band among younger generations.

Senior Olivia Scarpo, a diehard Beatles fan, said, “I think most people don’t realize how important the Beatles music is today because it’s from so long ago, but the songs and the band itself was such a great model for how fun, meaningful, and creative things should be when making music. Some of their sounds and lyrics may have been simple but those were the ones that carried the most meaning.”

Although many bands and artists have surpassed the sales of the Beatles, their messages delivered in their lyrics the most meaning and purpose behind each word. Yes, the breakup was a hard time for the band, but their lyrics and songs symbolize that they truly cared about each other and each other’s purpose.