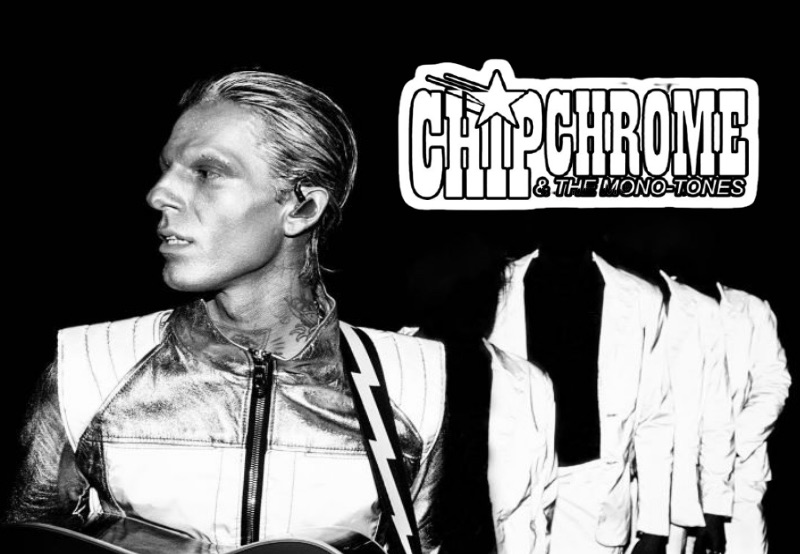 The Neighborhood came out with their fourth and final album with Capitol Records. ((Photo Credit: Alex McDonnell/Interview Magazine))

The Neighborhood came out with their fourth and final album with Capitol Records.

The Neighborhood released their fourth album: “Chip Chromes and the Mono-tones.” The album features lead singer Jessie Rutherford as “Chip Chrome,” a persona resembling David Bowie’s “Ziggy Stardust.” Covered in silver paint and silver clothes, “Chip” has quickly become the new face of The Neighborhood and represents a futuristic character.

Radiating fall vibes with it’s smooth, laid-back, and relaxing listening experience it’s perfect for a calming night drive or bubble bath. The album came out just in time for sweater weather. The relaxing vibes displayed in this album are due to “chrome’s” smooth and light-hearted tone compared to past albums. The 11 song track shows so much diversity, showcasing the bands range. The mellow alternative beats compared with the electric-pop vibe shows how The Neighborhood isn’t afraid to be experimental with their music, and it reveals that they don’t just belong in one genre of music.

The album begins with a futuristic thirty second intro titled, “Chip Chrome,” taking the listener into an alternate dimension. It quickly transitions into “Pretty Boy,” a soothing and mellow ballad about the importance of love, even after death. The song consists of a remedying drum line and a smooth base coinciding with calming vocals. The song fades into silence, only to shock the listener with a shrieking scream before moving onto the next track, “Lost in Translation.”

“Lost in Translation” is one of the more upbeat songs on the track. The song shifts in and out of rhythm, losing itself in translation, just as the title suggests. The next song on the album, “Hell or High Water,” although a shorter song, is filled with lyrical impact and closes with a simple instrumental break.

“Cherry Flavoured” symbolizes the modern day conversations and how they aren’t complex or charismatic, but simple and sugar-coated. Most of the song consists of an acoustic guitar; however, it ends with something reminiscent of spooky halloween music, perfect for the upcoming season. “BooHoo” deals with Rutherford’s experiences with insecurity and searching for self-identity. It consists of percussive rhythms and upbeat background sounds mixing in the background of Rutherford’s mellow voice.

The final two songs of the album blend together perfectly. “Tobacco Sunburst” is more of a musical revelation rather than lyrical. With it’s acoustic beginning and a cello solo during one of the instrumentals periods, it creates a sense of realization within the listener. The final song “Middle of Somewhere” is both a musical and lyrical revelation. This acoustic track is extremely emotional and personal for Rutherford, as it details with his mental state. The simplicity of Rutherford’s vocals and acoustic guitar stick out compared to the other songs on the album, as it’s simplicity is what makes it so special.

I recommend this album to people who listen to a mix of indie and alternative music. It gives off a similar vibe to bands such as: the Wallows, Current Joys, and The 1975. My personal favorites from the album are “Tobacco Sunburst” and “Middle of Somewhere” just because I love the simplicity of the acoustic sounds with mellow vocals but, I recommend giving the whole album a listen.

Lists of my favorite lyrics from the album: