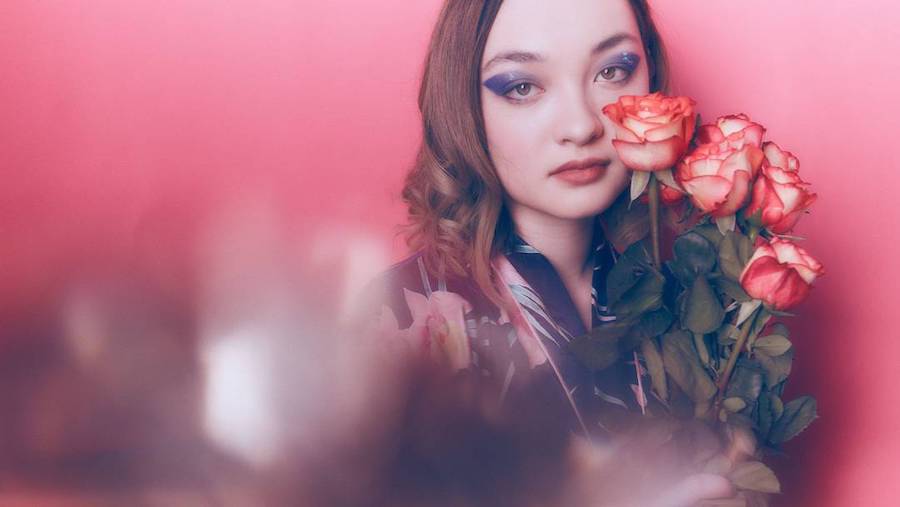 A few months ago, I often heard a Spotify advertisement for a song. I eventually listened to the song “prom dress” a few times but did not think much about it. I related to the unhappy comments on the video since my junior prom was canceled due to COVID-19, so I never had the opportunity to wear my prom dress. Flashforward to the beginning of August, I saw many tweets discussing an artist called mxmtoon. I decided to listen to her discography and was pleasantly surprised by her beautiful voice and powerful lyrics. I was excited when she announced that her newest EP, “dusk,” would release at the start of October.

i have a new songggggg and it’s named after another artist 😳 awkward… also! my EP “dusk” is coming october 1, can’t wait to share it with you 🙂 https://t.co/MuTefIHymw pic.twitter.com/nhK7Z9Q4ll

Before I discuss her latest work, who exactly is mxmtoon? Her real name is Maia, and she is a 20-year-old Chinese-American songwriter based in New York. She has over six million monthly listeners on Spotify, and her YouTube channel has amassed over ninety million views.

From the young age of 13, she dreamed of becoming a YouTuber and felt that a career as a musician was unreachable. When she was 15-years-old, Maia covered songs, played her ukulele, and created original songs, and uploaded them to YouTube and SoundCloud. She never expected her first original track, “1-800-DATEME,” to receive any attention and has overwhelming feelings due to the number of people listening to her songs. Maia claims she would have quit if she had known her songs would receive millions of views.

Since Maia kept her online persona separate from her personal life, her family and friends were unaware of her social media presence. “The internet, at that point, allowed me to have this space where I could create my own story and exist and be something other than what I felt like I was stuck as in my day-to-day life,” she said in an interview with NPR. By the end of 2017, her YouTube channel had reached 10,000 subscribers. When music publications noticed her videos, she decided to reveal her secret to her parents. After high school graduation, Maia originally intended to attend college and study architecture. Instead, she took a gap year and has now decided to focus on her songwriting career.

Maia’s songs covered relatable topics such as high school struggles, seasonal depression, insecurity, and her hopelessly romantic nature. Her debut EP “plum blossom” was released in 2018. Her debut studio album “the masquerade” was released in 2019, which features the iconic “prom dress” track. The song went viral on TikTok with over 15 million views.

“I have been a fan of mxmtoon for around a year now. I discovered mxmtoon through TikTok. I remember seeing a bunch of people taking videos of their prom dresses to her song, ‘prom dress,’ and it is such a beautiful song that I am still in love with,” said Claire Wong (’22).

Maia’s second EP, “dawn,” was released in Apr. 2020, featuring seven songs. On October 1, 2020, her most recent EP, “dusk,” was released with the same number of songs. A few of the songs on “dawn” were written to conclude her debut album and first EP. While Maia wrote “dawn” to inspire hope and optimism, she describes “dusk” as “more introspective and has more somber moments.” She hopes that people can find comfort and move forward during this difficult time. I believe that “dusk” reminds us of life’s difficulties but signals a new beginning and reflection on the past.

Wong said, “I think what makes ‘dusk’ different from her other albums is mostly the beats and tempo. It is still unique to her in a way, but her style has seemed to change. I think she is growing as a singer, and you could tell through the difference in albums. They still have similar themes from her previous albums, which I enjoy.”

The first track, “bon iver” was released as a single on Sept. 9, which references the American indie-folk band Bon Iver. Her ukulele plays a soft but uplifting melody, making it the most positive song on the EP. In one lyric, she mentions late-night car drives, which enforces the song’s calm atmosphere. It establishes the transition from “dawn” to “dusk” as she mentions the memories she holds onto as the sun sets. As time progresses, Maia finds beauty in life’s small moments.

The song “ok on your own,” a collaboration with the artist Carly Rae Jepsen, was released as a single in September. Maia apologizes and regrets leaving her lover, but knows that they need to grow without each other. For future relationships to develop, Maia admits that she needs to gain confidence and manage her own time. Carly Rae Jepsen joins in, noting that Maia feels better by herself, perhaps because she knew the relationship was not meant to be. Even though their romantic relationship failed, she will continue to hold that person in her heart. In the chorus, both Maia and Carly Rae Jepsen sing in unison.

“My hope for the song is that ‘ok on your own’ can let people know that vulnerability is never something to be afraid of, and admitting you need time for yourself and support from a friend is sometimes a necessary step. Sometimes relationships aren’t meant to work. It’s a bitter reality that many of us come to terms with at one point or another, but we all have to realize our own self worth before letting certain people into our lives! ‘ok on your own’ is your reminder that stepping away from a relationship isn’t a sign of weakness, but rather one of strength!” said Maia in a press release.

today i have the pleasure of being a hundred times taller than i am in real life thanks to this billboard in toronto with @carlyraejepsen ❤️ thank you so much @amazonmusic! https://t.co/ttOGc035nu pic.twitter.com/6W5VkEBkKy

The next track, “myrtle ave.” showcases a mellow acoustic tune. In the chaos and confusion of the outdoors, Maia wants to stay where she is inside. The subject of her song is complete and sweet, contrasting the bitterness of the world. While she has many things to do, she still finds herself coming back to that person. Feeling lost in her mind, she is able to find solace and feels grounded with the person’s help. The soothing beats mixed with Maia’s soft voice conveys her yearning for comfort.

“My favorite song from dusk is ‘myrtle ave.’ because out of all the songs, it gave me the most’ main character’ energy. What I like best about it was the music itself. Without the lyrics, I would have also loved the song. The song is so catchy, it’s not too sad, and it is calming and light-hearted,” said Wong.

A sorrowful piano tune encompasses the next track, “wallflower.” She expresses her conflicting desire not to stand out but not to be alone. Maia compares herself to a wallflower garden, a reference to the plant and her shyness. There is a melancholy mood as she describes the incoming storm, most likely representing her feelings toward her popularity. Maia was not warned of how success would change her life, and she sometimes wants to hide. Her fame has often overwhelmed her, and this emotional song expresses her desire to isolate herself with her closest friends.

My favorite track, “​asking for a friend,” has a quiet piano melody and light beats. Maia wants to have someone close to her so she can feel grounded. She does not have any ulterior motives; she just wants a companion to give her another perspective. After the post-chorus, the tempo picks up as she repeats her desire for a friend. My favorite lyric is “It’s a universal thing to want someone you know.”

In “show and tell,” Maia describes the difficulty in communicating her feelings since she feels stuck inside her head. She struggles with the way she presents herself to the public and through social media. Her thoughts are continually scattering, and she admits the difficulty of getting up each morning by herself. Since March, most events have been placed on hold, making her life feel unfair, and even the most mundane tasks are hard to complete. The pandemic has taken a toll on Maia, but she hopes that the world is strong enough to endure it.

“​first” is, ironically, the last track of “dusk.” Maia expresses her gratitude for her first love and is thankful for their short time, despite the difficulties. Maia feels odd writing love songs since she is not an expert. In “ok on your own,” Maia seemed apologetic for leaving, but “​first” describes that she does not regret their love. She acknowledges that their separation was inevitable and hopes they will use the lessons learned during future relationships. As the chapter of her first love ended, so does the EP.

“I would recommend this EP to anyone looking for songs to cry to or for a peaceful early morning or late night drive. mxmtoon’s voice is so comforting, and the music is also slow. These are songs you could imagine yourself in a movie or as the main character,” said Wong.

Maia has over 60 songs, a daily podcast called 360 days with mxmtoon, and a graphic novel titled “the adventures of mxmtoon: the masquerade.” She also streams on Twitch, and played Among Us against US representative Alexandria Ocasio-Cortez. She recently collaborated with Noah Kahan and released a new song, “Pride.”