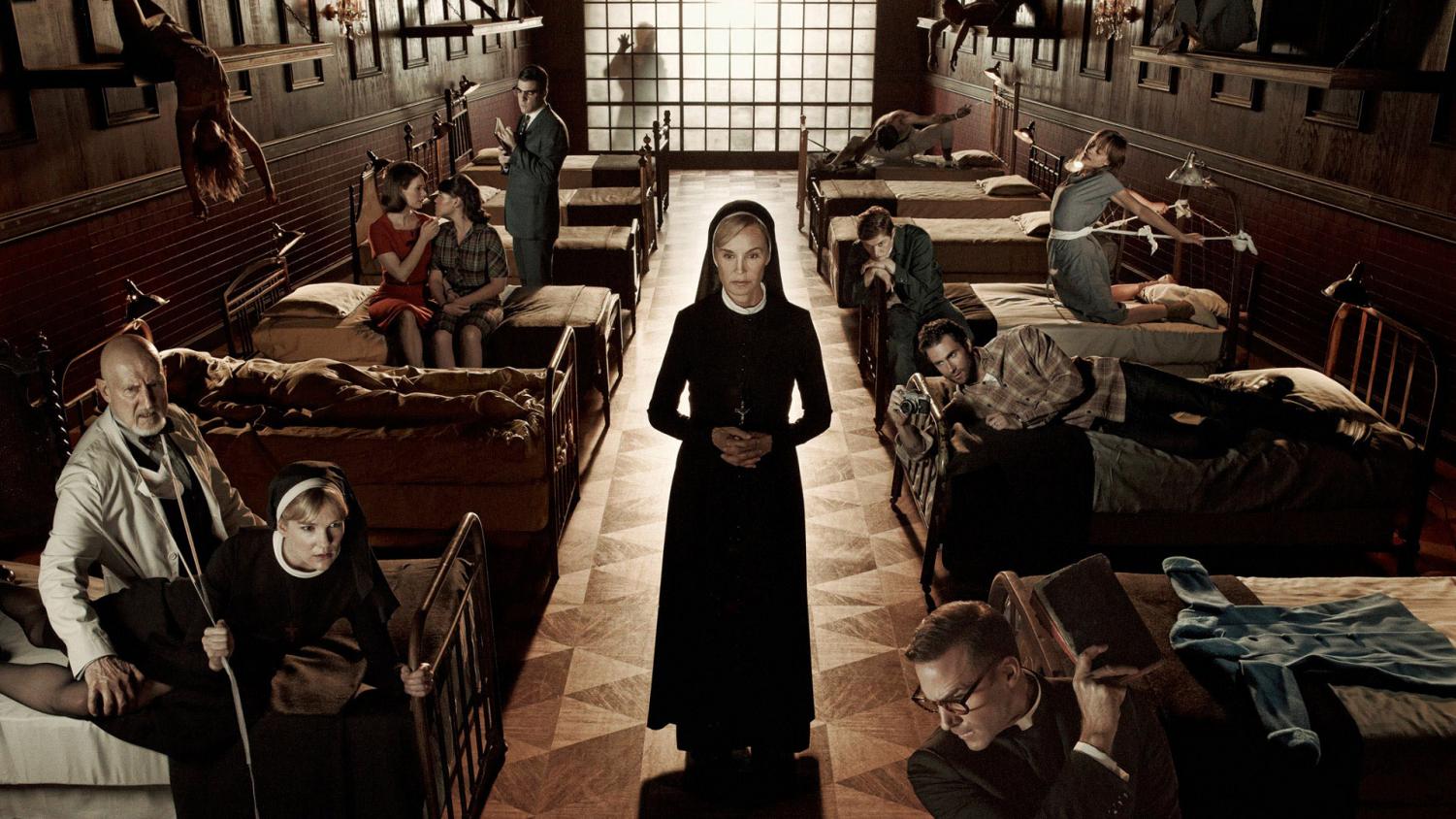 Why “American Horror Story: Asylum” is the Season to Watch

AHS Asylum is just as skin-crawly and scary as it was the first time , they'll never be able to hit that mark again no matter how hard they try

“American Horror Story: Asylum” is haunting and disturbing, and extremely enjoyable for anyone who loves horror and being scared. The season is set behind the walls of a mental hospital known as “Briarcliff”  in the early 1960’s, where a young man is admitted as the notorious serial killer “Bloody Face”. Unbeknownst to the asylum’s workers, they’ve got the wrong guy.

The disturbing element of being locked inside a mental hospital full of serial killers and other criminals when you are completely innocent adds to the fear factor of this season. It is not exactly scary in a supernatural, ghastly way, but in a more realistic sense. The dark, unsettling nature of the season even affected the cast while they were filming. In an interview with Collider, Sarah Paulson said, “There were moments where I did go into a corner on the set and just bawl my eyes out because it was just a very traumatic thing to play.”

One of the most interesting characters is Lana Winters, a journalist who comes to the asylum to get a story on the infamous serial killer being held there, but instead ends up being detained in the asylum and signed off into their custody. Like her fellow patient Kit, the falsely convicted “Bloody Face” serial killer, Lana has to experience the same treatment a violent psychopathic criminal would receive, while being completely sane. Suspenseful and terrifying, the story of her character is one of the freakiest ones the show has to offer. The outdated practices of the asylum add to her mental and physical torment whilst stuck inside Briarcliff.

Possibly the most intriguing character of the entire show, Pepper is a microcephalic woman who is living inside of Briarcliff. Innocent and playful, Pepper is one of the many examples of a genuine, good person that Briarcliff captured and attempted to ruin. Pepper is a pure-hearted girl who truly did not deserve to be put in such a terrifying place. Following her storyline throughout the multiple seasons her character was featured in was one of the more compelling parts of the series.

“American Horror Story: Asylum” is a season that has terrified many who have watched it.  Sophia Swezey (‘23) said, “I thought all the crazy people were creepy and the doctors are also kind of insane. The whole hospital is just really messed up but it makes it more interesting to watch.” If you are in need of a good scare, then this season is exactly what you are looking for. You can find the entire season streaming on Netflix and Hulu.