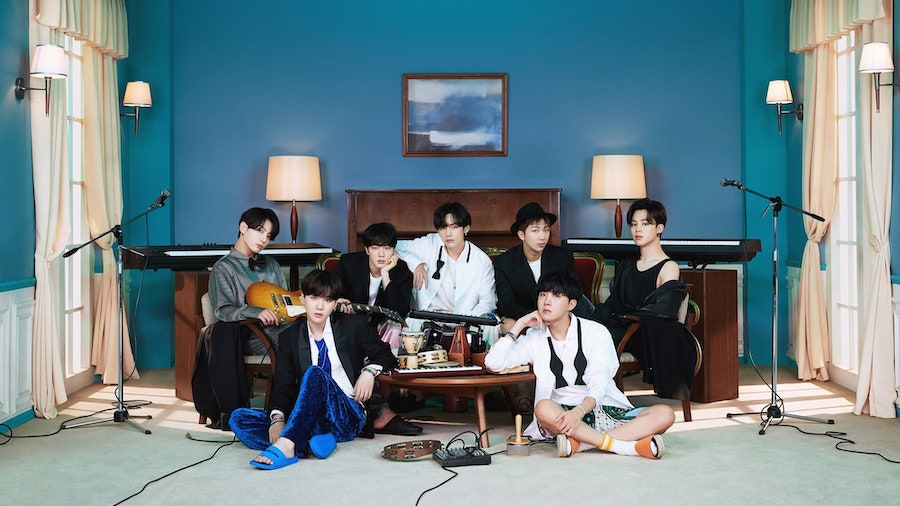 From Grammy to Hot 100: BTS’s “BE” Breaks Global Records

Managed by Big Hit Entertainment, the K-pop band known as BTS debuted in 2013. The group includes seven members: RM, Jin, SUGA, j-hope, Jimin, V, and Jung Kook. They have five studio albums, two reissues, three compilation albums, one soundtrack album, six extended plays, one single-album, 30 songs non-album releases, 43 songs on five mixtapes, and even more songs from their Japanese albums. BTS is the best selling artist in South Korea, having sold 20 million albums. In less than two years, they became the first group to chart four number one albums since The Beatles. BTS released their fourth studio album in February, and nine months later, the group has returned with new songs for their fans to enjoy. Their latest album, “BE,” was released on Nov. 20 and is revolutionizing the music industry.

WOWOWOW. No words for @BTS_twt at the #AMAs. They just set the night alight! Army, what did you think? pic.twitter.com/I4KpwdF7lF

“What makes ‘BE’ so different from their other albums is the circumstances. Before COVID hit, BTS were planning a world tour, and the entirety of the tour was postponed due to the pandemic. BTS have always expressed their enjoyment for being on the stage and have used concerts to grow closer to their fans from all over the world. The upcoming tour was especially significant as it was going to be their first time performing at all stadiums in the US. Since the pandemic has hit, they have expressed their sadness over not being able to connect with fans, and this album came from wanting to remind their fans, ARMYs, that they are there for them with their music and words of comfort despite not being able to see each other physically. The album is meant to be a sign of unity despite the current circumstances we are in,” said Sahar Bueno-Abdala (’21).

As the first song on “BE,” “Life Goes On” truly proves that music transcends language. It was number one on Hot 100 and is the first predominately all Korean single to chart in the 62-year history of Hot 100. It marks the group’s third Hot 100 number one in three months. The song ranked number one on iTunes single chart in 95 regions, number one on Apple Music in 14 regions, and number one on Spotify Top 200 in 11 regions. They performed the song on “Good Morning America,” “The Late Late Show with James Corden,” and the 2020 Mnet Asian Music Awards. Additionally, BTS performed “Life Goes On” and “Dynamite” at the 2020 American Music Awards, where they received awards for Favorite Social Artist and Favorite Duo or Group – Pop/Rock.

“Life Goes On” is a relaxing and mellow song with low beats. It recounts how the world was put on hold in the spring, but time and life continued. “There’s no end in sight / Is there a way out?” enforces the idea that it seems there is no escape from this pandemic. They offer to run away with the listener, leading them to a future with their optimism. While the world has been through many changes, the boys reassure their fans that their relationship is still the same. The repetition of “I remember” serves as a sign that their struggles will not be forgotten once life returns to normal.

“The ‘Life Goes On’ music video is one of my favorites. Like the album, it was very personal. There weren’t too many colors or scenes happening. It was simply them just hanging out and bonding with each other,” said Grace Carreja (’23).

The next track conveys their frustration since they feel like the year has been stolen. Days seem to blur together, and time has passed differently during quarantine. “Fly To My Room” resonates with listeners since travel has been restricted. Rooms have become lonely confinements, leaving dreams and aspirations feeling hindered. On the bright side, rooms welcome all types of emotions and provide safe environments. The boys offer advice on changing perspectives: instead of looking at rooms as an obstacle, imagine traveling in your room and making it your own world. Finding value in small things will provide refreshing feelings of comfort.

“Blue & Grey” carries a soft and yearning tune. Featuring a slow guitar melody, this song is introspective and somber. The colors of blue and grey represent anxiety, depression, regret, loneliness, and burnout. The lyrics, “I just wanna be happier / Am I being too greedy?” connect with many people’s inner thoughts during the pandemic. Life this year has been complicated and left many feeling guilty for wanting to feel happier. There is a shift toward the song’s end as they accept that their feelings of discomfort are valid.

The next track is not a song, but a recording “Skit” of the group’s conversation about “Dynamite” achieving number one on Billboard Hot 100. “Skit” was recorded on Aug. 31, but it was already Sep. 1 in South Korea, which was Jung Kook’s birthday. The boys express their excitement and awe over their achievement, agreeing that it is the best gift they have received. It’s heartwarming to hear their casual conversation and jokes about retirement, considering how hard they have worked.

My favorite song, “Telepathy,” has a 70s inspired disco vibe and cheerful rhythm. They mention their desire to visit the sea, a place of nostalgia and happy memories. “I feel the happiest when I meet you” and “you’re the most special person to me” indicates their deep feelings of gratitude for their fans’ support. They assure their fans that they will eventually be together since their hearts are connected even from the farthest distance.

In the seventh track, “Dis-ease,” they express their feelings of exhaustion and fatigue from overworking themselves. While they enjoy their work as artists, they crave to rest at the same time. SUGA’s line, “Yo, is it the world or me that’s sick?” is about how COVID-19 has affected millions of people, both mentally and physically. The song critiques society’s encouragement of labor-centric lifestyles. The tempo increases during the bridge, and the lyrics change from pessimistic to inspirational. Even though they do not know what the next day will bring, they keep going, stronger than before.

“My favorite song off of ‘BE’ is ‘Dis-ease’ because it has a bright hip hop beat that I favor, and the lyrics are unique,” said Bueno-Abdala.

An EDM song, “Stay,” opens with a reminiscent message about how the days of concerts feel like dreams. Still, their loyal fans are staying with them, even if not physically. RM’s line, “It ain’t the end of the world / The present, it shine like a pearl,” shows that the present is a gift with many opportunities. Every night and day, their fans are united together through their love.

The final song, “Dynamite,” is full of uplifting and catchy lyrics. The song has a retro theme, taking inspiration from the 70s and featuring many odes to Michael Jackson in their choreography. Through their positive vibes, the song is an invitation for fans to express their “light” even in dark times of uncertainty.

“Dynamite” was released Aug. 20 and was BTS’s first all-English song. It was the number one song on Billboard Hot 100 three times. BTS achieved number one on seven Billboard charts: Hot 100, Global 200, Global Excl. US, Digital Songs Sales, Social 50, Artist 100, World Album. The song has spent 13 weeks on the chart. Within 24 hours, the music video received 101.1 million views, winning three Guinness World Records: the most-viewed YouTube video in 24 hours, the most-viewed YouTube music video in 24 hours, and the most-viewed YouTube music video in 24 hours by a k-pop group. In 15 days, the song reached 100 million streams on Spotify, the fastest song by a group to achieve this. “Dynamite” sold 265,000 digital copies upon launch, the biggest sales week for a song in three years. The song is nominated for Best Pop Duo/Group Performance for the 2021 GRAMMYs.

“The Grammy nomination actually had me on the floor. I was watching the Grammy Noms live, and when I saw BTS, my face lit up so much. I am so happy for all the members, and their hard work really paid off. I saw the video of a few BTS members reacting to their nomination, and it was very touching. They jumped up and down, and I could tell they were ecstatic. Though, I do think that they deserved more nominations other than their English song,” said Carreja.

“I have been an avid fan of BTS since 2016 and have watched them get their first-ever big Korean award, so receiving a Grammy nomination is so exciting and meaningful. I have watched them grow for four years now and am so happy to see them getting such a huge nomination. While I wish their title track for ‘MAP OF THE SOUL : 7,’ ‘ON,’ was nominated instead as it also came out in 2020, broke many records as well, and is in Korean, I am still excited and believe that ‘Dynamite’ deserves the nomination,” said Bueno-Abdala.

“BE” placed number one on the Billboard 200. BTS is the first group to be on the Artist 100, Hot 100, and Billboard 200 charts simultaneously. “BE” sold 242,000 album units in the first week after release. Two members were recognized on the Hot 100 Songwriters chart, with RM in third place and SUGA in ninth.

BTS releases their albums at the right time when they are needed most in the world. As the year comes to an end, “BE” encompasses BTS’s talent and hardworking dedication towards providing music as an escape during difficult times. Every song is like a personal love letter to their fans, offering consolation and reassurance of a brighter future.

“Something I appreciate is that BTS have always done a wonderful job at never ignoring the hardships that one might be going through. They never belittle struggles; they always address them, but also always make sure to leave the listener with hope in the end. That is why BTS has done so much for me and continue to do so much. They are a source of healing for me and for many others, and I hope that people who don’t know them or judge them quickly realize soon their positive impact, especially with the youth,” said Bueno-Abdala.