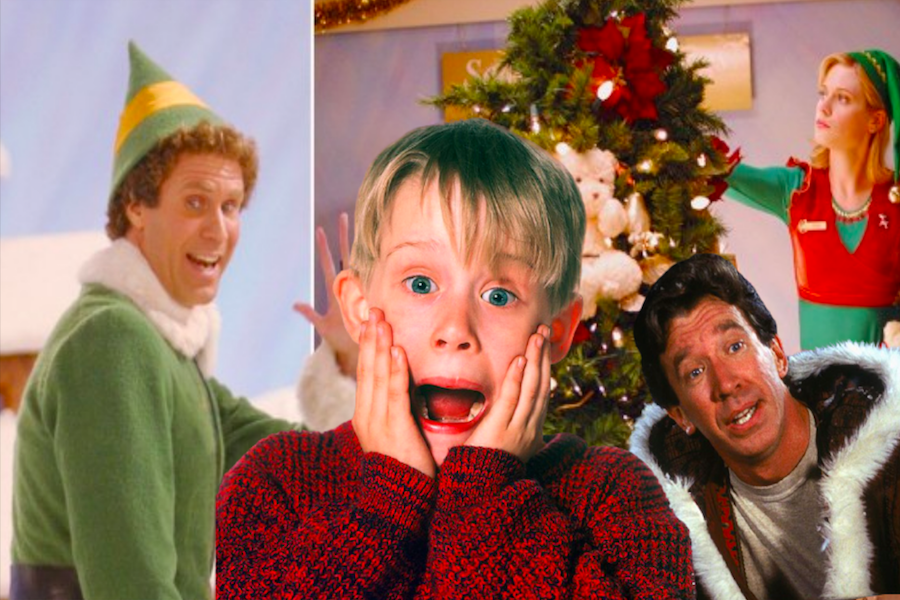 Cold weather, holiday cheer and pumpkin spice lattes… what could be better! Even with how crazy 2020 has been, we all need some time to settle down and enjoy the holidays. With Christmas right around the corner, Achona has chosen the best Christmas classics to help spread the joy!

What would you do if you were Scott Calvin, a divorced father who has just accidentally killed Santa Clause? Take his place, of course! This 1994 Disney classic manages to involve both murder and merry in a fantastic way that has you feeling the season, even if the description seems anything less than merry.

This 1995 American classic shows Charlie Brown’s adventure to find the true meaning of Christmas with the help of his friends.

A young boy takes a magical train ride that ends up leading him to the North pole and makes meaningful friendships along the way. The 2004 animation is attention grabbing as well as Tom Hanks role in this timeless classic.

Katelyn Buttler (’22) says, “This movie is so bizarre to watch sometimes because the animation feels a bit off but I’m just adjusted to it at this point. Seriously, if I could meet randomly meet Santa and get free hot coco I would without a doubt in my mind! It’s a great movie to watch for nostalgia.”

Buddy isn’t your normal elf at Santa’s workshop, matter in fact he isn’t an elf at all! Watch as Will Ferral rummages the streets of New York to find his real family and society while spreading laughs and Christmas cheer.

Lauren Meyer (’22) says, “I don’t care for Christmas movies that much, but I liked elf as a kid. Will Ferral is very good at pretending to be stupid and I actually picked up eating spaghetti with maple syrup from this movie!”

“How the Grinch Stole Christmas”

A Christmas tale of a bitter green goblin who plans to ruin Christmas for everyone. You truly are a mean one Mr. Grinch….

Samantha Davis (’22) said, “I can relate to the Grinch sometimes because having Christmas shoved in your face is so annoying”. Understandable, I think we all can take a break from the market aspect of Christmas! She followed this up by saying, “He’s definitely more extreme than I am, but I have sympathy for him. Unlike him, I don’t eat trash and terrorize kids though.”

Switching roles in life based on a small bet wind up severely impacting both Louis Winthrope III (Dan Aykroyd) and Billy Valentine (Eddie Murphy) personal lives and perception of their past ones. The movie is set during the Christmas season and brings laughter to a realistic view of people and their struggles.

Although it may be a Christmas Special, it is such an endearing film that it ranks number four on our list!

Bunny suit, getting your tongue stuck on a frozen pole, leg lamps and more, this definite classic renders a down to earth yet cooky story of a boy and his Christmas story.

Catalina Gonzalez (’22) had to say, “My fave Christmas movie is most likely A Christmas Story because it feels more down to earth and realistic. The Lampshade leg and getting your tongue stuck to a frozen pole always cracks me up. I won’t see snow or ever have the chance to be in his shoes, but watching a family have a odd Christmas is refreshing.”

George Bailey’s life is so troublesome, he considers finishing it and on Christmas nonetheless. Before he can act on his impulses, his guardian angel Clarence appears and shows him what his life would have looked like if he weren’t here. This movie may seem grim, but it’s a timeless classic that helps you appreciate what you have and what you could be.

And at number one, Home Alone. This Christmas Classic leads with Kevin McCallister, a stubborn 8-year-old, acting out in defiance but ends up being left at home alone on Christmas while his family left for the airport without him. His time alone isn’t all peaceful, two conmen plan to rob his home without realizing he’s still there, so he has to protect his home alone.