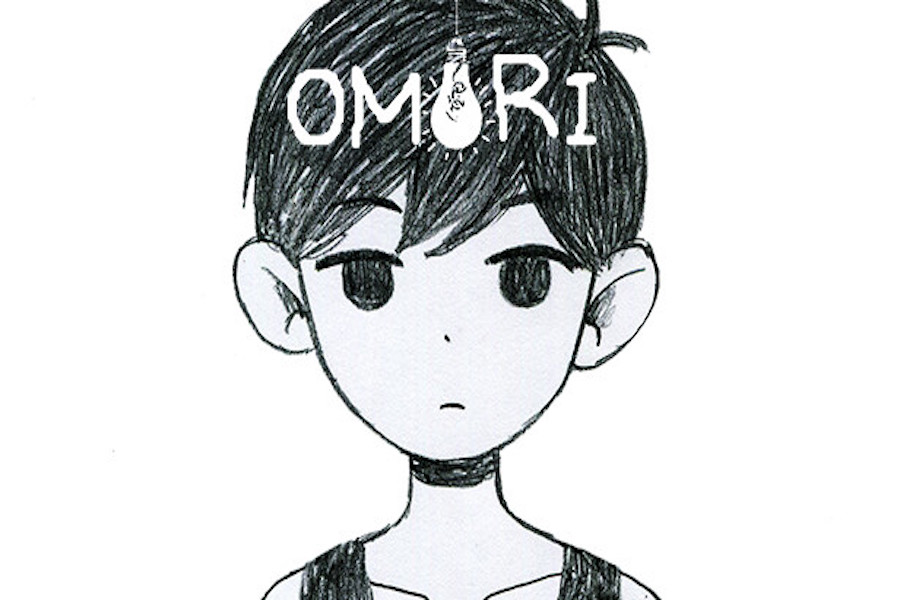 Since 2014, Omocat has reached it’s initial kickstarter funds for their RPG surreal horror game, OMORI and released the game on December 25 2020. OMORI is available on the PC Windows, Mac OS (Steam), Playstation 4, Xbox One and Nintendo Switch port. The soundtrack is simplistic yet wholesome, being composed by Slime Girls and Clover & Sealife. The psychological horror game covers topics ranging from friendship, depression, delusions and isolation.

Omocat first conceptualized OMORI as a simple webcomic, basing his characters after hikikomori, or isolationists/social hermits. OMORI begins with the player playing as ‘Omori’ and is living in the whitespace, a simple room consisting only of a tissue box, computer, notebook, door and a lightbulb. Once Omori opens the door he is transported to a colorful and dreamy world of his own that includes his four close friends, Kel, Hero, Basil and Aubrey. The game continues to explore colorful pastel lands with interesting yet cute creatures and adventures ranging from a fantastical forest to the depths of the ocean.

The quirky dialogue helps gather more insight on each character, with Hero being Kel’s charming and kind older brother, Kel being a messy yet fun loving and caring friend who loves to tease Aubrey, the competent yet troubled teen. Omori, Kel, Hero and Aubrey are the primary four who partake in battles and fight scenes, Basil is found away from the action and eventually gets lost in the colorful fantasy world/forest.

Christa Masielo (‘24), “I’ve been waiting for this game since 2016. I first found it on youtube when I was looking for a Bo En song and then the fanart drew me in. The art and soundtrack reminds me a lot of Undertale and other RPGs I’ve seen.”

Each fight scene is hand drawn sketches, adding a personal flair to the 8bit RPG. With every battle, Omori and his friends gain XP points and grow closer as a friend group. A large focal point of Omori’s adventure is to gain trust and bond with his childhood friends as an indirect comment on Omori’s isolation from reality. During certain power moves, Omori can unlock his critical hit with the help of his friends to take down his enemies. The color palette and storyline stand out from the majority of RPG games out there and add a vibrant aura towards it, by including bright greens, pinks, oranges and blues to craft a unique look.

Catie Berg (‘22), “I only recently found out about the game but I’ve played six hours so far and it’s pretty good. I don’t play video games that much but OMORI has caught my eye because of the art and how many people I follow who have given it good reviews.”

Omori’s primary problem is his phobias of everyday activities such as heights and water, but he powers through them with the support of his sister, Mari. In the storyline, Omori’s friend Basil goes missing and his group of friends are dead set on finding him but Omori sees dark entities and a darker plot that the player has not yet learned. When the game switches between Omori’s fantasy world to reality, Basil is hiding problems and extremely reserved in the past. Basil carries a scrapbook filled with photographs of their childhood, but with certain images of Mari (Omori’s sister) missing from the book. A looming sense of dread and darkness carry around Omori when he is comfortable in either worlds, his dream world or real life, and once this happens the game restarts in the whitespace.

OMORI has taken major influences from different well known horror RPGs, such as 2015’s Undertale and 2004’s Yumme Nikki. Odd but fun boss battles, strange tasks and traditional RPG battle set up makes the game more appealing to players who want to have a gaming experience more than a story-based one. With a mixture of lighthearted fun and darkness/isolation, OMORI carefully intertwines both aspects of horror together to create a strong care for the characters lives as well as motivation to continue playing.