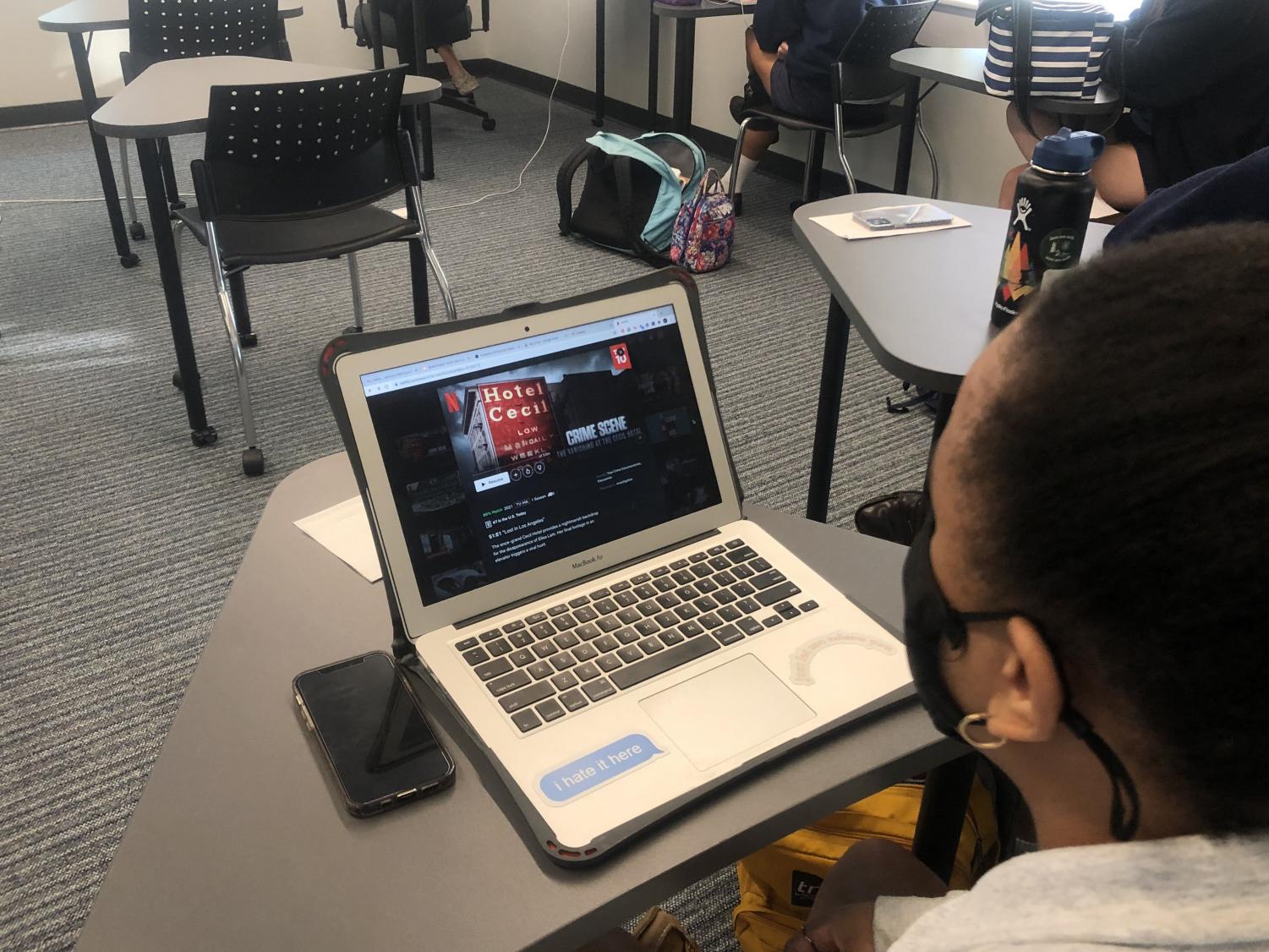 “Crime Scene: The Vanishing at the Cecil Hotel” is a new Netflix documentary about the infamous Los Angeles hotel.

“Crime Scene: The Vanishing at the Cecil Hotel” Review

On Feb. 11, 2021, the Netflix Documentary “Crime Scene: The Vanishing at the Cecil Hotel” was released to viewers. The new series described the Cecil Hotel in Los Angeles, California and the many dark events that occurred there, most famously being the death of Elisa Lam. Lam checked into the Cecil Hotel on Jan. 26, 2013. Her parents reported her missing on February 1, and about two weeks later, her body was discovered in the water tank of the hotel. Lam is seen in a viral video acting strangely in an elevator prior to her death at the hotel. This video captivated viewers across the world and led to an increased interest in the case. The documentary explains conspiracy theories about her death, the history of the hotel and the area surrounding it, and the many infamous people who have stayed at the hotel in the past.

Julia Lombardi (’23) said, “After seeing the trailer to the show, I felt like it wasn’t a series I would really be that interested in because I think it would probably creep me out a lot.”

The show received mixed reviews, with CNET describing it as “a bloated, dangerous mess.” After watching the show in its entirety, I can understand what led them to make this claim. I thought the documentary was interesting, especially the parts about the history of the hotel and all of the past people that have stayed there.

However, the show focused on theories about Elisa’s death that were discovered by “web sleuths” who were interviewed as sources during the show. I thought this was a little strange because the web sleuths had practically no real evidence about anything relating to Elisa’s death. Although some of them had decent claims, many of them did not provide real evidence for their theories, but at the end of the series, it is revealed that Lam’s death was ruled as accidental. The conspiracy theories surrounding this conclusion are interesting, yet barely backed by any evidence. Many of them leave the innocent people at the center of them with thousands of hate messages, accusing them of things they didn’t do.

“Crime Scene: The Vanishing at the Cecil Hotel” was interesting, but it could have been organized in a way that was easier to keep up with and understand. Some of the videos and information shown were repetitive, and although I was interested in the history of the hotel, the amount that it was discussed felt a bit excessive.

Overall, however, even though there were some parts of the show that could have been better, the stories and coincidences viewers learn about will be enough to keep them hooked, despite its flaws.

Vivian Cole (‘23) said, “I watched the show over the weekend, and I really was interested by it, until I got to the end and realized that many of the theories they were showing were obviously untrue. The web sleuths in the show were not credible and sometimes they even came off as a little creepy.”

“Crime Scene: The Vanishing at the Cecil Hotel” is a show that is fun and interesting to watch, especially with a group of friends at night, but if you are interested in a series that has genuine and accurate evidence and sources, you should try looking for a different show.