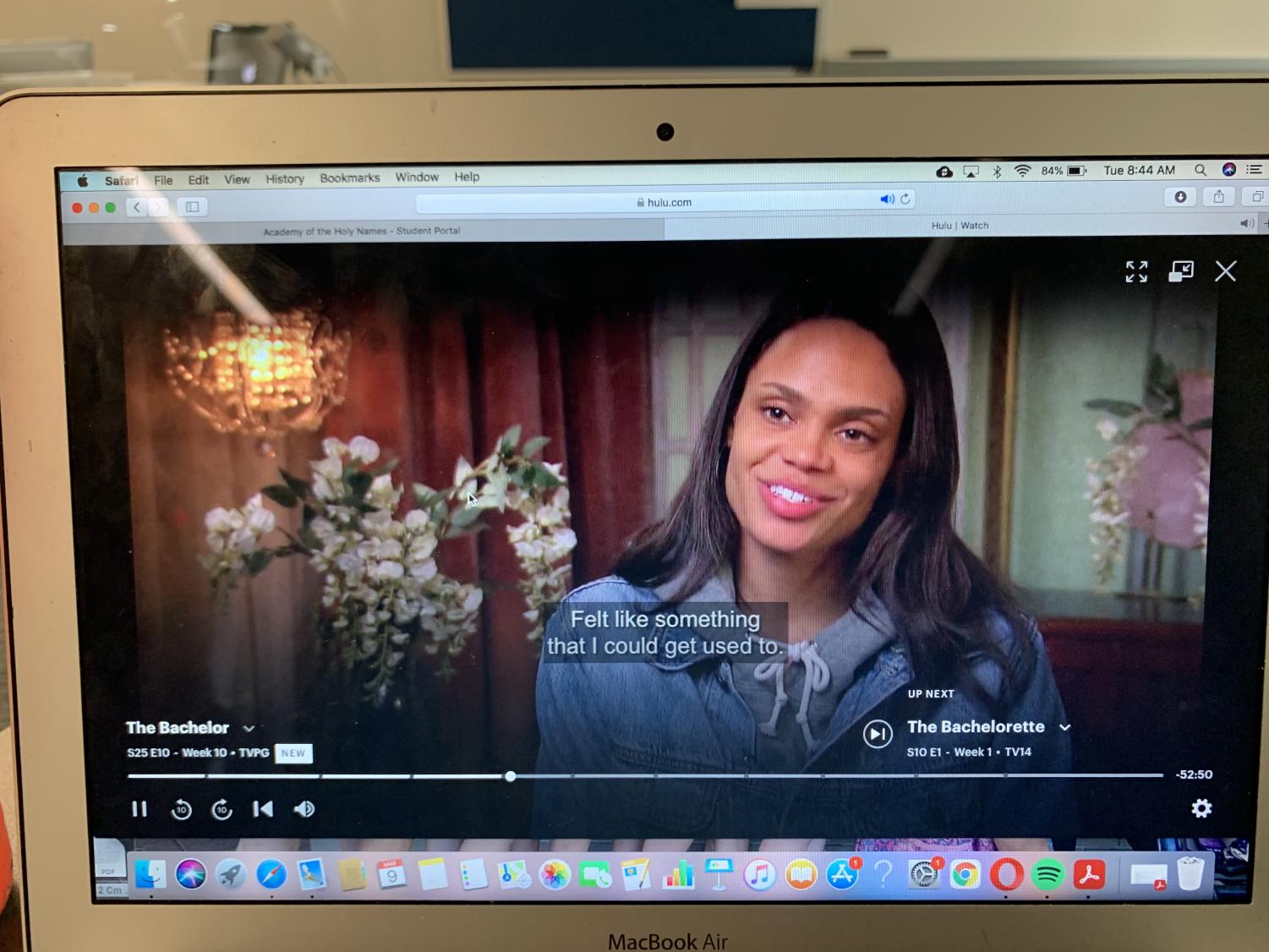 Michelle Young, one of Matt’s final two contestants speaking after their on fantasy suite date.

AHN and “The Bachelor” Season 25

On January 4, 2020, Bachelor Nation met Matt James, the first African-American male Bachelor and the 43 women that were looking to find love. Matt’s season had a different location than usual due to Covid-19 and was filmed at Nemacolin in Pennsylvania.

This season has consisted of girls in the house “bullying other girls.” Led by Victoria Larson, the house turned into an episode of the movie  “Mean Girls” as Larson would make fun of girls such as when she said the newly arrivals were the “Junior Varsity Squad compared to her Varsity squad.” Larson also took Catalina Morales’ crown off of her head and claimed that she was the real queen.  It also consisted of tons of unannounced arrivals, such as Michelle Young, Brittany Galvin, Heather Martin and Ryan Claytor that shook up the rest of the girls in the house.

In addition, it came to light that frontrunner, Rachel Kirkconell had posted and liked questionable posts on Instagram. This led to an uproar among Bachelor Nation.  Chris Harrison met with Rachel Lindsay on Extra to discuss Rachel Kirkconnel’s backlash over a photo taken in 2018 at a college antebellum themed party. Many felt as if his reaction was defending racism. As a result, Chris Harrison announced soon after  that he will be stepping down for next season.

Although the Bachelor’s ratings have dropped over the years, it is very popular for teenagers. The bachelor gives students a reality TV show to watch on Monday nights that they can discuss with their peers.

Isabella Yapez (‘22) says, “This season started off good but Matt is way too serious for me like he makes zero  jokes and also he kisses with his eyes open which is weird. The only funny thing this season was Victoria.” 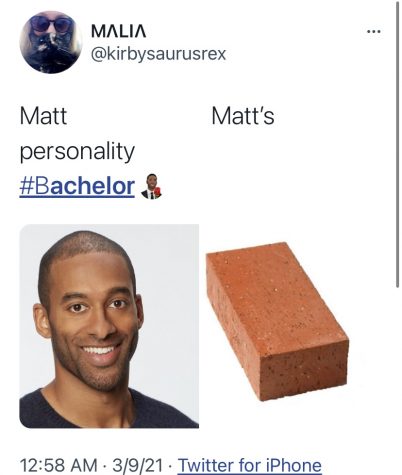 Students at Academy watch this show with their parents or their friends and if they do not watch together they certainly text about it in group chats.

Angie Prince (‘21) says, “This season I’ve really liked Rachel. I think she is so funny and very down to earth. My mom and I watch the Bachelor every Monday night religiously.”

Many students have been watching the Bachelor since the beginning seasons or for many years which adds more excitement when old bachelors and bachelorettes come back on the show to give advice.

Eleanor Amoriello (‘22) says, “I have been watching the bachelor since the 7th grade and I love it, however I am not the biggest fan of the past few seasons. After and during every episode I call and text my friends and we talk about who we like and don’t like and predict what we think is going to happen.”

Every Tuesday, The bachelor is a popular conversation in the Academy halls. From complaining about last night’s episode, to arguing over who is going to win or what will happen next week, the bachelor keeps students entertained.

Art Teacher Melissa Lima says, “Where to begin…I love watching the Bachelor because it allows me to watch something that requires absolutely no thought or reason. It is a show that allows me to decompress after a long day. I enjoy how ridiculous it is to the point that I consider it a comedy! My favorite thing to do is discuss thoughts and possible outcomes with my fellow bachelor nation students! Every Wednesday in advisory is a bachelor discussion on the show that week. We laugh about the crazy events that conspired that show and what spoilers we think will come to pass.”