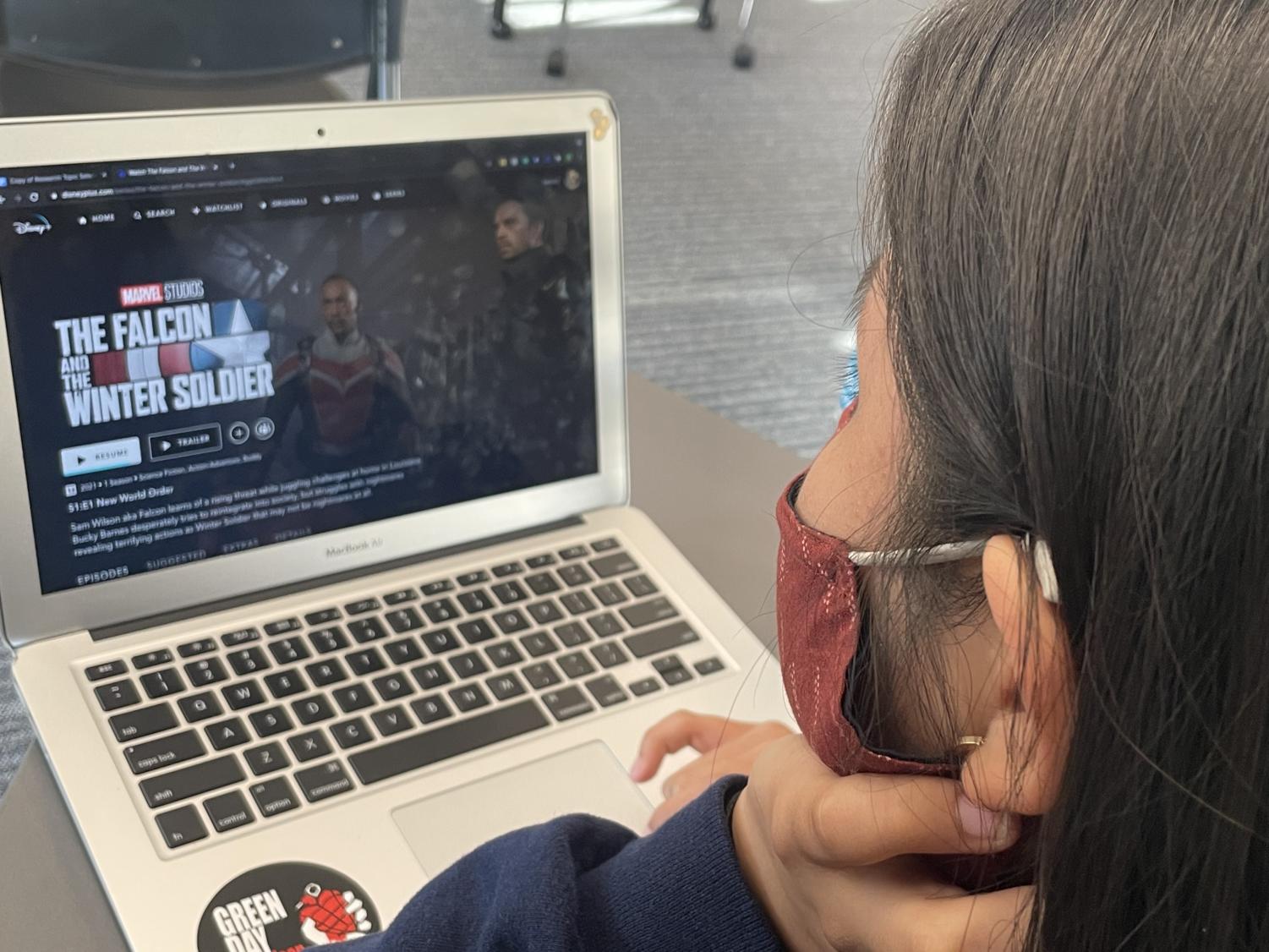 The finale of Marvel’s “The Falcon and the Winter Soldier” sparks discussion comparing it to prior releases and calls into question the effort put into the show’s making. ((Photo Credit: Raquelle Elson/Achona Online))

The finale of Marvel’s “The Falcon and the Winter Soldier” sparks discussion comparing it to prior releases and calls into question the effort put into the show’s making.

First airing on March 19, “The Falcon and the Winter Soldier,” or “TFATWS,” is the second release of Marvel Phase IV. This six episode mini-series explores the global adaptation to life after the blip, the event that caused the disappearance of half of the population, along with the nation dealing with the loss of Captain America, honing in on Bucky Barnes, played by Sebastian Stan, and Sam Wilson, played by Anthony Mackie, as they deal with their respective issues following Steve’s death.

“I was anticipating “The Falcon and the Winter Soldier” since it was first announced and it exceeded all my expectations. It laid out so much groundwork for future Marvel movies and shows. From it’s mental health awareness to the faults of bureaucracy and bureaucrats, it was so much more than just another Marvel thing. It gave representation to what matters on a big scale. As a whole, it just amazed me as one of the best Marvel shows/movies, in my opinion. Ask anyone who knows me, I’m the biggest Sebastian Stan/Bucky Barnes fan, and Marvel finally gave him the character development he deserves by allowing him to apologize, forgive and be forgive, and correct his wrongs. They made the most loved characters so much more lovable. I cried at the end and it was worth it. It was absolutely incredible in every way,” said Grace Cronen (‘21).

“TFATWS” highlights Sam and Bucky’s old couple dynamic as they attempt to stop the Flag Smashers, a radicalist group of refugees who believes that the world was better during the blip. The duo also have to fight John Walker, the former soldier from the U.S. Army chosen to be the new Captain America after Sam gives up the shield. Sam and Walker fight over how to deal with Karli, the leader of the Flag Smashers who Sam believes has the right goals but goes about achieving them the wrong way and Walker believes is a threat who must be eliminated. By the end of the show, Sam has dealt with his grievances and the shield is back in his possession.

I thoroughly enjoyed this show because of the way that the role of Captain America is portrayed, and how well Marvel dealt with the issues.

The primary criticism against “TFATWS” is how it compares to other Marvel productions, namely “Wandavision,” the first release in Phase IV. Many fans of criticized “TFATWS” for its repetitive plot structure in comparison to the newer structure seen in “Wandavision,” a criticism I believe to be unfair. “Wandavision” and “TFATWS” were quite clearly written for two different purposes, characterization vs plot progression. In terms of plot, “Wandavision” starts and ends the show in relatively the same place, but we as the viewers have learned much more about Wanda as a character. “TFATWS” works similarly to most other Marvel productions being that the plot progresses, being that it addressed issues such as how Cap’s legacy would continue and even Chadwick Boseman’s death.  Additionally, the Wanda’s particular skill set allows for a more fantastically plot being that her powers derive from magic, whereas all superhuman abilities in “TFATWS” are derived from science requiring a stronger sense of reality. I think that the disdain shown towards “TFATWS” undermines the achievement of having a Black Captain America along with all of the other discussions that took place.

Though I don’t typically appreciate it when major corporations racial issues simply because that is what’s “trending,” I thoroughly enjoyed the way marvel handled it through “TFATWS.” The issue of a Black man yielding is such a niche issue that I would have thought a major corporation like Marvel would not have even addressed it, especially since it wasn’t an issue I had initially thought of when Sam was given the shield. It was clearly painful for Sam to give up the shield, and even more so to combat criticisms from people who did not understand the nuance of the situation.

Marvel repeatedly showed how Sam brought a unique perspective into the role of Captain America, as seen through his consistent attempts to help rather than harm Karli. This was emphasized especially in the finale, when Sam worked to peacefully continue Karli’s mission, acting out of compassion rather than as an extension of the government.

Isaiah Bradley’s character as a whole showed a side of American history that is almost never told. His mistreatment by the American government parallels the story of the Tuskegee Syphilis Study or Henrietta Lacks and other stories of the unethical use of Black people for scientific advancements. Marvel’s decision to spread awareness of his story in the finale shows viewers Marvel’s stance on these immoral acts, along with their attempt at providing some form of reparations.

Isaiah’s disbelief in the possibility of a Black Captain America signifies the disbelief many Black Americans have that the government and country as a whole are unwilling to allow a Black person to hold any places of significant power.

Often times, attempts to share the stories of marginalized communities fall short because these stories are being written by people who are not experiencing them.“TFATWS” was did the simple thing that many attempts at activism fail to do, they added diverse to their writers room. This is not a monumental act, but it is one that I believe deserves to be shared because it shows how committed Marvel is to properly representing the Black community.

Kyla Monts (‘23) said, “I think that the show nicely addressed racial discrimination both in the present and past. It also spoke on the disparities of how Black soldiers compared to white ones.”

Same as Miles Morales an Afro Latino is Spiderman

The world is diverse and seeing people who looks like you in our entertainment can and will inspire the next generation pic.twitter.com/AdTgQQmhBh

Another thing I think Marvel did well in conjunction with discussing racial issues is its portrayal of john walker. John Walker’s entire character is meant to juxtapose Steve Rogers’ Captain America. The effect that the superhero serum, which heightens everything about the Super Soldiers physically but also mentally, made Walker a worse version of himself whereas Steve became a better, braver version of himself. The greatest asset to this comparison is when John Walker kills one of the Flag Smashers in the same way that Steve refrains from killing Iron Man.

“John Walker was picked to be Captain America because he was the strongest, fastest, and smartest. Steve Rogers was deliberately chosen, not because he was statistically the best, but because he was a good person. Steve also never wanted to be a symbol or title, that was just what he was made into. Rather, Steve just wanted to do what was right,” said Madison Kwo (‘23).

After thoroughly enjoying “The Falcon and the Winter Soldier,” I am ecstatic about the recently announced Captain America 4.