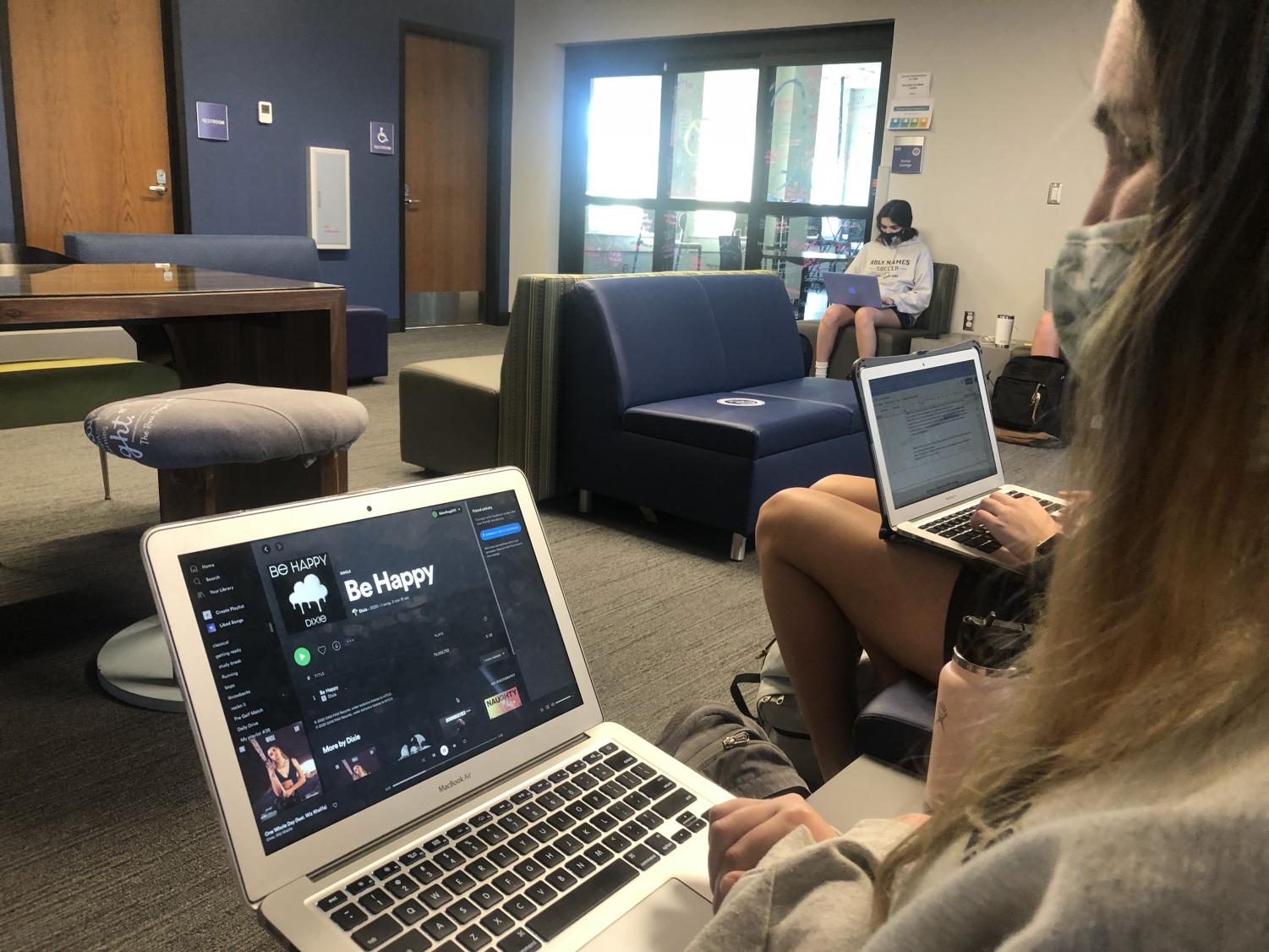 The app TikTok has created a multitude of internet stars who have become famous for making dances to different songs on the app. As a result, the app TikTok has turned many normal people into huge Internet stars overnight. People like Addison Rae and Charli D’amelio, who at first were just making TikToks for fun, are now millionaires. Now that these stars have already made it big on TikTok, many of them are trying to make it in the music industry. But why?

Half of these TikTokers have no experience doing anything involving music, and now suddenly they are big on TikTok and they get a huge record deal? It doesn’t seem fair to the musicians who have worked their entire lives to get the opportunities that popular TikTokers have gotten without even really working for them. Brynn Wilary (‘23) said, “I think that some of the Tik Tok stars getting popular is kind of annoying because I think most of them are really only in it for the money and don’t actually care about their music in the first place.”

as a musician it hurts a lot seeing these tiktokers become famous for breathing and releasing music just ✨because✨ while i have to sit here and fear that i can't make a living out of music even tho it's the only thing i wanna do for a living and the one thing i'm good at https://t.co/epLewuDWp0

The concept of an industry plant isn’t unknown to Hollywood, and with TikTok stars like Addison Rae and Dixie D’amelio starting music careers, many people have been calling them “industry plants”. Both Rae and D’amelio gained millions of followers on TikTok by doing dances, and somehow both ended up getting record deals even though they had previously expressed no interest in making music. It’s pretty obvious that they are only really in the music industry because of the money, and that might not necessarily be their fault. It could be their team and their management wanting them to make more money.

Many TikTokers like Addison Rae and Dixie D’amelio have gotten so much hate and backlash because of their music. When Rae performed her song “Obsessed” on Jimmy Fallon for the first time, she received a ton of hate for her performance. When Dixie D’amelio released her first song, it was made fun of all over TikTok for weeks. It seems that although making music might be making D’amelio and Rae more money, the only reason people are listening to their music is to make fun of it. I think that’s exactly what their team wants to happen. Bad publicity is still publicity, and people making fun of Addison Rae and Dixie D’amelio’s music all over TikTok gives us even more of a reason to listen to it, whether it’s to laugh at it, to see how bad it really is, or to make a TikTok making fun of it. This still is giving Rae and D’amelio and their team exactly what they want, which is more money.

When Dixie D’amelio started releasing music, people noticed her Spotify listeners were very high for someone who had only released two songs. In December of 2020, Dixie D’amelio had more monthly listeners than Led Zeppelin, Pink Floyd, Pearl Jam, and Alice in Chains.

Julia Lombardi (‘23) said, “It’s so crazy to think that she ever had more monthly listeners than huge artists like that. Especially when she had only released two songs, there’s no way those streams weren’t bots.”

dixie damelio has passed soundgarden, alice in chains, and pearl jam in monthly listeners on spotify….she’s less than a million from passing nirvana….i literally cannot do this anymore

There are some TikTokers who at least seem to be taking their career in music more seriously than others. Maybe it’s just because I enjoy their music more, but either way it seems as if someone like Jaden Hossler could actually have a shot at making it in music. Travis Barker from the band Blink-182 and Machine Gun Kelly have both been helping him with his music, with Barker playing the drums on a few of Hossler’s tracks. Jaden Hossler will also be opening up for Machine Gun Kelly on his tour this fall, which is something that also makes him stand apart from fellow TikTok stars who have ventured into the music industry.

Vivian Cole (‘23) said, “I wasn’t actually expecting to enjoy Jaden Hossler’s music, since he was a Sway boy and he wasn’t really a musician to start with, but I was actually really surprised at the way his music turned out. It’s genuinely listenable, which is surprising since other TikToker’s music is so hard to listen to.”

Ultimately it is obvious that music is just a moneymaking tool for most famous TikTokers, and although there are a few who have talent and are genuinely making good music, they can be overshadowed by the bigger named TikTokers that make music that is made into jokes by people on the internet. People like Addison Rae and Dixie D’amelio thrive off of the jokes and hate because it is the only way they can actually get people to listen to their music. It’s sad that the music industry has come to signing these people purely because they can make them money, and not because they are genuinely talented.