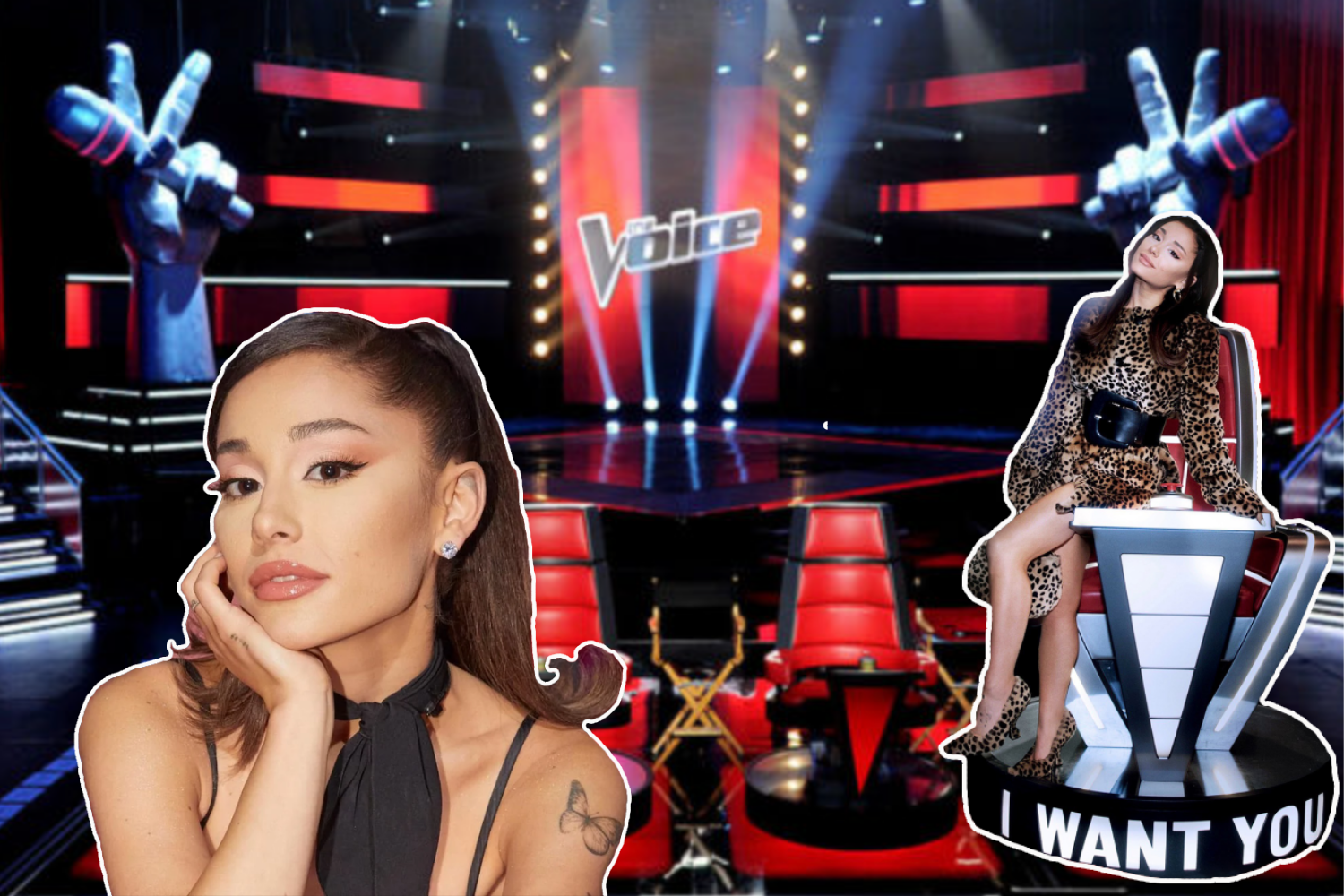 Ariana Grande is set to bring a big impact to “The Voice.”

For its 21st season, Ariana Grande will join the four time Emmy Award winning series, “The Voice.” Grande will serve as the fourth judge in the show, replacing Nick Jonas. She is co-hosting alongside Blake Shelton, Kelly Clarkson, and John Legend. Grande will be sure to bring a fresh perspective and energy to the show.

On Monday, September 21, the first episode of the new season premiered. The show airs Mondays and Tuesdays at 8 p.m. PT/ET on NBC. Regan Hernandez (‘24) said, “I was so excited back in March when Ariana announced she would be joining ‘The Voice’ on her instagram and I stayed up Monday night to finish the episode. The singing performances were incredible and I’m looking forward to the remaining season.”

The process of “The Voice” consists of three audition stages before contestants are able to participate in the blind audition during the show. The blind auditions are solely based on voice, not looks. If a coach is impressed by the voice, they will press a button on their chair to claim they want them on their team. If one or more coaches press the button, the contestant will decide which team they would prefer to be on. However, if none of the coaches push their buttons, the contestant will be eliminated. The next round of the show is the battles. After giving feedback and advice to each of their respective team members, the coaches will place two members of their team against each other. At the end, the coach will choose between the two to decide  who will advance to the next round. The knockouts are the third round of the show. This round is another performance battle between the coaches and two team members. This leads to the show’s final round, the live shows. Each member will perform and the audience sitting at home can vote on the “The Voice” app. After each performance, the contestant with the lowest votes is sent home. NBC The Voice Official Casting Site says, “In the end, one will be named “The Voice” and will receive the grand prize of a recording contract.”

how it started vs. how it's going pic.twitter.com/9yUGD9unJr

This season is set to be groundbreaking, now that Grande has joined. Not only does her massive following bring more attention to the show, but her personality and talent will make her an impactful addition to the coaching staff. Audrey Morrisey, executive producer of “The Voice” says, “Having Ariana join us this session is the freshest thing ever, so it’s really fun, and she’s been incredible. She’s relevant right in this moment in a unique way.”