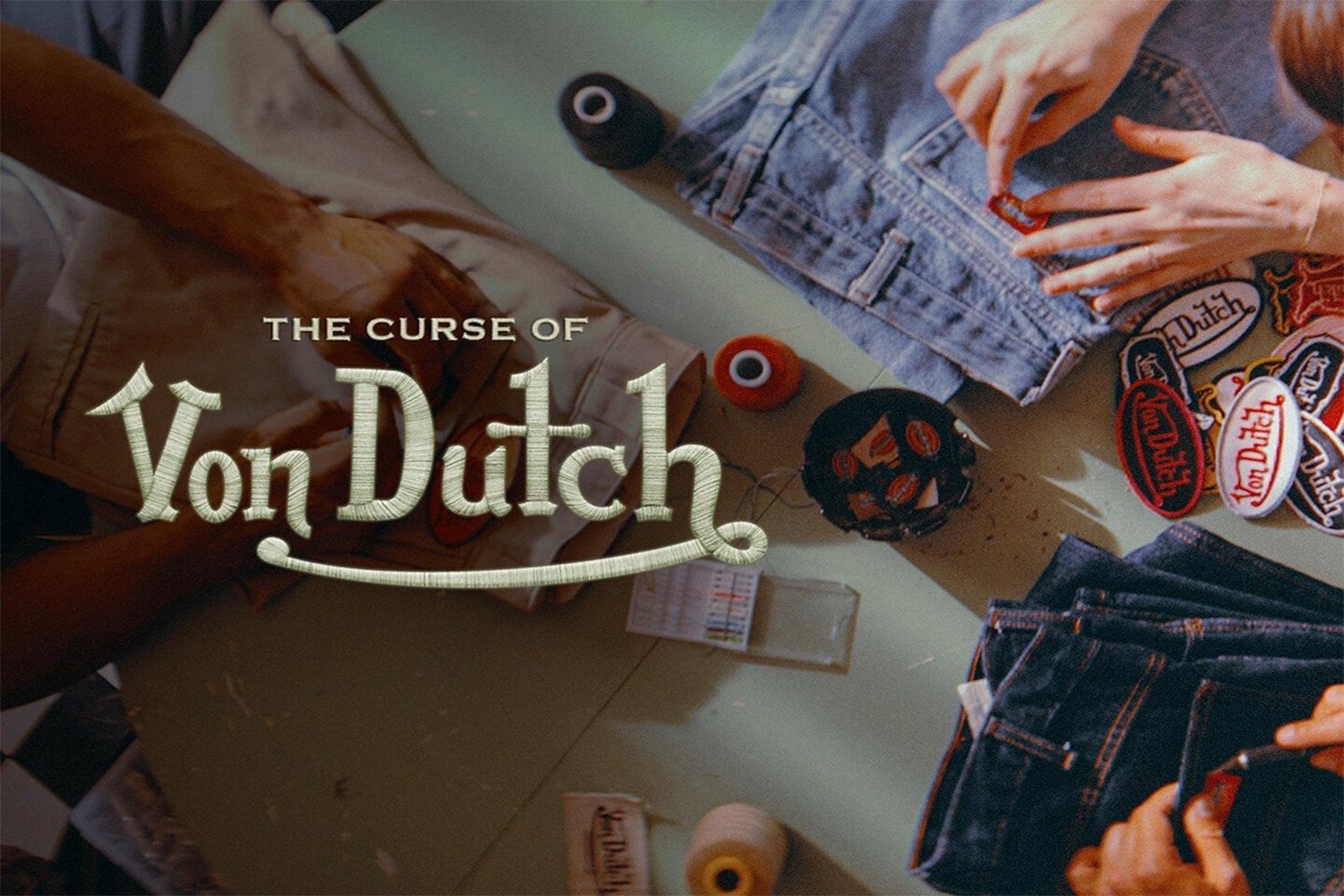 Hulu’s new docuseries offers an in-depth examination of the scandalous past of Von Dutch.

The Curse of Von Dutch: A chaotic rise and fall

Hulu’s three-part docuseries, The Curse of Von Dutch: A Brand to Die For, explores both the birth and demise of one of the early 2000s most renowned brands, famously known for their trucker hats and the celebrities that wore them. Although the brand’s hats were deemed as “one of the biggest tacky-chic accessories of the era,” the demise of Von Dutch goes deeper than just an out-of-trend hat.

Is anyone watching this #VonDutch show on Hulu? It's pretty wild! I had absolutely no idea about the back story pic.twitter.com/gCHQUcRebi

Legendary figure of hot-rod culture in the 1950s and 60s Kenny Howard gave Von Dutch their name, but was unconcerned with the trademarking of his work. “Use any of my stuff you want… nothing is original. Everything is in the subconscious, we just ‘tap’ it sometimes and think we have originated something,” said Howard of his brand at the time it began to gain fame.

Due to this absence of credibility, Von Dutch eventually became the pit of a battle between Ed Boswell, Mike Cassel, and Robert “Bobby” Vaughn, all of which believed the brand belonged to them.

“[It’s] crazy how the need for fame turned these business partners against each other, which only hurt their reputations and the company,”said freshman Olivia Parsons.

After Howard’s death in 1992, his daughters sold the rights to his namesake to Boswell, a hot-rod culture fan. Four years later, Boswell met Cassel, a known drug kingpin with ties to drug lord Pablo Escobar. Shortly after, the two met Vaughn, and together, they officially launched Von Dutch, in hopes of creating the next most-iconic fashion line in America.

Name a more iconic trucker hat. We dare you. #TheCurseofVonDutch: A Brand to Die For is now streaming. pic.twitter.com/rxuDLP3Y4y

While the show seems to lack the necessary components to become successful in the world of true-crime media, as there was murder but no mystery, The Curse of Von Dutch dives into the complexity of how and why people can feel such a strong connection to a clothing brand.

The series also covers the impact of celebrities enjoying a brand on the rest of the public. Hired as head of celebrity marketing around 2003, Tracey Mills was Von Dutch’s connection to the A-listers. Without these relations, the brand might not have seen celebs like Paris Hilton, Justin Timberlake, and Britney Spears wear the infamous Von Dutch trucker hat. Influencers commonly set trends, but in the 2000’s, they were especially looked to for wardrobe “approval”.  At the time Von Dutch emerged, there was no social media, making celebrities seem almost unattainable. And so, the famous faces that wore Von Dutch led the brand in its success.

#VonDutch makes for an interesting cautionary tale for #marketers. The takeaway: there is such a thing as too much exposure: https://t.co/Ur0zOGrjER

As  the brand and its trucker hats evolved into an everyday accessory, rather than a designer luxury worn by only the celebrities, the in-group began to lose interest. As quickly as these celebs had taken to Von Dutch, they began ditching the now-unpopular styles. Almost overnight, the multinational fashion brand turned into something that fashion icon Paris Hilton said she “wouldn’t be caught dead in.”

Throughout each episode, audiences see the extremities of heavily identifying with clothing brands, causing them to wonder: Is there a fine line between enjoying a brand and making it part of your persona? And what matters more, the brand, or whoever wears it?

Sophomore Abby Pyle said, “I think that whether or not we realize it, we tend to look to influencers to set clothing trends instead of wearing what we actually like.”