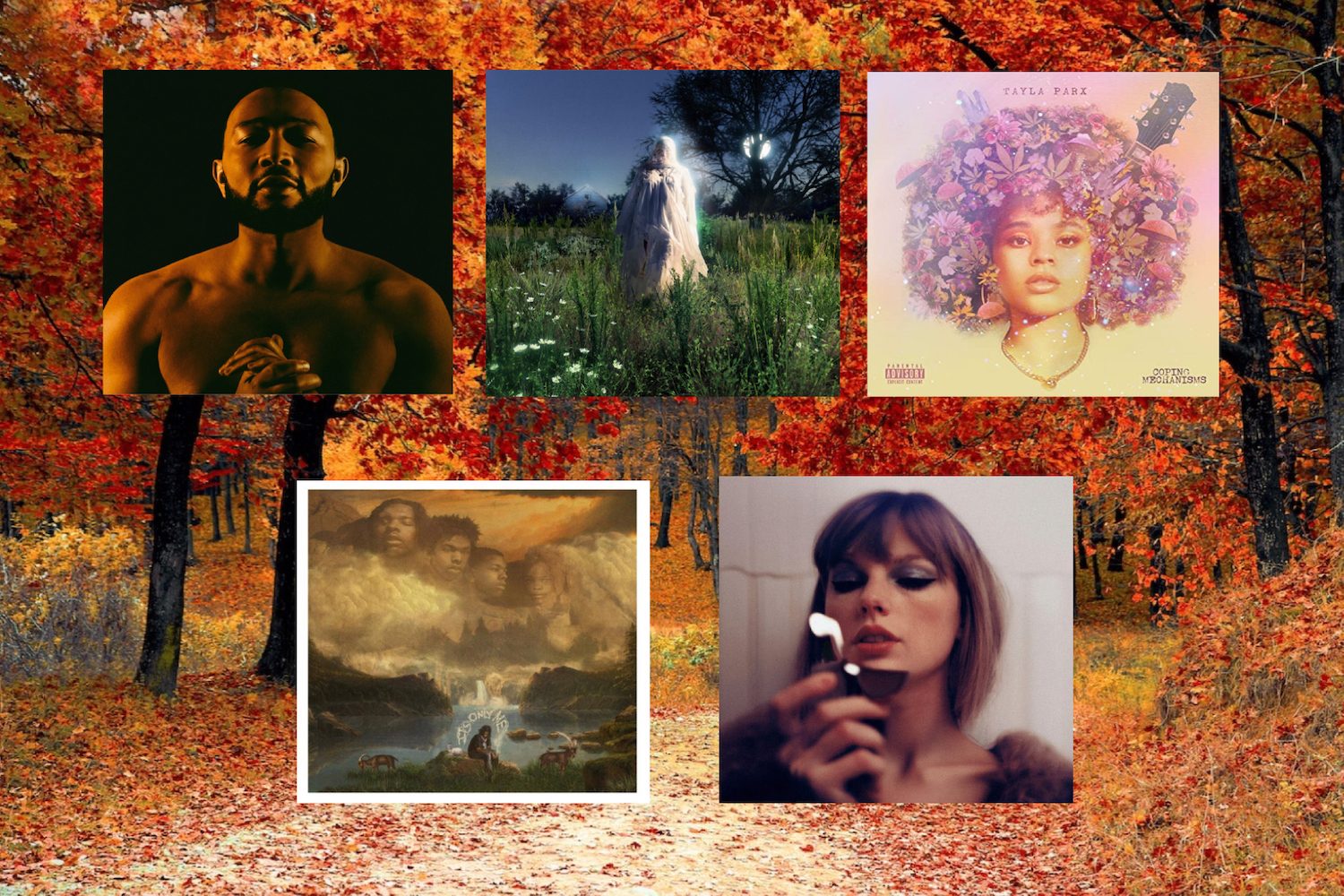 Amber Torres (‘23) says, “My favorite part about new music coming out is going to the artist’s concerts. I can’t wait for all the new releases and concerts that will happen this fall!” (Photo Credit: Sophie Odmark/ Notability)

Amber Torres (‘23) says, “My favorite part about new music coming out is going to the artist’s concerts. I can’t wait for all the new releases and concerts that will happen this fall!”

This fall will be especially unique with all the music releases from popular artists such as John Legend, Noah Cyrus, Lil Baby, WILLOW, and Taylor Swift. John Legend’s most recent album, Legend, was released on September 9, 2022. Legend has not released an album since Bigger Love in 2020, which was received with applause. Legend has been highly enjoyed by fans.

Campbell Halme (‘23) says, “I am a huge John Legend fan and I always love listening to his albums while I’m driving. His new album is definitely just as good as his old ones and my favorite song is ‘Splash’!”

Pitchfork, an album review website, suggests that Legend’s new album was made to switch from his previous family-friendly, wholesome image to more of a “playboy” persona, which can be seen by the album cover featuring a shirtless John Legend. Legend includes features from Saweetie, Ty Dolla $ign, Rick Ross, and more. The top-streamed song on the album is currently “Wonder Woman” with 1,931,469 streams on Spotify.

Let me guess your favorite songs from my new album #LEGEND: https://t.co/6OO4Ferhru

Noah Cyrus’ newest album, The Hardest Part, was released on September 16, 2022, and met with much admiration. Listeners write that Cyrus’ songs, written in a folk music style, were very emotional and relatable. Coming from the famous Cyrus family, including Miley Cyrus and Billy Ray Cyrus, Noah Cyrus has experienced far more trauma than most other 22-year-old girls. Cyrus uses her experiences of heartbreak and family drama to write her new album. As of September 17, only one day after the album’s release, The Hardest Part has accumulated 3 billion streams and is predicted to gain even more in the upcoming weeks. Riff Magazine says, “The Hardest Part is a modest offering of 10 folky, sometimes nearly alt-country songs, but Cyrus’ ability to weave deep emotion into her music gives the album greater weight. Gut-wrenching honesty, a knockout duet, and simplistic orchestration position her as the star of her own story in a way that feels equal parts refreshing and heartbreaking.”

noah cyrus’ new album is perfection. literally everything that ive been feeling the past few months. repeat repeat repeat

WILLOW gained many fans with their hit songs “Wait a Minute!” and “Meet Me at Our Spot”, which both grew in their fame through Tik Tok trends. Since then, WILLOW has gained more loyal listeners who await the release of their newest album, <CopyingMechanism> on September 23, 2022. In her recent albums and song features, WILLOW has worked with well-known punk rock artists such as Travis Barker, Avril Lavinge, and Machine Gun Kelly. Those who listen to her music predict that <CopyingMechanism> will stick to this alternative music genre. The album’s release announcement was accompanied by a new single called “Hover Like a Goddess”. In regards to the song, WILLOW says, “Every woman deserves to be worshiped. This song is an ode to the divine goddess within us all.” Fans predict this will foreshadow some themes of girl power and femininity in her upcoming album.

Shayla Muhsen (‘24) says, “I like all genres of music and willow has songs that are alternative and chill which is really cool. I’m excited to see what kind of music her new album will bring.”

Lil Baby is set to release his new rap album, It’s Only Me, on October 14, 2022. The album release was announced by an Instagram post from Lil Baby on September 2, 2022, and met with much praise from his listeners. This will be Lil Baby’s third studio album. His last studio album, My Turn, was released in February 2020 and has earned a quadruple platinum certification from the Recording Industry Association of America.

Lil Baby hopes for the same success with his upcoming album and many fans, such as Addy Brown (’24), look forward to the upcoming release.

Brown says, “I’ve been a fan for a bit, but I didn’t realize how many songs I knew until I went to the concert and I’m excited about his new album because he never misses.

Finally, Taylor Swift announced her upcoming album Midnights to be released on October 21, 2022, and was met with an uproar of anticipation from her fans, also known as “Swifties”. Swift released two new albums in 2020, but since then has been preoccupied with rerecording her past albums, Fearless and Red. Swifties were expecting the announcement of another rerecorded album and many were shocked when the announcement was the creation of a completely new album. Swift’s album is said to have 13 songs, but the genre has yet to be determined,  as Swift has used various music genres in her past albums. Swift has recently released merchandise through Target to promote her upcoming album and Swift’s listeners cannot wait to see what Swift has in store.