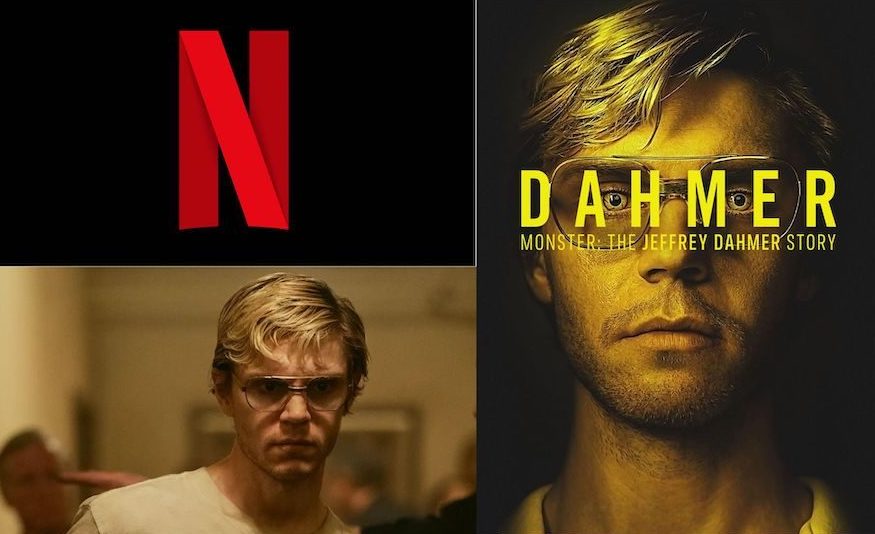 The second Netflix released the series Dahmer, it instantly captured the attention of millions of Americans.

The release of the series Dahmer on Netflix took over social media immediately. However, while most raved over the series, a lot of controversy was stirred up in the process.

The show begins at the end of Dahmer’s reign of terror when one of his victims escapes and reports to the police. It then works through all of his victims and how each one of his murders came to fruition. The series finishes with his court trials and sentencing as well as part of his time in prison.

“I did not know a lot about Jeffrey Dahmer or who he was but this series did a great job of encapsulating his life in extreme detail,” said Lauren Wehling (’23).

Did You Watch or Do You Plan on Watching the Dahmer Series?

The actor who played Jeffery Dahmer, Evan Peters, truly made the character. As seen in tapes from Dahmer’s trials, Peters did an excellent job at making the character as realistic as possible in the series. His voice, actions, and persona all resemble how Jeffrey Dahmer actually acted himself. Both of the men even looked alike, which made the series all the more eerie, as it was like watching the events unfold in real time.

“I started the series but it honestly got so gruesome I stopped watching it halfway through. Usually true crime shows and movies do not bother me but this one was way too realistic,” Sofia Miranda(’23).

Some of the reviews given by critics include:

“While the series respectfully mourns and inveighs all the loss that surrounds him, it also turns Dahmer into a hideously immortal thing: an icon.” (Richard Lawson/Vanity Fair)

“It is gruesome, disturbing, and unnervingly precise in re-creating Dahmer’s history and the legend that has arisen around him. It is also an example of how the Ryan Murphy brand can be at odds with a story’s mission.” (Melanie McFarland/Salon.com)

“Murphy and his collaborators are obviously aware of how exploitative it can be when the stories of serial killers are sold to a murder-obsessed public… but the show never figures out a way to avoid committing the same crime.” (Jen Chaney/New York Magazine/Vulture)

The series has certainly stirred the pot when it comes to controversy. It has started concerning trends on TikTok and also sparked backlash due to Dahmer’s primary targets being Black or those a part of the LGBTQ community. This can be very traumatizing to an audience that is a part of these communities due to the horrific and targeted acts.

The series also did not take into account the feelings of the victims’s family members, most of whom have criticized the show due to its lack of concern and empathy for the families that had to endure the real Jeffery Dahmer.

I’m not telling anyone what to watch, I know true crime media is huge rn, but if you’re actually curious about the victims, my family (the Isbell’s) are pissed about this show. It’s retraumatizing over and over again, and for what? How many movies/shows/documentaries do we need? https://t.co/CRQjXWAvjx

So while the show does do a great job of recreating the history of Jeffery Dahmer, enough is enough for those who are still mourning the loss of a loved one due to this man.

Today’s society does not need another true crime series to be obsessed with just so that the horrible events of the past can be relived for the enjoyment of those that did not go through the pain that others have.