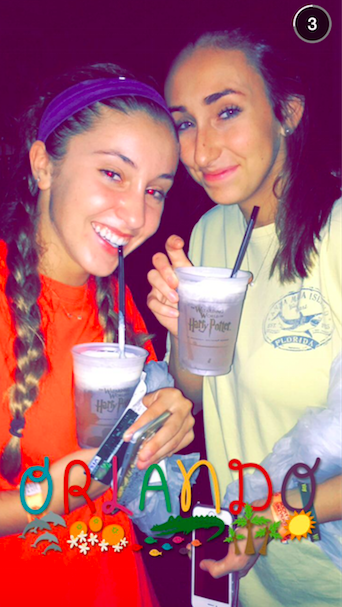 Halloween Horror Nights is an annual event that takes place every night around the Halloween season. Universal Studios in Florida, Singapore, Japan and Hollywood all partake in this festivity. Halloween Horror Nights, which is based off a different theme each year, includes haunted houses, scare zones, live entertainment, and the typical Universal rides, which remain in operation during the event.

On September 16, Universal’s Halloween Horror Nights 2016 opened at the Universal Resort in Orlando. The event will take place through October 31, Halloween. Tickets cost $104.99 for general admission; however, for Florida residents, the price is decreased to $55.99. All Horror Nights tickets become active at 6:30 pm and work until 1:00 am.

This year, there are nine new houses, each having a theme that is sure to make a viewer scream. The 2016 house themes include American Horror Story, The Texas Chainsaw Massacre, Ghost Town, The Exorcist, and many more. The scenes of the haunted houses are believable and true to the theme, making the experience even more scary for park-goers.

For example, the American Horror Story house recreates the scary threats from Murder House, Freak Show, and Hotel, which are all episodes from the TV series.

The other features of Halloween Horror Nights, like scare zones, shows, and rides, are also major attractions of the event.

Scare Zones are found throughout streets of Universal, where monsters and other creatures roam. This year’s scare zone’s themes include Dead Man’s Wharf, A Chance in Hell, Vamp ‘99, and more. In the Dead Man’s Wharf zone, actors dress up as creepy spirits and pretend to come back from the dead to punish the town that left them to die in the sea.

Senior, Audrey Dunn, who attended Horror Nights last year, exclaims, “I loved the scare zones because I like to try and talk to the monsters and scary people walking around, even though they usually are not that friendly.”

However, Junior, Claire Obeck states that she “wishes the scare zones did not exist because they give you no time for relaxation after exiting the haunted houses.”

The 2016 shows will also leave the audience scared. The shows this year are Academy of Villains: House of Fear and Bill & Ted’s Excellent Halloween Adventure. In the Academy of Villains show terrifying prisoners break out into an insane, energy-filled dance number that will leave the observer anxious. Taking a more comical approach, Ted’s Excellent Halloween Adventure features the actors targeting the flaws of known politicians, businessmen, and pop culture superstars.

Sophomore, Emily Abdoney, admits that “even though the houses are spooky and fun, I enjoy going on the rides much more because I love roller coasters! Also, the rides are even more fun at Halloween Horror Nights because it is cool to ride them at night when it is dark.”

With the houses, scare zones, shows, and rides, every AHN girl should be sure to attend the scary, but fun, event!