3 Ways to Save the Bees 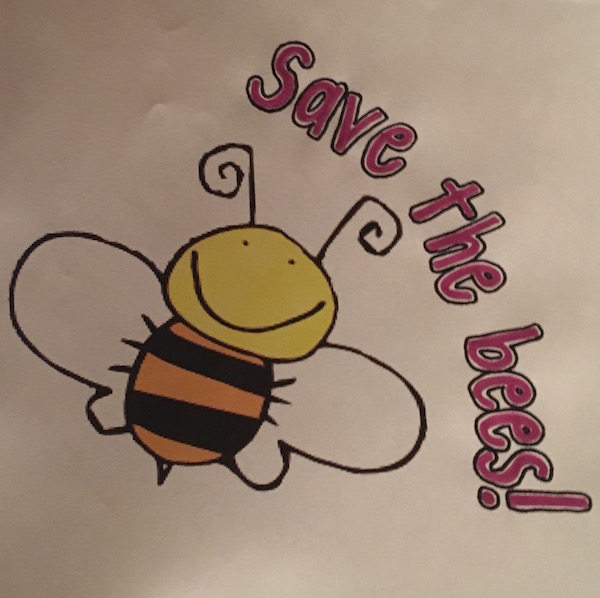 There are multiple benefits of bees such as honey, pollination, and skin care products from their honey!

On October 2, bees were added to the U.S. Endangered Species List. In the last year, 44% of bees have died. Scientists do not know for sure what is making the bee population decrease at such an alarming rate but partially credit it to neonicotinoids, insecticides that are similar to nicotine. Neonicotinoids are found in some lawn-treating agents and when bees go to pollenate the flowers that contain the neonicotinoids, the bees ingest the chemicals. These chemicals found in pesticides cause brain dysfunction in the bees which then kills the bees. There are other causes to the drop in the bee population but the use of neonictinoids in pesticides is the main cause that can be accredited to humans. Without bees, the plant population would decrease because they can not reproduce as easily. Because of this, our plant-based food sources would run out. There are plenty of ways help the bee population grow. Below are some easy ways YOU can help #savethebees!

PLANT THESE FLOWERS TO HELP OUR LIL POLLINATING PALS

RT TO SAVE THE BEES pic.twitter.com/ZdM9oMXWnq

Reduce the amount of pesticides that are put on plants

If the amount harmful pesticides on plants is lowered, the chance of neonicotinoids being ingested by bees is also lower. Neonicotinoids are poisonous to bees and other insects that are attracted to flowers with the neonicotinoids. Pesticides are not good for the environment and the atmosphere either so eliminating the use of them benefits more than just the bees.

Local farmers are less likely to harm their bees because they are producing honey in smaller batches than the commercial farmers. Commercial farmers have to mass produce honey, making it more difficult for them to tend to each of the bee’s needs. Buying honey locally supports the local farmer. When there is support for local farmers, more people will begin to create their own honey farms.

Senior and bee enthusiast, Liz Benjamin, shares, “It’s important to help save the bees because they pollinate a vast amount go our crops and the work they do is vital to us as humans. The way they are being treated in the food production industry is unsustainable and harmful to the species as a whole. If the bees go, we go!”

Being knowledgeable on the bee epidemic can help you to be aware of the ways you can help. Bees pollinate plants which produce oxygen that living things breathe. They also pollinate various crops that people eat. Knowing that as humans we need bees to survive can help to keep them alive. Do your part so together we can get bees off the endangered species list!