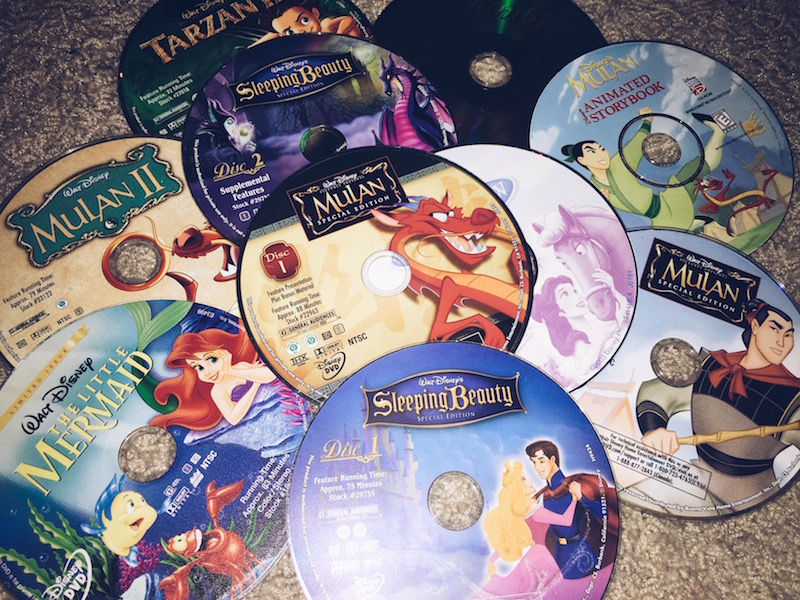 Mulan is as old as high school seniors having premiered in 1998 Credit: Grace Neal/Achona Online

Walt Disney animations have been a part of children’s lives for generations, leaving many dedicated audiences concerned about the production company’s latest trend of turning cherished childhood films into live action remakes. So far Alice In Wonderland, Cinderella, and Maleficent are only a few among the remakes that have successfully charmed audiences. Yet, recently discussions about new adaptations such as Mulan, The Lion King, and Aladdin have sparked controversy surrounding the accurate portrayal of these treasured movies.

Mulan, originally premiering in 1998, focuses on the tale of a young and courageous Chinese heroine, daring to break boundaries and save her country in the process. A draft Disney is using as a starting point for the expected 2018 film, reveals that a European man is to lead the movie leaving Mulan to become a secondary love stricken character. Disney is also receiving backlash for their rumored lack of Chinese casting, which discredits the Chinese culture which the original movie is centered around. The public is irate about supposedly stripping the feminist and cultural message from the film, backtracking the progressive meaning of the story.

she taught young girls that you don't need a man to succeed, that as a woman you too have power. don't take that away. #makemulanright pic.twitter.com/JHz98x6cfU

Having just heard the news about the remake, senior and avid Disney lover Katie Hale, shares her opinion expressing “Personally leaving the racist and feminist parts out of it, I don’t know why they would change a really great movie. In the original movie, Mulan saves China and the whole point of the movie is that she is her own hero. She doesn’t need anyone to save her, she just wanted to help bring honor to her family.”

Lack of maintaining this message in the live adaption concerns viewers, due to the frequent issues with embracing cultural diversity and feminism in today’s society, including Hollywood. “White washing” in the film industry has become a major concern, especially for the second largest media conglomerate in the world whose major audience is children. Growing up in a media filled generation that does not display a realistic society or embody differences in culture, worries parents and can reflect poorly on the entertainment industry.

Following the media frenzy over the allegations surrounding the story and the cast, a source backing Disney Studios shared with Vanity Fair “The spec script was a jumping-off point for a new take on the story that draws from both the literary ballad of Mulan and Disney’s 1998 animated film. Mulan is and will always be the lead character in the story, and all primary roles, including the love interest, are Chinese.”

Among the list of upcoming reproductions, Aladdin is also revisiting the silver screen to show audiences a new fantastic point of view. Yet, there are a few fans telling Disney no (and where to go) or at least showing hesitance towards the creative development team. The remake of the beloved 1992 tale of a Middle Eastern street beggar who befriends a magical genie, will reportedly be brought to life by director Guy Ritchie. The public is nervous that his unique and edgy point of view, having directed movies such as The Man From U.N.C.L.E. and Sherlock Holmes, may not interpret the story in a way that respects the film so many hold close to their heart.

Crowds may be hesitant about the changes that could be made to popular storylines in the remakes, but that does not stop Disney from proposing new additions. The Lion King is in the works with the recent block buster The Jungle Book’s director, Jon Favreau, heading the project. Similar to Maleficent, which shifted the traditional point of view towards the villain, 101 Dalmatians’s Cruella Deville may be getting her own feature film. Disney’s method of operation differs with each live action project but some remakes stick to the beloved storyline, such as in the 2015 remake Cinderella. Many are interested in seeing how Disney handles the highly anticipated Beauty and the Beast film coming out in March of 2017, starring Emma Watson as Belle.

A post shared by Beauty and The Beast (@beautyandthebeast)

In discussing her favorite childhood movie, Cinderella, freshman Noelle Choueifati mentions the remake sharing “The live action Cinderella was an example of how I wanted to be, because it actually gave me insight into how Cinderella would be realistically”.

Disney movies have been cherished for centuries and reach out to every age group, assuring that with each remake that comes out, children and those who saw the original as children, will all be at the theater. Yet, to ensure positive reviews Walt Disney Studios is being encouraged to stay true to the heart of the stories and the characters that reached out to audiences in the first place.