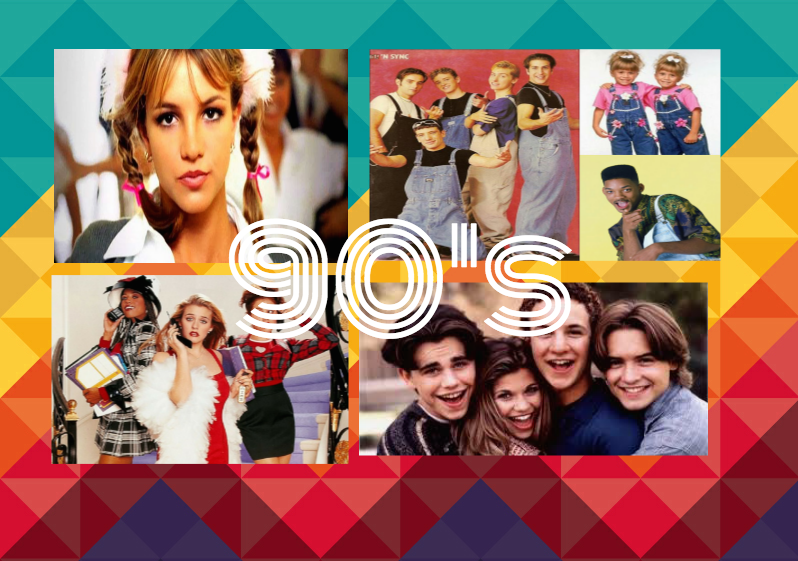 The 1990’s trends are slowly making a comeback and praised for its originality. The kids born in the 2000’s were questioned to see if they were aware of all the 90’s pop culture.

There was once a time where “2020” sounded futuristic but now it is around the corner, making the 90’s seem far away. Many identify the 1990s as the prime years of the today’s young generation. The 1990s was an era filled with classic films, television shows, and songs that are still popular today. The kids born in the late 1990’s, like the majority of the senior class, were greatly influenced by 90’s culture and they continue to reminisce on fashion and classic films that are still enjoyed today.  The freshman and sophomore class was born in the 2000s, so the real question is: have girls born in the 2000’s been exposed to these iconic trends?