Humans Of Academy: Sydney Beil and her band Inkblot perform at Crowbar 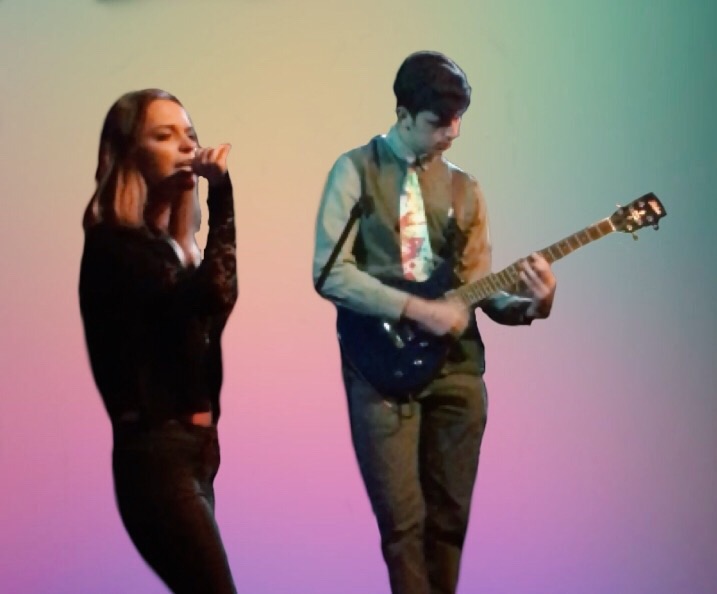 (Photo Credit: Keri Kelly / ACHONA Online) Beil says when she has a case of writer’s block, her musicians are there to get the ideas flowing again, which is actually how their first original song, “Bleu”, was written. Beil says, “First song; I had no idea what to do because it was the first song I’d ever written, so our drummer said: ‘Skydiving. Do something about that.’”

Junior Sydney Beil and her band Inkblot rocked the stage at the Crowbar in Centro Ybor on Sunday November 27. The concert also included performances from local indie rock bands Infinity on High and The Infinite Eights.

Inkblot opened with a cover of The 1975 hit “Love Me”, followed by “My Medicine” by The Pretty Reckless. The rest of their set included other indie covers like “99 Red Balloons” by Goldfinger, “Dog Days Are Over” by  Florence + the Machine, “Talk Too Much” by Coin, and “Madness” by Muse. The band also sprinkled in their three original songs:  “Bleu”, “Jade”, and their latest, “Fool’s Gold”.

Here is a clip of Inkblot’s original song “Bleu”.

Senior Liz Benjamin was impressed by Inkblot’s performance. She says, “They were very confidant and comfortable on stage.”

Beil is the lead singer of Inkblot, and its other members include guitar and keyboard player Jordan “Piano-hands” Vivero who is a junior at Jesuit, bassist Declan Carey who is a senior at Gaither, and drummer Michael Fell who is a junior at Sickles.

Inkblot had its genesis in February of 2016, and since has been developing their alternative rock sound. According to Beil the evolution of their group identity was natural because they all like the same type of music.

Beil says Inkblot’s music is an experience individual to the viewer.

“Since people are asked what they see in an inkblot test, our music is whatever people feel they want it to be.” she says.

Their song writing is a collaborative effort that begins to the tune of Jordan Vivero’s guitar or keyboard. Next he will bring the piece of music to Carey and Fell for the bass and drums. Then, Beil will give it a listen, polish the melodies and write the lyrics.

Inkblot will record their first single on December 18, and they are working on an EP of original songs that together tell a story. Beil projects that the EP will drop before the school year is over.

In the meantime, Inkblot has another gig on December 16 at Skippers Smokehouse at 7pm.