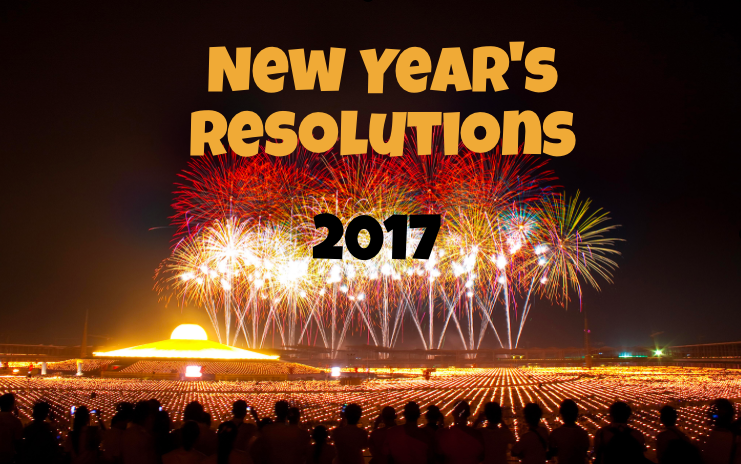 Some students believe New Year’s Day is a fresh start to make resolutions for the coming year, while other’s believe it is just another day on the calendar.

New Year resolutions are a tradition in which a person makes a promise to themselves to end an undesired trait or behavior. Many people also make resolutions to begin a new habit or lifestyle. The idea of the calendar starting over gives people a feeling of a new beginning and a chance to reflect on their past year’s habits. Although many people participate in this tradition at the start of a new year, as the year progresses few stay true to their resolutions.

Many Academy students have made their New Year resolutions for 2017 and are determined to obtain success.

Senior Claire Leto says, “My resolution this year is to be a vegetarian and stick to it.”

Leto has attempted to become a vegetarian before and failed. However, this time around she is determined to not fall to temptation.

Junior Feraby Hoffman says, “This year I am going to try running more.”

Hoffman is one of the few who has stayed true to a New Year’s resolution.

Hoffman says, “I once gave up diet coke, which made me stop liking the taste of it. So I do not drink it at all anymore, which is really good.”

Sophomore Katie Taulbee is another one of the few who has stayed true to her past New Year’s Resolution.

This year Taulbee plans to make an effort to run more.

Taulbee says, “I plan to run at least three times a week.”

Freshman Olivia Williams and Junior Alexandra Fonseca claim they have never made a New Year’s resolution.

Williams says, “I don’t have one because I make one in the beginning of the year and then over time I forget about it or don’t apply it to my life.”

Fonseca says, “I have never done a New Year’s resolution because I know I will never stick with it.”

Some students have given up on the activity due to not finding success, while others chose not to participate out of disbelief in the tradition. Senior Danielle Gutierrez does not make New Year’s resolutions because she does not feel passionate about the idea.

Gutierrez says, “To be honest, January 1 is just another date in a calendar. It is great people are trying to better themselves and all, but most people don’t stick to resolutions. Unless you are really passionate about it, resolutions don’t really mean anything in my opinion.”

Although they admit they have never found success, some students continue to make yearly resolutions. Sophomore Sarah Kate Murphy has never stuck with a resolution but continues to try every year.

Murphy says, “I haven’t had any resolutions in the past that I remembered I stuck with, but I try to think of the best outcome and why I made the resolution in order to stick with it. This year my resolution is to work hard to improve in lacrosse.”

Junior Emily Anderson has made several New Year’s resolutions for 2017.

Anderson says, “I plan to work out every day, eat healthier and be more positive”

Anderson has several inspiring ways she motivates herself to stay true to her resolution.

Resolutions are often tough to stick with, but many students find rewarding results when they stay true to their New Year’s promise. Helpful advice for students who are determined to find success with their 2017 resolution can be found here.