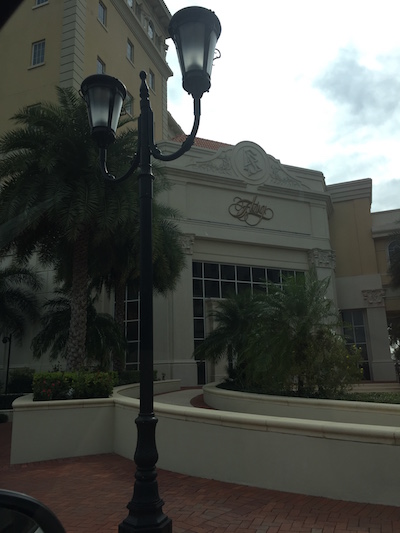 Clearwater, Florida is the international spiritual headquarters for Scientology. The building in this photo is just one of the many that comprises of the Scientology Spiritual Headquarters.

For 35 years, King and Queens actress, Leah Remini, was an advocate for Scientology. Scientology is a controversial religious cult that focuses on the spirit and based around the concept that “man is basically good, and that his spiritual salvation depends upon himself, his fellows and his attainment of brotherhood with the universe.”

How can you identify a Scientologist? They accuse you of heinous crimes, accuse of you being a bigot.. #ScientologyTheAftermath

Unfortunately, those who feel they have been manipulated and abused are punished by the Church. Also, those who decide to leave the Church are labeled as enemies and there are consequences to speaking out against the Church, such as losing one’s family. Often, the Church of Scientology has the families of former parishioners shun their own family members.

Freshman Sarah Munera supports Remini and says, “Even though the Scientology religion tells its members what to do and what not to do, it goes against our free will and freedoms as American citizens.”

After feeling emotionally and spiritually abused by the Church of Scientology, Remini uses her platform to give a voice to the less high-profile victims of the harmful practices of this organization. Their disturbing stories of participating in the Church and the significant effects are shared in her television series on A&E, Leah Remini: Scientology and the Aftermath, as she allows viewers to gain perspective of the dangers, both mentally and physically, in taking part in the religion. In her show, Remini dives deeper into the topic and explores major accusations about the Sea Organization that the Church of Scientology would say are lies.

We are at war with a bully who hurts people who believed in them #ScientologyTheAftermath https://t.co/rRlmsXQvNU

Sophomore Isabella Leandri says, “I think Leah is trying to use her status as a platform to raise awareness since she was very affected by Scientology. I think she wants to help prevent people from going into it because she felt brainwashed and when she left, they terrorized her.”

Below are a few claims made about the Church of Scientology that are addressed in Remini’s show:

The IRS should never have dropped its suit against The Church of Scientology. It is NOT a non-profit organization. #ScientologyTheAftermath

The Church of Scientology does not take Remini’s promoting lightly and has reported time after time about her false allegations. She has also been accused of doing the show as a publicity stunt to earn money.

Junior Emma Heston says, “[Remini] is very successful and not desperate for money. She is sharing other people’s stories along with her own so people do not make the same mistake.”

Through her show on A&E, Leah Remini has initiated a conversation about the issues dealing with Scientology with a larger audience than it has seen before.