The Evolution of Gasparilla 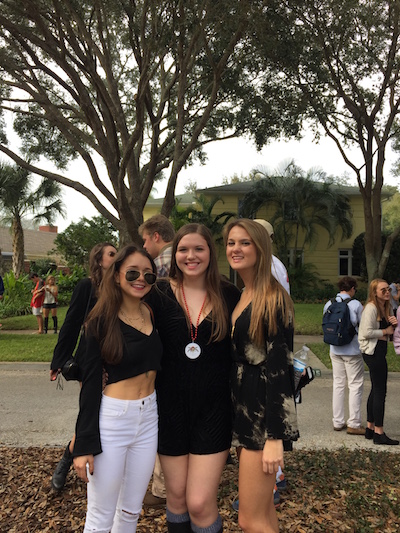 Photo Credit: Julia Prince/Achona Online The parade route starts on Bayshore and Bay to Bay and goes all the way to Curtis Hixon Park.

Each year over 300,000 people attend the Gasparilla parade in Tampa, Florida. The small “holiday” for Tampa locals celebrates Jose Gaspar. There are about a month of events from parades to music festival bringing Tampa together as a community. Gasparilla has evolved over time, growing each year.

1904: First parade in May took place on horseback

1919: After the war, it is moved from May to February. Gasparilla and Florida State Fair emerged as one for decades.

1946: Gasparilla begins again after the War

1988: Parade moved to the first Saturday of February in order to allow for more tourists to attend.

The Gasparilla Krewe and the city of Tampa tried to plan moving Gasparilla up to be the same week as Super Bowl XXV in 1991, being played in Tampa. The NFL tried to convince the Krewe to admit African-American members before the next festival in 1990. The Krewe refused and canceled Gasparilla in 1990.

2005: The parade is moved to the last saturday of January

2012: Academy joins the Children’s Gasparilla Parade with their own float

Senior Rachel Mckenna said “My cousins and I go to Gasparilla Music Festival together every year. It is always lots of fun, and a great bonding experience. I am excited to see Cage the Elephant perform this year.”