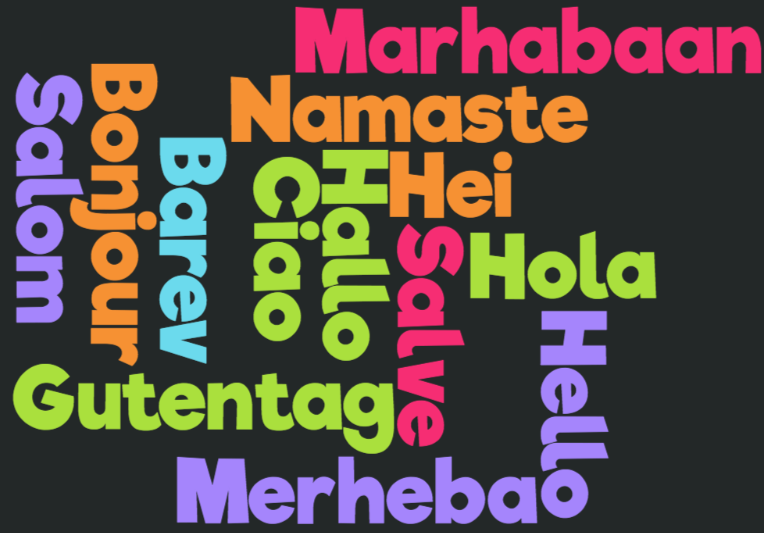 (Photo Credit: Haiqa Mian /ACHONA Online) Junior Madison Warnock says, “I am not multilingual, but I think it’s cool that some people are because you can use it throughout your life.”

The sisterhood at Academy is very diverse. Students with parents who immigrated to the United States are not uncommon. Many of the students at the Academy have the ability to speak another language because they were taught it from a young age as an element of their heritage. Here are some examples of some of those students:

Zakhary’s parents were born and raised in Egypt. She says, “They taught me and my brother Arabic and English together when we were growing up, although English is my first language. We speak Arabic at home with our family.”

The Zakhary family is Coptic Orthodox, a denomination commonly referred to as Egyptian Christian. Zakhary says, “The liturgies are in a mix of Arabic, English, and Coptic so I learned to read Coptic in church.”

Toranzo’s mother is from Mexico and her father is from Cuba, so as a child, she learned both English and Spanish. She says, “Growing up my parents would just speak to us in Spanish, and when you listen to a language being spoken to and around you twenty four – seven , you learn it extremely fast.”

At home she speaks in a mix of English and Spanish and says, “There are phrases I use that don’t make sense in English so I just say it Spanish.”

Stephan’s family is Lebanese. Stephan says, “I learned to speak Lebanese when I was a kid, my parents and other relatives have been speaking it to me since I was young. Usually my parents will talk to me in Lebanese and I will answer back in half English and half Lebanese. Its really useful because when I go to Lebanon I can understand everything.”

In order to see how much Academy girls knew, they were told words in a different language and asked to guess the language and meaning.