Snacks that will bring you back to the ’00s 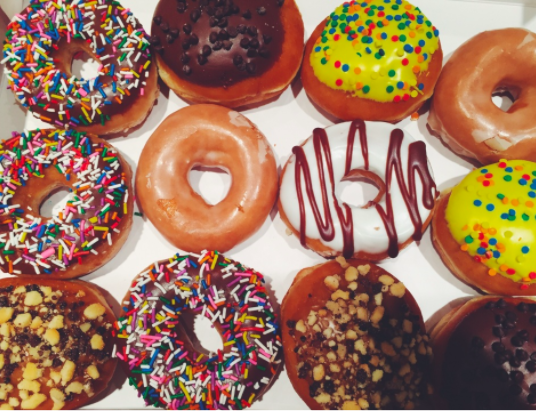 “There were so many childhood snacks I ate that it was hard to keep track of them all,” says Senior Audrey Dunn.

For a daily serving of nostalgia, take a look at the foods and snacks from childhood. Surprisingly, some have stood the test of time while others have stayed in the early ’00s food heaven.

It was thought that pizza could not get any better, then bagel bites were discovered.

These pizza Rolls were the perfect snack for the slumber party screening of Clueless.

These took PB&J sandwiches to a whole new level.

Kid Cuisine meals were the only frozen foods considered cool until it was time to grow up to Lean Cuisine.

The simpler times when gluten was not in the picture.

A bad day was turned completely around when these were brought to lunch.

Senior Kate Scanlan says, “I remember kids used to eat this all the time in middle school and elementary. There was a boy who used to eat 20 of these everyday for lunch.”

Chef Boyardee was the best thing to ever come for canned foods.

Thinking back on the idea of lunchables, it was really just smearing tomato sauce on a stale cracker, and then sprinkling it with cheese and pepperoni. Regardless, it was a personal creation which made it magical.

A post shared by Tabitha the Cancer Chic (@tabbypotter)

These continue to amaze at all ages.

Sophomore Grace Orama says, “I used to have these all the time at lunch. It would take a while to microwave, but they were so well worth it.”

There was no spaghetti recipes needed, just a can that contained the best pasta ever.

Despite parents attempts to want their kids to eat healthy, these foods still reigned supreme. Kids would have much rather eaten these foods, because they are delicious.