April Fools’ Day Pranks To Play On Your Friends In 2017 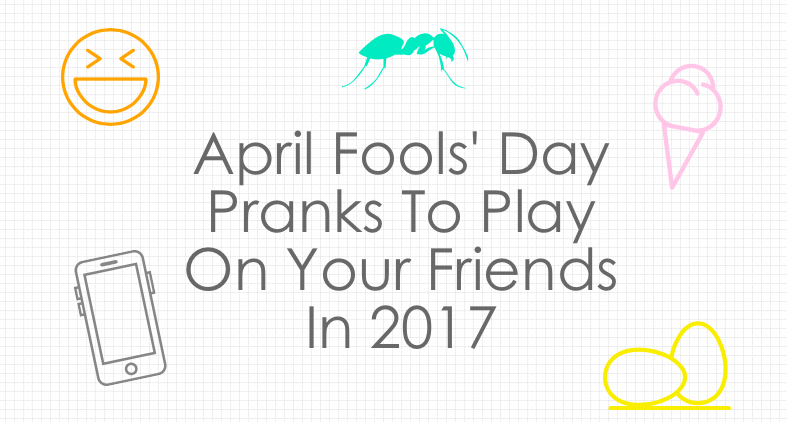 Senior, Zoe Cuva says “I love April Fools’ Day because me and my friends have so much fun with it! We always play pranks on each other.”

April Fools’ Day is almost upon us and that means time to start pranking friends. These April Fools’ Day jokes are just what you need to help bring a little laughter to this stressful week.

The history of April Fools’ Day is a bit unknown, but it is thought to be originated from France back in the 1500s. Since there was a lack of communication between people during the time, people would send wrong information every year on a specific day. Eventually, people would catch onto the idea, and thus, April Fools’ Day was born.

Changing the Language of a Friend’s Phone

Anything with fake insects

Airhorn Under Their Chair

Replace someone’s words on the autocorrect setting of their phone

Boil all of their eggs

These harmless jokes will be all the talk. Happy pranking!