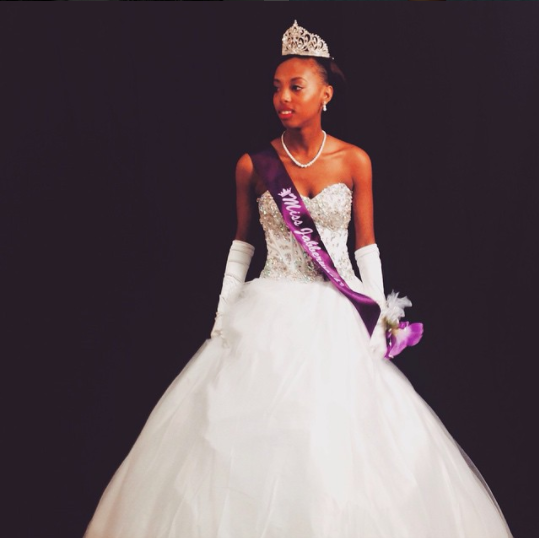 On Sunday April 23, Junior Talia Sharrieff competed in another scholarship pageant, Miss Teenage Tampa 2017 at the Straz Center for the Performing Arts, located in Downtown Tampa and began at 5:00 PM. In the past, she won first place her freshman year in the Miss Jabberwock Pageant 2015. Sharrieff is following her mother’s legacy who won Miss Teenage Tampa in 1990.

Sharrieff says, “This pageant has been incredibly stressful, but it’s all the blood, sweat, and tears are worth it because it has improved me as a person. I’m here to show Tampa I’m back and better than ever.

Sharrieff has had to practice two to three times a week since December, while also having to practice intense choreography for the opening number of the pageant. She had to fundraise money by selling ads and tickets to friends and family.

There are ten female African American contestants in the competition and each contestant wins a different amount of scholarship money depending on where they ranked in the competition. When entering there are a few requirements to compete: two preliminary competitions consisting of an essay and an interview. On the night of the pageant, she was judged on her introduction, evening gown, and talent.

Unfortunately, Sharrieff did not make it to the top five competitors round, but says, “I have learned so much by participating in this pageant. I have bettered my performance skills as well as learning to speak loudly and confidently in front of a crowd of people. I have built nine new friendships with a group of very talented individuals and the winner definitely deserved it.”