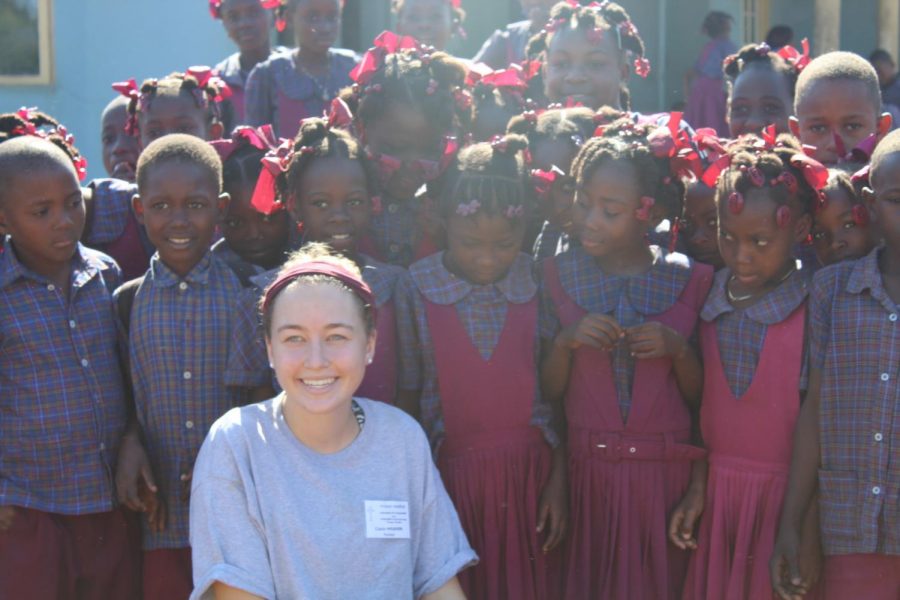 On Oct. 16, 2017, myself and 20 others, including doctors, nurses and volunteers went on a Medical and Dental Mission Trip to Sainte Suzanne Haiti. This was the 11th year of the trip with the goal of offering a free clinic and pharmacy to the people of Sainte Suzanne and other surrounding towns. Through my parish, Christ the King, and our organization, Renew Haiti, people donated various medications and vitamins along with large donations from company donors. Because of this we were able to take 25 suitcases of medication and vitamins to Haiti.

The days leading up to our in Haiti tickets were handed out in order to help regulate the times in which people came to the clinic. When they arrive, their vitals were taken and then they were sent to one of the eight volunteer doctors and nurses for a consultation with the help of interpreters. If they were prescribed anything they were sent to the pharmacy where they pick up their medications for free. One of the most common illnesses in Haiti is typhoid which we saw a lot of in people of all ages because of the poor drinking water.

My favorite experience from working in the pharmacy was being able to give some of the patients reading glasses. In Sainte Suzanne there is no eye doctor and very little access to reading glasses or money to buy them. Therefore we brought some to the clinic and were able to give them out to those with very poor eyesight. With their new glasses they were able to read and see up close.