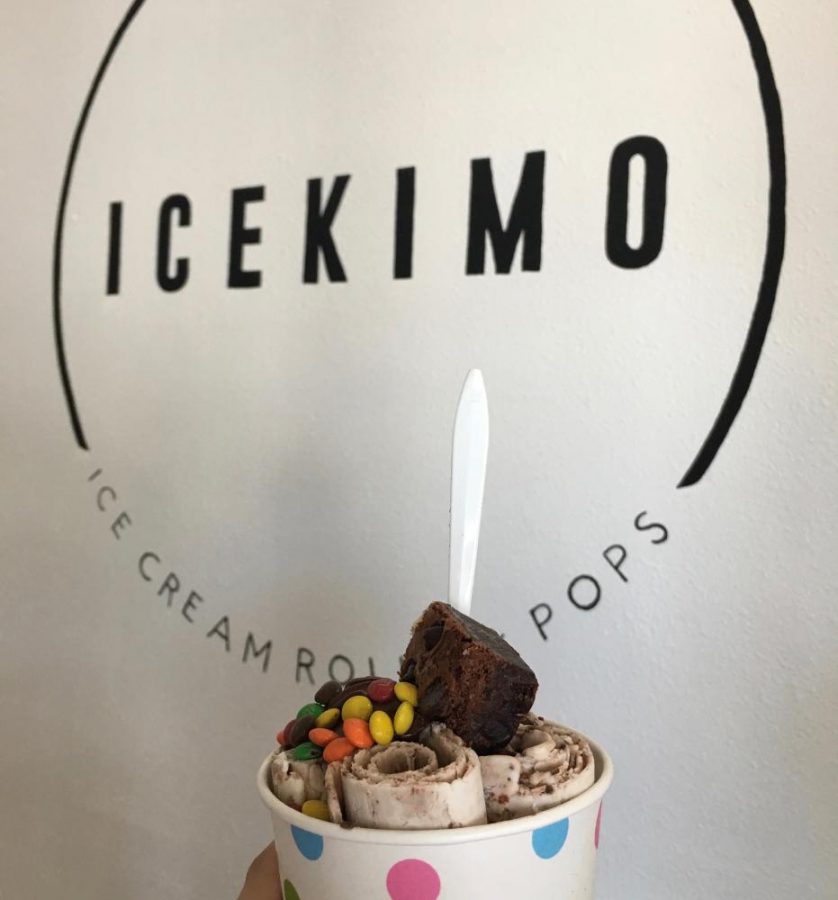 Icekimo has caused excitement in Academy students due to its close proximity.

Icekimo, an ice-cream shop, recently opened within a strip mall on South Macdill Avenue, which is within walking distance of Academy.  The shop is known for their rolled ice-cream, which has become a popular trend among students. In addition, Icekimo sells a variety of popsicle flavors.

Rolled ice-cream began in Southeast Asia, and has since spread throughout the United States. Rolled ice-cream is made using a an ice-cream base that is then combined with various ingredients. The base and ingredients are poured onto a cold surface, which causes it to freeze. From there, the ice-cream can be rolled.

Abby Mclachlan (‘21) said, “I like rolled ice-cream because it tastes good, and I think the way that it is made is really cool. It is interesting to watch the people make it.”

In addition to the various rolled ice-creams, customers are also able to purchase popsicles for $3.50 each. Icekimo offers flavors such as strawberry and lemonade popsicles.

Some Academy students have taken advantage of Icekimo’s close proximity, and have acquired jobs at the shop. For example, Morgan Tata (‘19), Maria Almendares (‘19), Dominique Deer (‘19), and Allie Golson (‘19) are all now employed at Icekimo.

Almendares said, “I like working at Icekimo because the environment is very friendly. My stepdad knows the owner, so I feel very at home there. I also love the aesthetic of the shop. Currently, I work Thursdays, Fridays, and Saturdays.”

In addition, several Academy students are excited to finally get to try rolled ice-cream.

Almendares mentioned Icekimo’s plans for the future, which includes a potential “Taco Tuesday.” On “Taco Tuesdays,” Icekimo will offer special discounts on the rolled ice-cream bought in tacos.