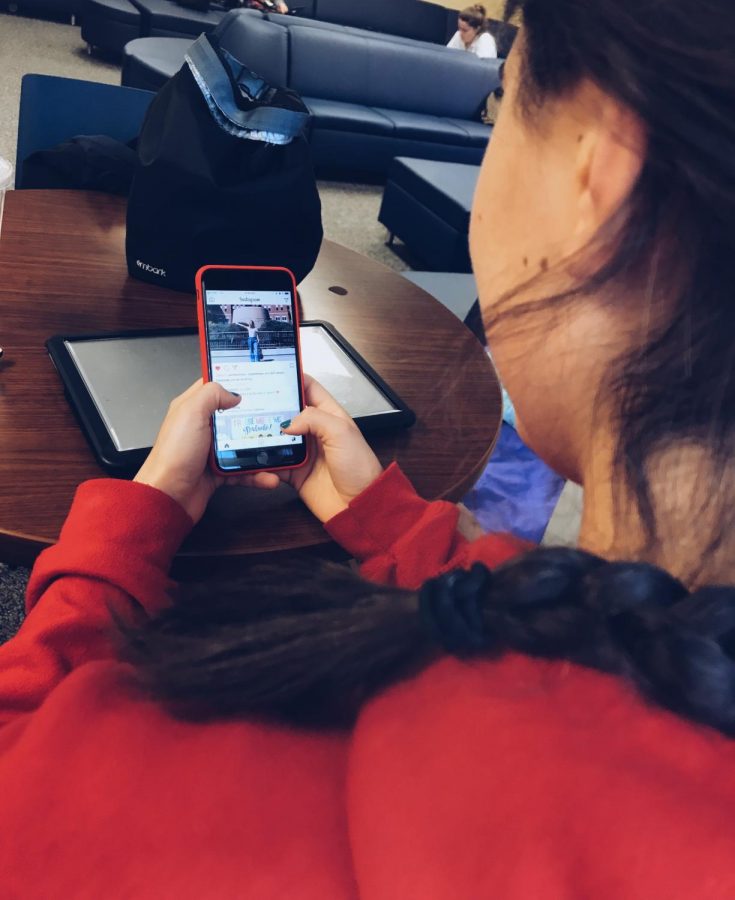 Some Academy girls find themselves with the constant tick to check their social media timelines.

Social media is becoming increasingly influential and prominent in 2018; anything can be posted and anyone can see it, but it doesn’t mean everyone should. Although many teenagers do not register all of the hours they log being on networking apps, it is proven that they spend excessive amounts of time using forms of social media which interferes with their social, creative, and emotional aspects of their daily life.

Caitlin Otte (’21) said, “I thought giving up Instagram for lent was going to be really hard, and to a certain degree it was, but it also encouraged me to live in the moment. I still had Snapchat so I could keep in touch with my friends, but I wasn’t so caught up in how I was being portrayed on social media. People put so much emphasis on the amount of followers you have, how many likes you get, etc. But taking a break from it all put things into perspective. Social media is a great way to keep in touch with people, but it shouldn’t define who you are or what you believe in.”

Social networking addiction is not a recognized disorder but has many behavioral impacts that can lead to an interference in the well being of a person. The unrecognizable habit to constantly check one’s status or timeline on Twitter, Facebook, Instagram, is an unconscious dependency that children, teenagers, and adults develop which turns into an addiction.

In order to become mentally healthier and more in tune with the communicative present, one must limit their use of social media to one hour so that they can better focus on their relationships, self love, and productivity.

To have a more balanced life involving social media, it is important to be aware of the amount of time and the emotional toll that it is taking up day by day. Going to the gym, catching up on homework, going out with friends, or putting down the phone during dinners or events will allow for a more productive day, a healthier mindset, and stronger relationships with others.