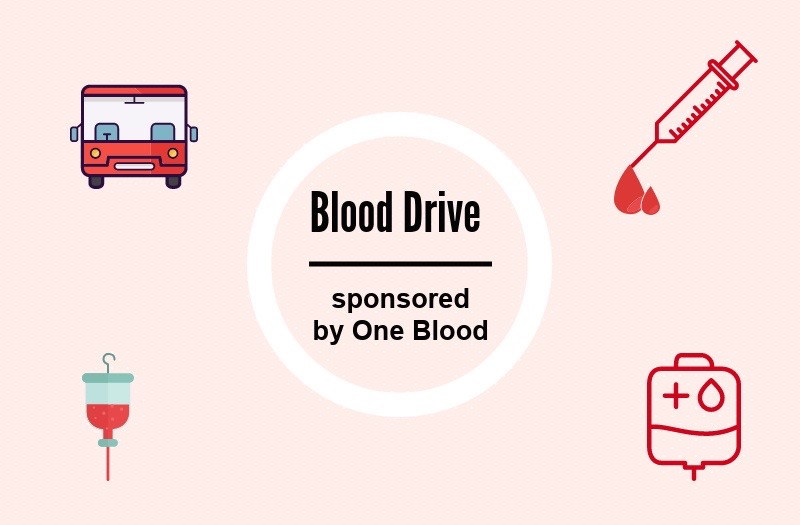 OneBlood has affiliations with organizations, allowing access to new opportunities, research, and information critical to maintaining a safe blood supply for the community.

On Friday, November 30, 2018,  Academy held their annual Fall Blood Drive, which was partnered with OneBlood.

Myah Rhines (‘19) says, “I’m super excited for the blood drive. I did it for the first time last year, and was really nervous before going because I had seen all the horror stories of giving blood. I had no bad reaction and actually really enjoyed the atmosphere provided and all the encouragement I received.”

Before giving blood, it is important to research or ask someone about how to prepare for it. Mrs. Paige Rodriguez, one of the high school’s world language teachers, sent an email about important things to know about giving blood. Most importantly, she mentions how vital hydrating is, as well as eating healthy and balanced meals the prior week. By doing this, it will help prevent passing out or feeling ill after donating blood.

Julianna Cianfrocca (‘19) says, “I’ve never given blood before, so I’m super nervous. I don’t like blood, and I don’t like needles, so we will see how it goes. I pray that I don’t pass out, but I’ve heard a lot of people that have passed out. I think I will just be eating a lot before and after in order to prevent that from happening.”

After donating blood, the blood is tested to make sure that it is safe for transfusion. If the results are negative, the blood is then labeled and ready to be distributed in the hospital. Further, OneBlood partners with a majority of hospitals around the country, in order to have equal distribution throughout all areas. Each blood donation is capable of saving up to three lives. Specifically, the patients that are in most need of blood are cancer patients, people receiving orthopedic or cardiovascular surgery, and those with inherited blood disorders.