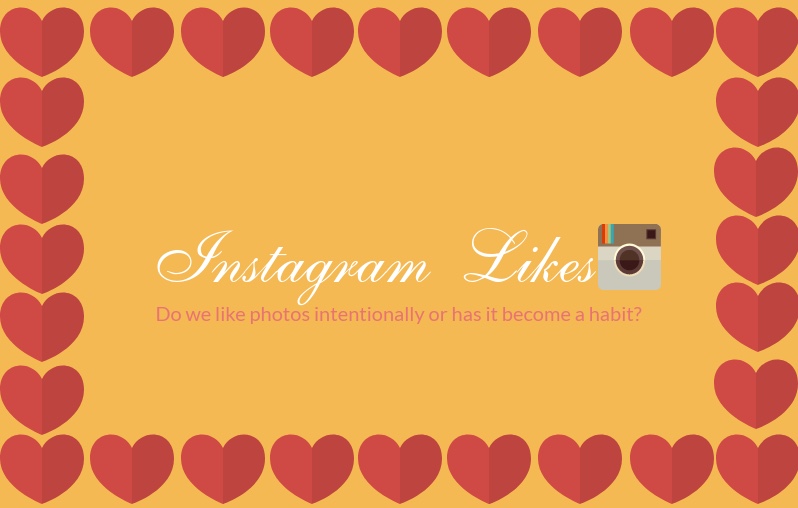 Because of the common use of the app, things we do on the app start becoming a routine for us. For example, we wake up in the morning and brush our teeth, wash our face, and change out of our pajamas. Although, we do not think about doing this since it is something you do everyday.

Furthermore, because of how much Instagram is used, a habit of liking people’s photos can be created.

Scrolling through your feed and double tapping a person’s photo can be muscle memory or just a habit created from continuously using the app.

However, some people view likes differently.

Fallon Flaharty (‘19) says, “Even though I follow a lot of people on Instagram, I don’t like everyone’s post. It’s not anything I have against the person, I just normally like the photos that catch my eye or are of people that I know.”

Recently, an account created on Instagram called, “World_record_egg”, posted a plain photo of an egg, with the intention of getting the most amount of likes on Instagram. Before this post, Kylie Jenner’s post of her holding her newborn Stormi’s hand was the most liked photo on Instagram. Despite Jenner;s impressive record of 18 million likes, the egg quickly passed that, now having over 40 million likes.

This topic has been talked about on many social media platforms and have influenced others to create “World_record_egg” accounts to receive more likes. For example, an account was on Twitter and  is now trying to receive the most number of likes on Twitter.

From this, it is obvious that people are obsessed with getting likes and attention on their social media accounts. Some people may use a technique called “like for like”. Further, if one user likes another user’s post, they may be doing it to receive a like from that user.