The Problem With Social Media Challenges 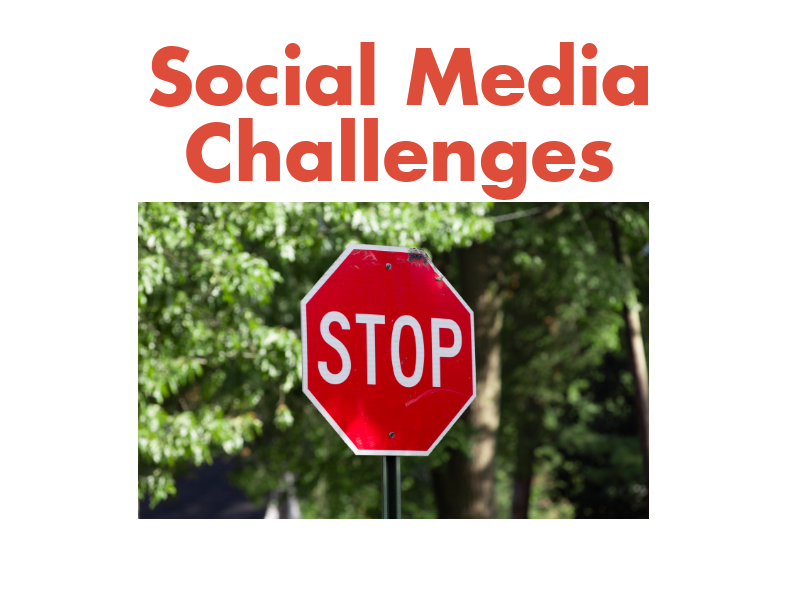 In 2018, social media challenges became a very popular thing on the internet. The most popular challenges of the year included the Tide Pod challenge. The Tide Pod challenge became one of the most dangerous, due to the fact that Tide Pods come with extreme health risks. They are laundry detergent and strictly used for that only, but someone decided to take a video of them eating it, and it grew from there. Tide had to issue and warning and the poison control came out saying that they had received thousands of calls during that time.

The Kylie Jenner lip challenge was also a popular one last year. This was inspired by Kylie Jenner’s new lips, which she got from getting lip injections. People would suction cup their lips until they noticed them swelling. Some of the results that many people had, were bruising all around the mouth, bleeding, swelling, and ripped lips.

“I think challenges can be pretty stupid and dangerous. It promotes kids to do dangerous things because it seems fun and challenging. I do not think that they are a good idea. My brother did the Kylie Jenner Lip Challenge, and he was fine, but his lips looked gross for a while. He regretted doing it,” says Dominique Deer (‘19).

Another popular one, was the In My Feelings challenge. This came from Drake’s song “In My Feelings.” People would get out of the car, while it was still moving, and do the dance to this song. Many people injured themselves badly, because it is very dangerous to start walking out of a moving car, especially if it is moving fast.

“I think social media leads to more peer pressure, and with videos getting so popular, people are more likely to try something themselves,” says Samantha Cuttle (‘22).

2019 already has a new social media challenge, called the “Bird Box” challenge, which was inspired from the new Netflix movie, “Bird Box”. People are blind-folding themselves while doing everyday activities, while videotaping it, which is leading them to injury themselves.  Youtuber Jake Paul added more attention to this, by blind-folding himself, and walking in the middle of Los Angeles traffic and put it on his Youtube channel, which is viewed by many young kids.

“I think any type of social media challenge should be to spread positivity and awareness to things that need attention. An example of this was the Ice Bucket challenge,” says Deja Vega (‘19).

The Ice Bucket challenge was one of the few challenges that made a positive influence, and raised millions for people living with ALS (amyotrophic lateral sclerosis). People dumped a bucket of ice onto their head, and then nominated other people to do the same. They would then donate to the cause after. Many celebrities including Bill Gates and Taylor Swift joined in, which is what helped the challenge to become viral.