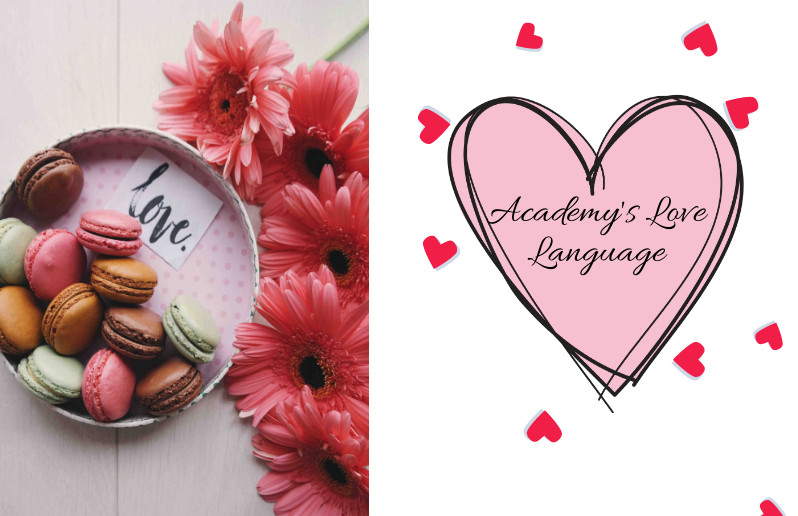 According to a study done by Florida State University, couples who made a habit of having “angry but honest” conversations tend to be happier in the long run. (Photo Credit: Adrianna Radice/Achona Online/Piktochart)

According to a study done by Florida State University, couples who made a habit of having “angry but honest” conversations tend to be happier in the long run.

As the season for Valentine’s Day approaches, the idea of love and companionship is one heavily discussed by all different variations of people, creating an atmosphere which focuses heavily on the intimate relationships people share with their loved ones. With this in mind, it is important to remember that navigating relationships at any point in life can be a stressful task, and without truly knowing oneself, it can be hard to confidently give yourself to another individual.

It is for this very reason that Dr. Gary Chapman, a counselor and author, wrote his book “The 5 Love Languages: The Secret to Love that Lasts,” in order to express his opinion on how to best maintain a healthy  relationship.

Chapman’s theory consists of the idea that there are five core love languages, and everyone expresses and best receives love according to these languages at various degrees depending on that person’s own personal dynamic. These languages include “Words of Affirmation,” “Quality Time,” “Physical Touch,” “Receiving Gifts,” and “Acts of Service.”

Each of these languages obviously suggests something different about what that one person prefers within a relationship, and thus, it is meant to better help individuals know themselves and their partners so that they may better communicate.

So what do the individual languages mean?

Words of Affirmation: Chapman describes this language as being one which is predicated on the idea of uplifting words, compliments, and reassurances which in turn comforts the individual receiving them.

Quality Time: Those who speak the language of “Quality Time” flourish when giving and receiving undivided to attention to and from their partner, respectively.

“I got “Quality Time,” I was surprised by it because I would have expected words of affirmation instead of that just because I’ve always been someone who values words,” says Gabby Boyd (‘19).

Alexa Fredericks (’20) said “My number one was “Quality Time,” with a score of eight. This is not very surprising to me. Along with this, I usually spend my weekends or free time preparing for the upcoming school week instead of spending that spare time with friends and those I love. Since my Quality Time was ranked highest and I have no free time, this would probably explain why I am single.”

Physical Touch: “Physical Touch” is probably one the most well known forms of expressing one’s love. Those whose primary love language consists of “Physical Touch” will most likely find themselves reaching for their partners hand or simply seeking out contact from their partner at random times because this is how they receive their emotional reassurance.

“I got “Physical Touch.” Personally, I just love being able to comfort someone or greet someone I haven’t seen in a while with a hug. To me, that just shows how much a person really values you and how much you value them,” says Sarah Munera (’20).

Receiving Gifts: Though many of the love languages are rooted in the idea of giving to one’s partner, whether it be words, affection, service, or time, those who value the act of “Receiving Gifts” the most are more involved in the idea of sentiment and thought. These individuals value the idea that their partner was thinking about them enough to get them a physical embodiment of that feeling.

Acts of Service: Those who communicate their love through “Acts of Service” value the idea that their partner would go out of their way to do something helpful for them without the need to ask. These individuals would feel most pleased when the dishes were done for them when they got home, or perhaps their partner picked up some groceries they knew the other needed. It is a language which is predicated on the effort and thought which goes into helping a partner.

Amelia Cuttle (’21) said, “Getting “Acts of Service” wasn’t very surprising to me. I think that it was a good representation of what I thought I would get, honestly. Looking at the other options, I don’t think another one would of have been more accurate. I think the concept of the quiz is interesting, but I don’t know it’s really possibly to identify someone’s “Love language”, as I think it can be many different things.”

“I liked the quiz because it made me think for a minute: would I really prefer a gift or be able to spend time with someone. I feel the results people give just really tell a lot about their character and what they value,” says Sarah Munera (’20).