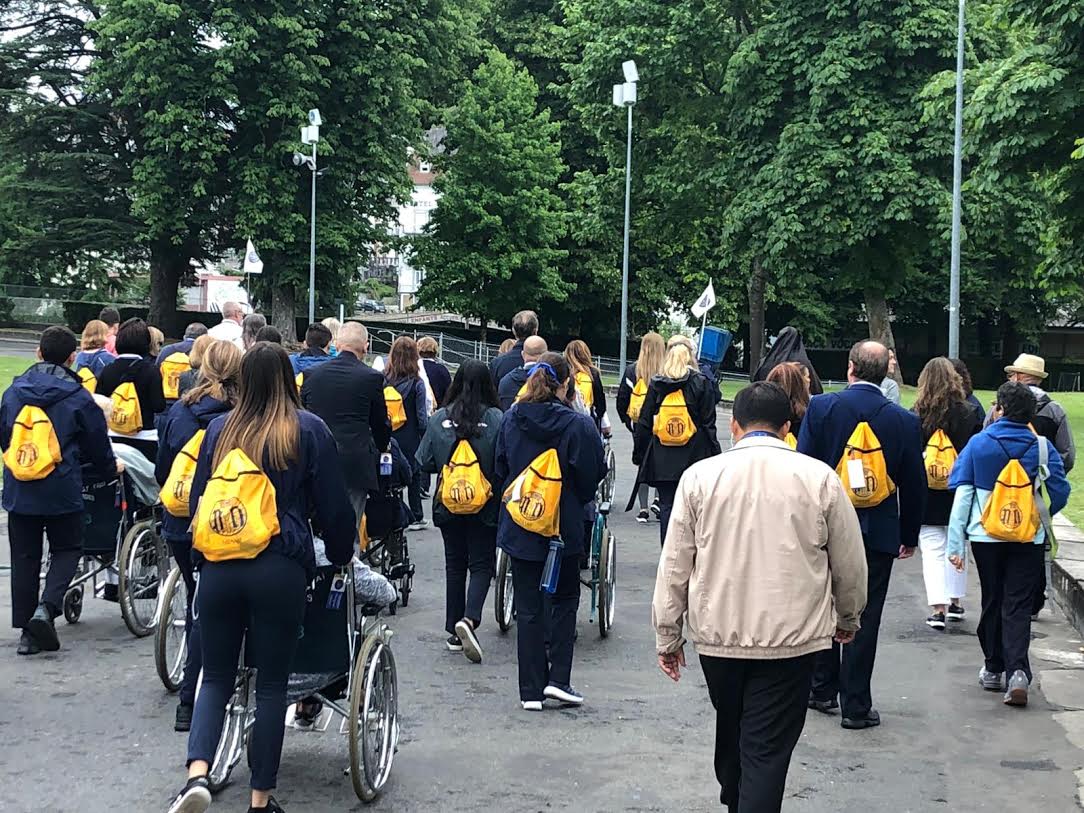 Student Sahar Bueno-Abdala (’21) visited Lourdes, France with a service group of around 100 participants from Miami, Florida.

Over the summer, Sahar Bueno-Abdala (‘21) attended a service and spiritual trip in Lourdes, France from June 29 to July 5. Bueno-Abdala went with a service group from Miami, Florida to deepen her spiritual connection to God.

Bueno-Abdala found out about the trip through her mother. Her mother was a part of the Our Lady of Lourdes Church in Miami, Florida that held the spiritual trip to France every year, and she informed Bueno-Abdala of the opportunity. When June came around, Bueno-Abdala, her mother, and her father took a nine hour flight to Paris, France and then an hour flight to Lourdes, France.

Around 100 members of the Our Lady of Lourdes Church were in attendance, including fifteen young people. Bueno- Abdala said, “Throughout the first three days of the trip, I was anxious to be there. My mom planned the trip, so I tried to stick around her the whole time. Suddenly, something shifted and I became way more comfortable with the other young people.”

On the first day in Lourdes, Bueno-Abdala met up with her pilgrim. The pilgrims were members of the church with mental and physical disabilities who were invited on the trip. Bueno-Abdala was tasked with accompanying and helping her pilgrim on the trip.

Bueno-Abdala said, “My pilgrim was an elderly lady named Ally. She had a physical disability, and could barely walk. Because of this, I helped her experience Lourdes by assisting with her wheelchair. Serving the pilgrims was a very rewarding experience for me.”

Throughout the week, Bueno-Abdala and her pilgrim visited various holy sites in Lourdes. They visited the Basilica of Our Lady of the Rosary, toured the life of St. Bernadette, and attended an all-language mass. The central focus of the trip was the healing baths which flow from a spring in the Grotto of Massabielle.

Bueno-Abdala said, “One of the most touching experiences of the whole trip was visiting the baths in Lourdes, where we were dipped in. I had a moment before the dipping in which I was filled with emotion, and I decided to offer my dipping for my pilgrim. It was a very powerful experience.”

When asked how they impacted her, Bueno- Abdala said, “These kids caused a shift in my faith. They were so young yet had so much love for God, and I felt so loved and inspired by them. They were never afraid to show the love that God wanted them to share.”

At the end of the trip, Bueno-Abdala sat with the members of the church and shared her experience. The pilgrims and the volunteers also shared their stories with her. By the end of the discussion, everyone was in tears because of the moving experiences that they had shared. Bueno-Abdala bonded with almost all of the people she encountered on the trip, especially with her pilgrim.

Bueno- Abdala said, “Overall, my experience was incredibly powerful and moving. I would encourage anyone who encounters a similar opportunity to take it.” Service was the center of Bueno-Abdala’s trip, but she experienced much more than that. Bueno-Abdala said, “I have grown so much spiritually since my trip. It was an amazing opportunity and a highlight of my spiritual journey so far.”

Have you ever been on a spiritual service trip?