Breast Cancer Awareness Month: The Importance of Self Checking 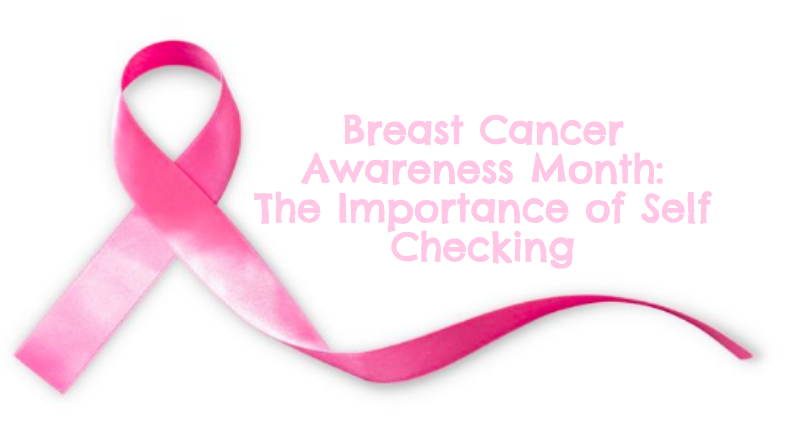 October is known as Breast Cancer Awareness Month. We have seen the age of breast cancer diagnosis decline in recent years, thus advocating the importance of taking precautions through practicing self checks and scheduling yearly mammograms.

Amidst the numerous occasions associated with the month of October, one of the most important amongst them is Breast Cancer Awareness. Beginning in 1985, October has been known as National Breast Cancer Awareness Month, a campaign that raises awareness for the disease that has claimed the lives of thousands of women in the United States alone.

Within the last ten years, awareness has started to be pushed onto younger women as the average age of breast cancer diagnosis has gotten progressively younger. Although the average age of diagnosis lies at about 60 years old, recent studies have shown that women between the ages of 35-45 run a greater risk of being affected as opposed to a decade ago. One possible cause for this age decline could be tied to be society’s recent diet changes and how the introduction of preservatives in nearly all foods and drinks have been linked to various health related issues. A study conducted in 2018 found that highly processed foods heighten the risk for cancer by 12%. In addition to that study, breast cancer was specifically associated with greater consumption of overly processed and produced goods.

Kylee Weathers (‘20) said, “As someone who has a close experience with breast cancer, this month really holds a special place in my heart. I think that taking extra precautions has no age limit age limit regardless if the disease is genetic or not . You never know what could happen in ten, twenty, thirty years, So I think that acting proactive now allows you to be protected against whatever happens in the future.”

With the average age of diagnosis slowing decreasing, national organizations such as the CDC and the National Breast Cancer Foundation have advocated to women everywhere to schedule mammograms and practice self checking. According to Johns Hopkins University Medical Center, an adult woman should perform a breast self-exam at least once a month and get scanned at least once a year.

Although there are many steps that can be done to detect breast cancer early on, there is no sound way to prevent or cure it. At least not yet. However, due to its common occurrence, the five year survival rate  if found early is very high, rounding out to about 90%. On the other hand, if the cancer is found in its later stages, the five year survival rate drops to less than 30%. What’s even more serious is the time frame in between each stage, which can range anywhere from weeks to months. In this case, the biggest precaution that can be taken is to practice frequent self checks, as you know yourself more than anybody.

Frannie Ferreri (‘20) said, “As an all-girl school, I think that it is extremely important to be aware about the possibility of being affected by breast cancer, as it can happen to any one of us. You know your body better than anyone else does, so I think that it is our responsibility to not only take care of ourselves but help us take care of one another by pushing the practice of self examinations.”