How to Avoid Dystopian Society Seen in Film 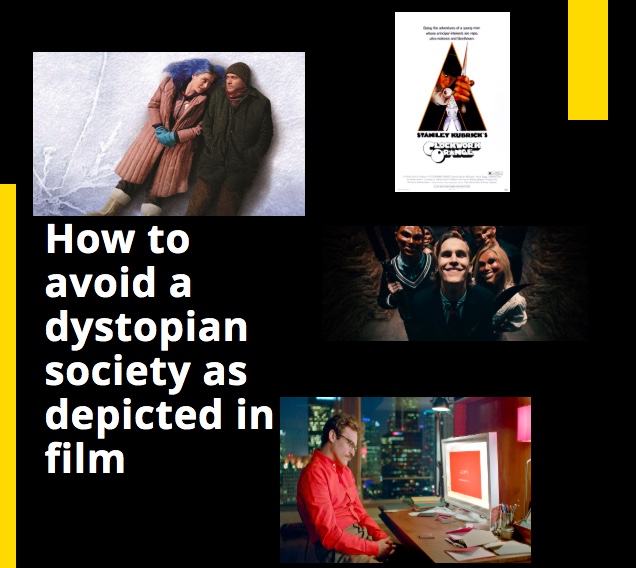 Technology isn’t just something that happens to us; it’s something we can decide to build and to use, or not.

Have you ever considered the possibility of dating an operating system? Or technologically erasing memories of your ex? Dystopian movies depict scenarios like this, and while they may seem obscure or unrealistic, they are not far from being future real-life possibilities. However, steps can be taken to avoid the dystopian societies depicted in films.

A relationship with an operating system prevents human beings from interacting with other human beings. If this happens in the future, will all real human connection be lost?

Today, science innovation is progressing at a fast rate, and many scientists are working to create robots that both function and look exactly like a human being. This brings up the possibility for robot-human relationships in the future.

The 2013 movie, “Her”, depicts Theodore Twombly, played by Joaquin Phoenix, and his romantic relationship with Samantha, an operating system programmed by scientists. Although their relationship has emotional aspects, there are no physical connections between man and machine. Theodore is set out to go on dates by himself, with an earpiece being the only connection he has to his operating system girlfriend.

In the movie “Eternal Sunshine of the Spotless Mind”, Joel and Clementine, played by Jim Carrey and Kate Winslet, form an intense, passionate relationship, which ends in a bad breakup. The awful breakup leads both Clementine and Joel to go to a doctor who is capable of erasing the memories of their ex. As Joel is receiving the procedure, he realizes that it is a mistake, and that he would rather deal with the pain of the memories rather than having none at all.

In order to avoid these situations, ethical behavior must be encouraged. Ethical frameworks and norms guiding technological innovation, especially concerning new technologies, could be elaborated between those actually involved, rather than relying only on regulators who inevitably struggle to keep up with the pace of change.

“We are way too dependent on technology. Today, little kids have iPads and our generation did not. So what is the next generation going to be like? Will they be texting each other at a very young age?” says Mary Kelly Cardillo ‘20.

The movie, “A Clockwork Orange”, depicts a young man named Alex, a sadistic sociopath who finds joy in killing his many victims. Under the government, a group of scientists perform a scientific procedure on Alex to void him of his sadistic tendencies, supposedly making him a normal, moral man. Alex lies to the scientists, saying that he feels completely normal after the scientific procedure, and is released back into the real world, only to remain being a sadistic killer who is a threat to society.

In conclusion, the politicians were willing to let Alex be a threat to society as long as it made them look good in the field of science.

To avoid extreme, unethical political power as represented in “A Clockwork Orange”, the rules and regulations for procedures should not only exist within the government, but outside the government as well. This way, ethical guidelines can overrule government if needed.

In general, there are several aspects that can help avoid any future dystopian changes in society.

These aspects include teaching critical thinking in schools, questioning how ethical certain procedures are, and having more dialogue between those working on new technologies and the policymakers who create the laws around them, as well as more discussion about the risks.

This will not fully guarantee that society avoids drifting into a dystopian future, but it will allow society to pick up signals if something seems “off”.